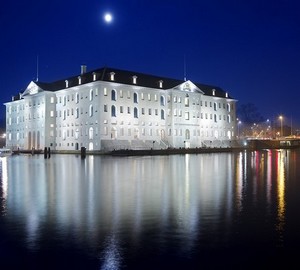 Now, few people know that Amsterdam was once the largest port in the world, and Holland had the largest merchant fleet. And it is not surprising that Amsterdam boasted the second largest Maritime Museum. Officially it was opened on 13 April 1973, Princess Beatrix and housed in a building which is itself one of the exhibits of the Museum. 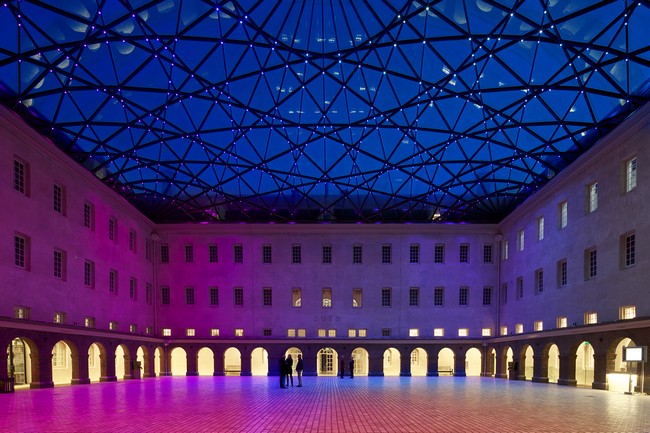 This monumental building was built in 1656 as the Admiralty warehouses and Arsenal by the project of Daniel Stalpaert – known architect of that time, whose name is immortalized in many architectural monuments of Amsterdam. In 2007 the Museum was closed for major reconstruction, during which the courtyard of the former Arsenal was closed by an openwork structure of glass and metal, the adjacent piers were removed, and all the exhibits were systematized and placed in the thematic exhibitions in 11 halls. The new Museum opened in 2011. 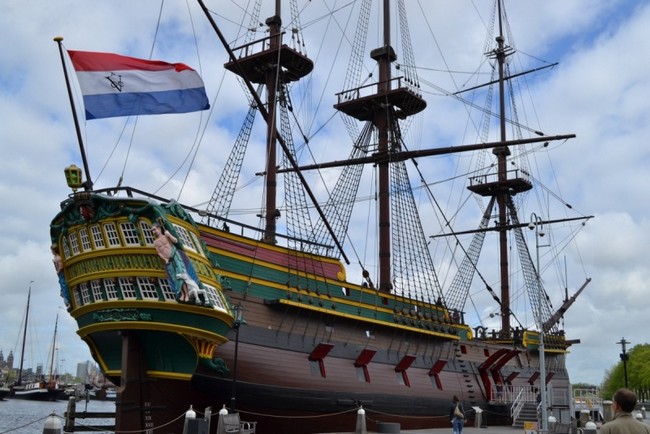 Now here are exhibits on 500 years of Dutch history from the Golden age of whaling to modern life Amsterdam sea harbour. The most interesting exhibit dedicated to the “Golden age”. Witness the great discoveries of that time moored nearby luxury sailing ship “Amsterdam”, once belonged to the East India company. The ship never returned from its first voyage in 1749, and 1985-1990 for the Museum was created an exact copy. Now anyone can climb aboard and thoroughly consider all of its equipment and interior. 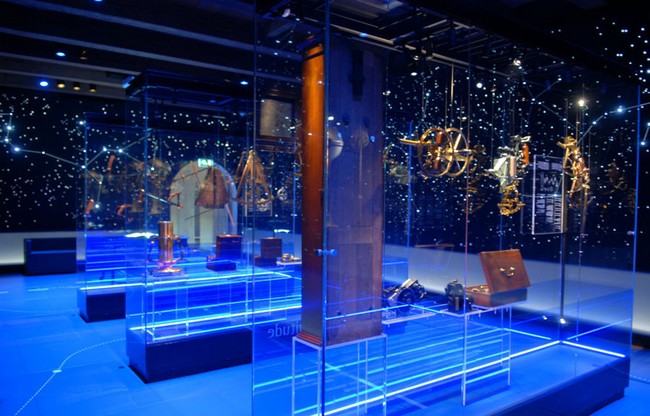 Among the Museum exhibits an extensive collection of paintings devoted to the great naval battles, portraits of the Dutch navigators, as well as a unique collection of nautical charts cartographic geniuses of science of the seventeenth century Willem and Jan Blaeu. Notable exhibits here is a copy of the book “On the Moluccas” about the first voyage round the world of Magellan, the work of Maximilian Transilvana, published in 1523 a Very interesting and rich collection of globes, navigation instruments and treatises on navigation. 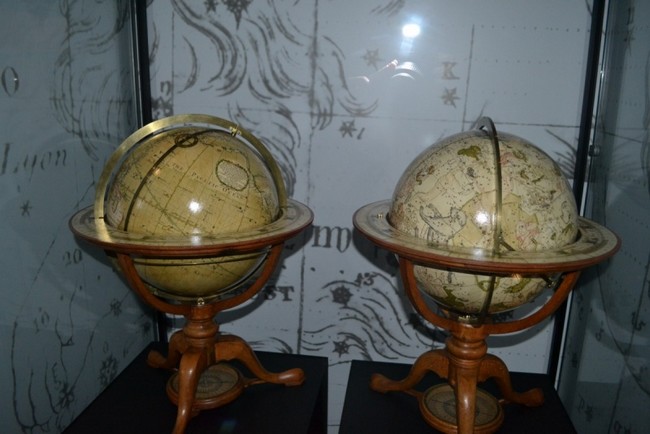 The pride of the Museum is the largest collection of rowing boats, sailing boats, however, the area of the Museum is that it exhibits small ships in full size. In addition, there is on display a very rich collection of various models of courts depicting the history of shipbuilding from ancient Rome to modern times. For those who are little interested in ancient shipbuilding, there is an exposition dedicated to modern cruising yachts and transoceanic liners. 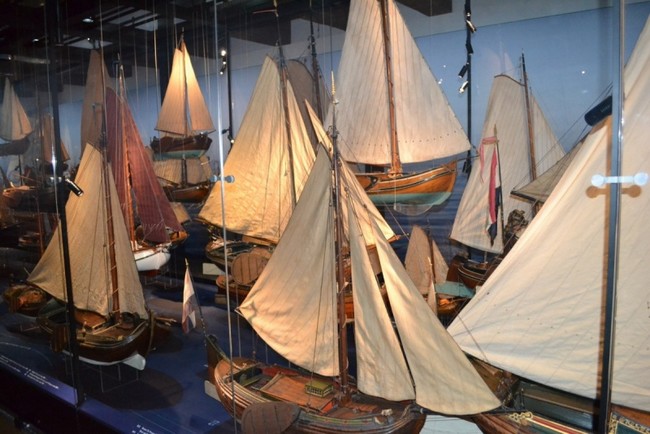 In the Museum you can even play interactive games, take a virtual journey into the world of pirates and naval battles, and battle trophies… “Battle trophies” can be purchased as usual at the gift shop or the restaurant that is located on the territory of the National Maritime Museum in Amsterdam.