National Museum and gallery of Capodimonte 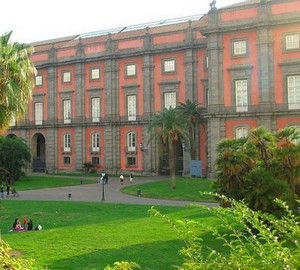 The most important Museum of Naples, which became widely known in Italy, is a Museum and gallery of Capodimonte. Many of the paintings in the Museum belong to the world famous family of Farnese, which was brought to the Museum such glory. In addition, the Museum has one of the largest collections of paintings of Tiziano vecelli.

The Farnese family has existed since the 13th century, but the first historical mention of it came when Alessandro Farnese wearing the papal tiara. In the story he came as Paul III. The whole Farnese family now began to live differently, to the same Pope put his relatives to very important positions. 14-year-old grandson of Pope Alessandro, who was already at that time a cardinal, was fond of art and painting, as well as his grandfather. Because of problems with finances he was not, most of his money he spent on paintings and other works of art. But the most significant painting “the last judgment” in the Sistine chapel was purchased by Paul III.

Paul III later ordered many more paintings from Michelangelo, but his grandson didn’t want to keep up with him. So Giorgio Vasari by order of Alessandro wrote a “Biography”. The young man wanted to succeed in everything, even some architectural projects are not held without the participation of Alessandro. 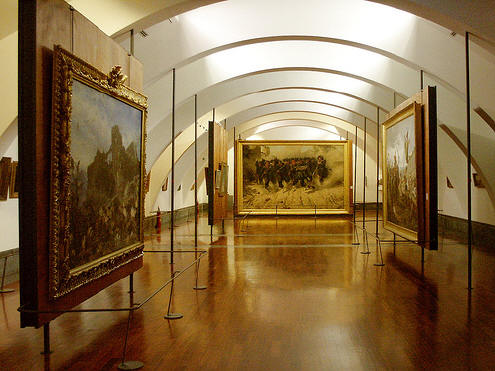 In 1543, at the invitation of Paul III into Bologna arrived Titian, to create a portrait of the Pope. The picture was much admired, and two years later Titian painted the whole Farnese family in Rome. Back to Rome with the artist brought his famous painting “Danae”, which was ordered he has grown-up Alessandro. Titian has long been in Rome, but still has not started a series of portraits of the Farnese family. After a while Titian was in Piacenza, where he painted a portrait of his son Paul III – Luigi Farnese. A collection of portraits has been very impressive.

In 1715 randomly the entire collection of paintings collected by the Farnese family, was Philip V, who married Elizabeth Farnese. Their son Carl is very carefully treated to works of art, and in 1737 began the construction of the Palace, specifically for the storage of the collection. This Palace was named Capodimonte (which translated from Italian means “on the mountain“). The construction of the Palace lasted, and lasted more than 100 years, so the paintings were temporarily placed in the Royal Museum. Time passed, and in 1860, Naples ceased to be an independent state, in connection with the unification of Italy. Changes were made to the Royal Museum – now it was renamed the national Museum.

After the Second World war it was closed for renovation, and all the exhibits were transferred to the Palace of Capodimonte, who later became known as the national Museum and gallery of Capodimonte. For the first time the doors of this Museum was opened for visitors on 5 may 1957.