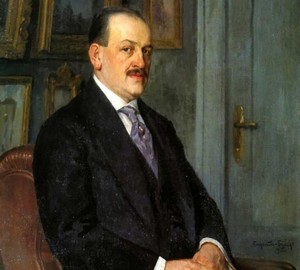 Biography of the painter Bogdanov-Belsky is very interesting: from his birth in a remote poor village, to a prominent master with a huge creative heritage.

Born Nikolai Petrovich in Smolensk province (now Tver oblast), in the village of Siteki in December 1868. About the father nothing is known, and the mother hired a farmhand to local landowners. The Bogdanov surname he was given at birth as a “God-given”.
Literacy Nicholas learned at a local Church at the parish school. At an early age already showed an inclination and talent for drawing, which was noticed by the famous founder of the public schools Rachinski Sergei Alexandrovich.

Raczynski, actively taking part in the life of Bogdanov, in 1882, gave the boy to paint icons in the Trinity-Sergius Lavra. And in 1884, at the age of 16 years, Nicholas is studying at the famous Moscow school of painting, sculpture and architecture, staying there for 5 years.

He studies with the famous artists of the Wanderers: V. E. Makovsky and I. Pryanishnikov M. Subsequently, in 1895, Bogdanov himself becomes a member of the Peredvizhniki group. Also his teacher was and Polenov Vasily Dmitrievich.

Raczynski monitors the progress of the student and helps him pay. But with 18 years Bogdanov was able to earn himself a living selling paintings. His undoubted talents, he immediately attracted attention for his work.

And his thesis “Future monk”, written in 1891, is widely known due to the fact that it was bought by the Empress Marie Feodorovna wife of Alexander III. Bogdanov was awarded a silver medal and qualification level – “cool artist”.

Now he’s a recognizable artist, in 1895, entered the workshop Repin at the Imperial Academy of arts. He has enough money to go to Europe for training.

In 1903, finishing the training at the Academy of arts, Nikolai Petrovich gets double surname. Emperor Nicholas II, by signing a certificate of completion of training, added to the name “Bogdanov” hyphenated – “Bielsko”.

At the age of 37 Bogdanov-Belsky became an academician, and in 1914 he was member of the Academy of fine arts.

During this entire period of time the artist has written such films as “reading writing”, “Oral account”, “Children at the piano,” “Portrait of Yusupov” and many others.

He’s a public figure, is a member of various art societies, including was Chairman of the creative Union of artists of St. Petersburg named after A. I. Kuindzhi until 1918.

The 1917 revolution Nikolai Petrovich was not able to understand and accept. The work was not exhibited, not sold because of the difficulties with the new government. And in 1921, Bogdanov-Belsky left Russia, fleeing to the Baltic States.

In Latvia, the artist has lived for 23 years. He opens the second breath. He actively joins in immigrant and artistic life of Riga. Participates in exhibitions, organizes personal exhibitions.

In 1930 Nikolai Petrovich received the highest state award of the Latvian Republic for merits in public and cultural activities.

Bogdanov-Belsky imbued with the lovely, quiet nature of the Baltic States, writes a lot of landscapes, but child theme doesn’t leave.

“Balinova. Latgale landscape”, “Shepherd”, “school”, “Little concert with balalaika” is a fraction of what was created by the artist.

During the Second World War, Bogdanov left to live in Latvia. In 1944, he became ill and his wife is sent for treatment in Berlin.

Nikolai died only two months before the end of the war. His grave is at the cemetery Berlin Tegel.

Paintings of Russian artist Bogdanov-Belsky can be seen in museums around the world but, unfortunately, it is almost forgotten at home. But all his work is very Russian, filled with the “Russian spirit”, village, nature.

Would like to see the story of the life and work of this extraordinary person and artist waited for his research, study and proper evaluation.