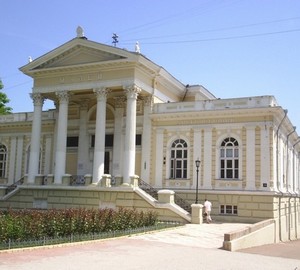 Once in Odessa, this beautiful resort area of Ukraine, it is impossible not to notice one remarkable place called, the Odessa archaeological Museum. It is located on a quiet Lanzheronovskaya street in the old mansion of the nineteenth century, designed by Polish architect F. Gonsiorovskiy. The Museum contains exhibits, starting with stone age and ending with the middle ages.

In the Museum 10 exclusive rooms with an area of 1100 m2, but these areas are sorely lacking to accommodate its entire collection of exhibits. Employees of the Museum try to periodically change the exposure, conduct a thematic exhibition, to acquaint visitors with all the stored funds of antiquity. The Museum has about one hundred and seventy thousand various exhibits from different eras, and they belong to various peoples who lived in the Northern black sea region, the inhabitants of Kievan Rus, the ancient Greeks and Byzantines, ancient Egyptians and Romans, and medieval Italians. 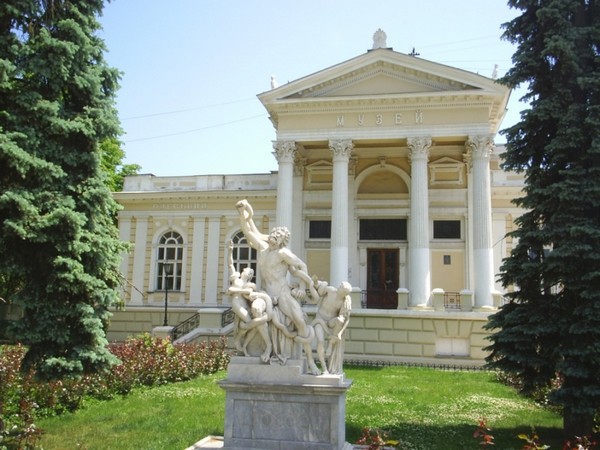 Archaeological Museum began its existence in the Odessa city Museum of antiquities in 1825. The first exhibits presented philanthropist from Odessa P. Blaramberg. After the archaeological excavations in the South of the Russian Empire the Odessa society for history in 1839, gave the Archaeological Museum a large number of unique exhibits of the epoch of Egyptian antiquities. They have become nowadays the basis for the best collection. With the rapid increase in the number of exhibits, it was necessary to construct a new building, the construction of which was allocated money the city mayor G. Marazli, who was sympathetic to science.

In our days the collection is constantly updated thanks to the annual archaeological excavations of ancient settlements. In the Museum display so that the transition from one room to another and looking at the booths, even without a guide to trace the historical periods of development of culture of different eras. 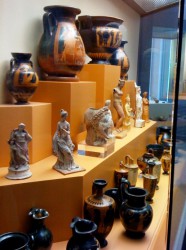 Ceramics in the Odessa archaeological Museum 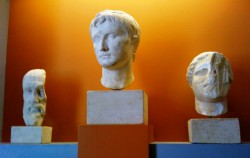 sculptures
In the first two halls of the exposition 2000 years BC. It is the unique finds from burial mounds and ancient settlements of Gumelnita, Usatova, and Tripoli. There are exhibits of hoards of bronze burial ground tombs and burials.

The next room tells visitors about 1000 years BC, the period of the formation of colonies in the Northern black sea coast: it is tyre, Chersonesos, Olbia, nicone, Panticapaeum. The hall is decorated with colourful illustrations of the life and culture of antiquity, where visitors to review courtesy of painted vessels, articles of craft art, terracotta sculptures.

A very interesting exposure period 1000 years BC, where the culture of Scythian tribes inhabiting the steppes of the black sea, there are also the exhibits reflecting the formation and unification of the Slavic peoples in the state of Kievan Rus. It exhibits from Belgorod, Theodosia, Berezan island.

The Museum has a “Golden room”, where things made of precious metals, ranging from 2000 BC. All the collection contains more than 400 exhibits.