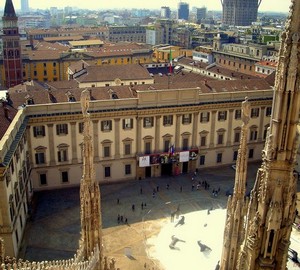 Northern Italy, and the country in General, is overflowing with attractions. For every square meter here there is one architectural masterpiece and two picturesque. Among all this magnificence, the Royal Palace of Milan (Palazzo Reale), occupies a modest place. The Palace was damaged during the war, was restored only by the beginning of 60-ies. Irretrievably lost unique murals, sculptures, interior. Everything should add that the Palace is situated next to the magnificent Duomo Cathedral, making it even more humble and even invisible.

In the 12th century on the site of the present Palazzo was a modest town hall. To turn it into a residence conceived the representative of a noble family Visconti. The old town hall was transformed into an elegant residence and then a pompous Palace. Over time has varied the owners of the Palace, and changed the appearance of the Palazzo Reale. Among the hosts of the Royal Palace was the house of Habsburg, Bonaparte, Sforza. “Kissed” to the shape of the Palace and Mussolini, and ordered to completely rebuild it according to his faulty taste. Then there was the war that destroyed the remains of the old frescoes. Now, the Palace invites tourists to visit several museums. 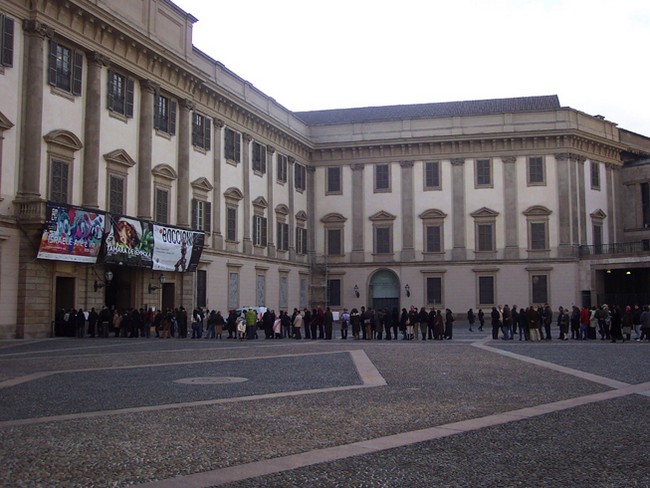 The Museum of the Duomo

The Central part of the Palace is a Museum dedicated to the history of the main attractions of Milan – Duomo (Cathedral). In the Museum a wooden model of the temple, projects, pictures, drawings. All nine exhibition halls are decorated with the unique sculptures, paintings, and priceless documents. Everything related to Gothic miracle – the Cathedral of Milan.

One of the oldest surviving buildings of the Palace. Special attention should be paid to the fresco “Crucifixion”, “the hanging sarcophagus”, as well as the bell tower. The atmosphere of the early Renaissance is preserved here in spite of all the reorganizations.

The Museum of modern art

Hardly anyone comes in Italy for contemporary art. It is in vain. It is Italy, the birthplace of futurism. The Museum’s collection of the best works of Italian and European artists of the 20th century.

The most interesting of the exhibition in Milan is held in the Palazzo Reale. Wassily Kandinsky, Auguste Rodin, Modigliani, Picasso – these are just a few of the latest exhibitions.

Entrance fee to the Palazzo Reale depends on what you want to watch. The Museum of modern art – for free. Regular ticket – 9 euros. The exhibition will be more expensive.

The best days to visit are Thursday and Saturday. These days the Museum is open until half past ten in the evening.