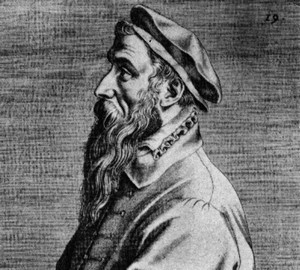 Biography of Pieter Bruegel the Elder had to work hard to gather from the scanty number of known facts of history and life journey of the painter from the Netherlands.

We can say that, perhaps, this is one of the controversial personalities in the history of painting. Only three authentic document was found of Pieter Bruegel. Even the year and place of his birth is specified presumably, from 1525 to 1530 years. According to some sources he was born in Breda, according to other sources in the town Brehal – village near the city Kampen. From her he could get his name.

It is also unknown who his parents are, it is assumed nevertheless that he was born in a peasant family. How and when he began to show interest in drawing, who was his first teacher and many other questions about the life of Peter in the period of childhood and adolescence remained for the descendants is not clear.

In 1545, inexplicably a young man falls in Antwerp – Dutch large, bustling, Maritime city-port. Here he visits the workshop of the famous painter at the court of king Charles V of Pieter coecke van Aalst and taking his lessons in painting. But the preference of the young Bruegel gives a chart. To do this, he begins to work for enterprising Jerome Coca, engaged in the printing of prints and selling them.

The first known official document referred to above, is writing in the journal of the Guild of painters of St. Luke that in 1551 it was entered by Pieter Bruegel.

To Bruegel recognized a real and complete artist, in 1552 he goes on a journey to Italy’s most recognized masters, learning from them and creating their own works, paintings and prints.

The amazing thing is that Mediterranean beauty and Italian luminaries of painting did not impact on the work of this strange Dutchman. Although the charm of Rome, its ancient monuments and mural paintings, famous masterpieces of the Renaissance, of course, has led the artist in the rapture. The painting “View of Naples” is perhaps the only work from Italy – beautiful view of the sea landscape. In the Italian period Pieter Bruegel worked with the master Giulio Clovio, who was famous for his miniatures that decorated prayer books and bogosloviye manuscripts and books.

A year was spent by the Dutch in the journey, and, returning to Antwerp, he is again working in the printing I. Coca, making lots of prints on various topics.

In 1557 he creates a series of etchings of the deadly sins. But in 1558, saw the publication of his first painting “Fall of Icarus”. Very interesting work it is the view of the author about the vastness of the world and on such a small man compared to the universe. Next are the painting “Triumph of death” and “Falling angels.”

1563 – happy year for Pieter Brueghel, he married the daughter of his former teacher, and moved to Brussels. Registration of marriage with Maria van Aalst is the second known and surviving document relating to the biography of Bruegel.

Time 1564 can be considered the heyday of the art of Bruegel. He is the author of such works as “the adoration of the Magi”, a magnificent series of paintings “the seasons”, “the Census at Bethlehem”, “the Misanthrope”, the famous “tower of Babel”, “the Wedding dance”.

It is a pity that little information is known about this artist, because all his life he never drew nor his self-portrait, or portraits of his family, left no letters or diaries. Looks like he was quite an enlightened man. And yet, what he lived, what were his thoughts and how he understood its purpose we can only guess at his work.

For example, “the Triumph of death” and “massacre of the innocents” to leave a feeling of hopelessness and longing, but “the Peasant dance” or “land of cockaigne” and encouraging enthusiasm and a sense of humor.

In General, the work of the author differ in that all his life he writes of simple people, peasants. Perhaps because of this fact called him a Peasant. He has no aim to transfer the accuracy of the characters, but it captures the overall contour of the shape, its specificity.

The third document from the life of Peter Bruegel is a document about death in 1569 and buried on 9 September in Brussels.

Not many paintings have survived, but they should reconsider and consider they have a meaning and reflections on life and man’s place in it.