Portrait of a child from the family of Le Blon, Rosalba Carrier 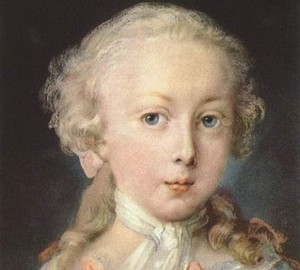 Portrait of a child from the family of Le Blon – Rosalba Carrier. Around 1730. Paper, pastel. 34×27
Venetian Rosalba Carrier (1675-1757) was the daughter of an artist and lace. At the beginning of her successful creative career, she painted porcelain snuffboxes for sale to travelers and for life retained her love of miniature.

In the XVII-XVIII centuries, pastel technology was extremely appreciated in Europe. A characteristic gentle, “light smear”, as fans of Rosalba Carrier’s work noted, softness, a bright colorful gamma and the desire of the “artificial damsel” to endow their models with a special charm made her pastels literally exemplary for contemporaries – portraits were copied by other artists. For the descendants of the work, the Carriers became a kind of mirror of the time. So, fashion historians often illustrate the stories with her creations.

Researchers suggest that the daughter of the Consul General of France in Milan Le Blon is captured on the presented portrait. In the collection of the Academy Gallery there is a portrait of the consul himself, on which also light sfumatto softens forms with an extraordinary aura.