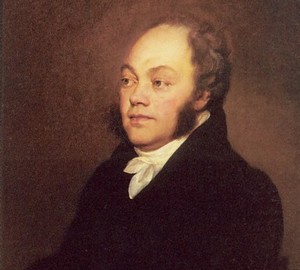 Count Fedor Vasilievich Rostopchin was the patron of Kiprensky. After the Russian troops left the city, a fire broke out in Moscow, in which both the French and many Russians blamed Rostopchin, although he himself did not admit arson. When the French left the devastated city, the count put a lot of effort into restoring it, but the Muscovites were already opposed to it. This forced the count to leave Russia in 1814.

Kiprensky portrayed Rostopchin in the traditions of a chamber portrait of the 18th century. He does not present to the viewer the external surroundings of the model, but the wealth of his inner world. Nothing indicates the high social position of the graph. Before us is a secular man of noble appearance, immersed in his thoughts (in the 1800s, during the creation of the portrait, Count Rostopchin was engaged in literary activity). The portrait is strict, does not abound in details. The main emphasis in it is placed on the face of the hero – open, calm, revealing the natural mind and judiciousness.