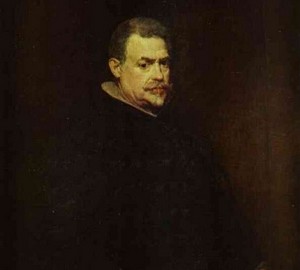 The presented portrait depicts Juan Mateos, a royal ranger in Madrid. This circumstance gives him special significance: Velazquez in this case did not write any of the members of the royal family or the jesters who entertained them, which he had to do according to his status as a royal artist. He portrayed the organizer of royal hunting. In the 1630s and 1640s, the master created a large number of portraits. For two decades, they have compiled a whole gallery of representatives of Spanish society. Its canvases are impressive, first of all, with a striking resemblance to models, the reliability of the appearance.

This portrait was long considered to belong to the Rubens brush, since in the style of Velazquez of the specified period there is a resemblance to Rubens. In 1628, when Rubens visited Madrid, two artists met and made friends. Nevertheless, the truth triumphed, and the authorship of the portrait was established.