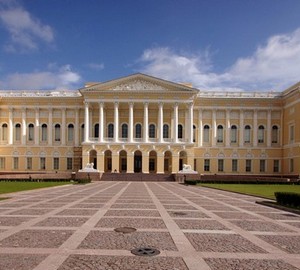 Discreet and elegant building of the Mikhailovsky Palace, created by the inexhaustible imagination Rossi, the Museum was not immediate. Originally, the Palace was intended to be the residence of the youngest son of Paul I, which from the Treasury every year, “postponed” four hundred thousand rubles. By adulthood the Prince had accumulated a decent amount that allowed to build luxurious residence with extensive gardens.

Everyone dies, even the king’s children. The Palace passed into the hands of the heirs, then the heirs of the children, then grandchildren… Grandchildren have all been German citizens that could not please the Emperor Alexander III, characterized by strong Patriotic feelings. The Palace was bought by the Treasury.

The same Alexander III first voiced the idea of creating a Museum in which are collected the best samples of Russian art for a thousand years. The idea of the Russian Museum has been in society since the mid-19th century, therefore, the aspirations of the monarch and of the people coincided, and in 1898 the Russian Museum was opened to the public.

Modern State Russian Museum offers visitors a collection of Russian painting and sculpture from the 12th to the 20th century. The exposition located on two floors of the Mikhailovsky Palace and the Benois wing, built specifically for the needs of the new Museum. Besides the main building, Russian Museum invites visitors to Stroganov, Marble palaces and Engineering. But the main treasure of the Museum preserves the former residence of Prince Mikhail Pavlovich.

On the first floor of the Museum are:

The second floor of the Museum invites you to explore:

– continuation of the exhibition of masterpieces of the 19th century;
a collection of Russian art of the 18th century. 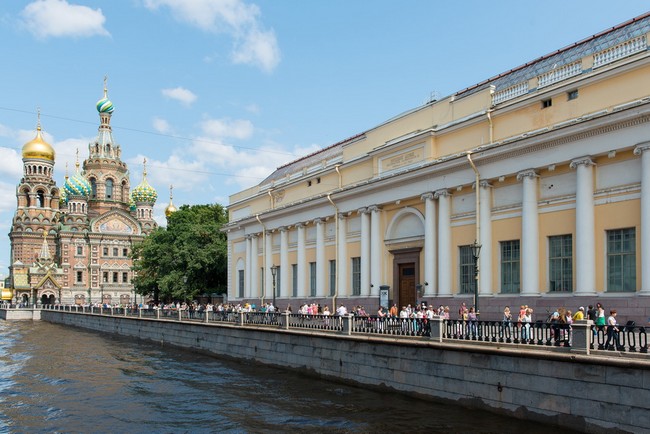 The two-storey Benois wing, mainly hosts temporary exhibitions of the Museum and facilities, where works by contemporary Russian artists and sculptors.

The Museum has a magnificent collection of ancient icons, among which are works of Rublev and Ushakov and Dionysius.

It is difficult to give the name of at least one of the famous Russian artist, whose work is not represented in the Russian Museum. 15 thousand exhibits of the collection of paintings of the Museum include all the best that was created by Russian masters for 800 years.

The Museum is located close to Nevsky prospect, making it an essential place to visit for many tourists. St. Petersburg residents themselves, by the way, I like to visit it in the Russian Museum, preferring the lush and huge Hermitage Museum.

The Museum has a lecture hall, the program is varied and interesting. 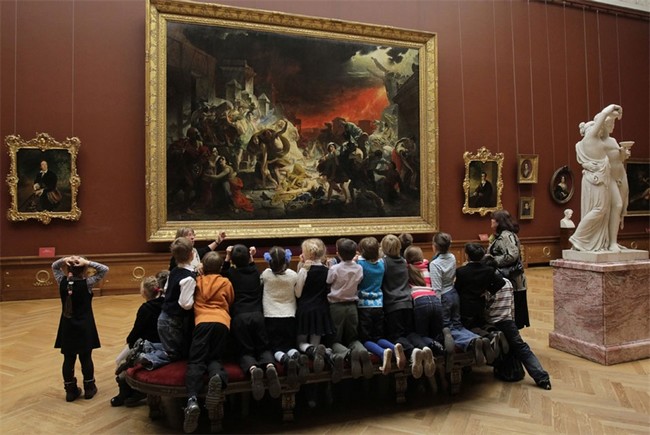 Temporary exhibitions the Museum has already earned a reputation as the most visited in the city on the Neva. Most often it is a collection of masterpieces from the Museum’s storerooms, United by a common theme or time of creation. Frequent visitors of the Museum become the best works held by other museums of Russia and in private collections.

Visiting the Russian Museum is not cheap: 350 rubles (for residents of Russia and Belarus – 250 rubles).

You can buy a ticket that gives the right to visit all branches of the Russian Museum, which is valid for three days. This ticket will cost 600 rubles and 400, respectively. Integrated ticket allows you to save money.

Russian Museum is open from 10 am to 6 PM. On Thursday the exhibition is open to visitors from the afternoon until 9pm. Output only one day – Tuesday.

The reference point for those unfamiliar with St. Petersburg metro “Nevsky prospect”.