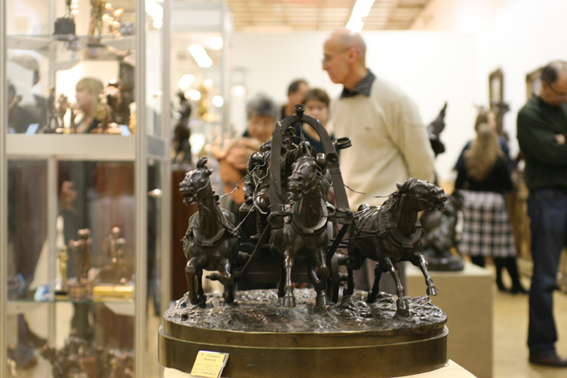 The beginning of the 19th century in Russia was connected with the growth of national and Patriotic identity. The war with Napoleon, stimulated a surge of civic sense of the population. In art this resulted in a new and fashionable Empire style, which was largely similar to the classicism and was more pomp and decoration. 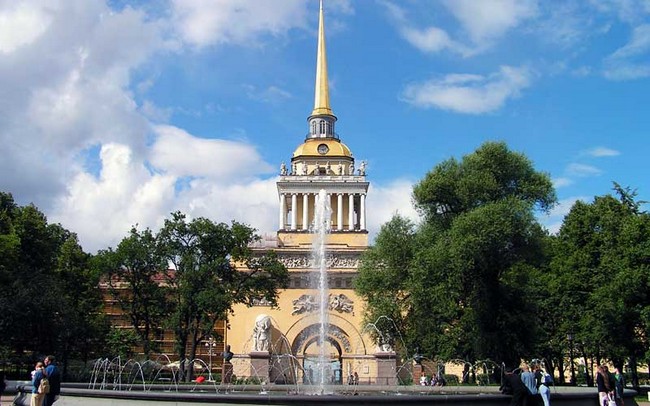 Plastic figures that adorn the building of the Admiralty, was created by the best representatives of Russian sculpture Terebenevym, Shchedrin, Pimenov and Demut-Malinovsky. Numerous nymphs, heroes and geniuses that adorn all facades of the building, pediments and friezes, not only decorate, but also bring a deep symbolic meaning, revealing more fully the intent of the architect. 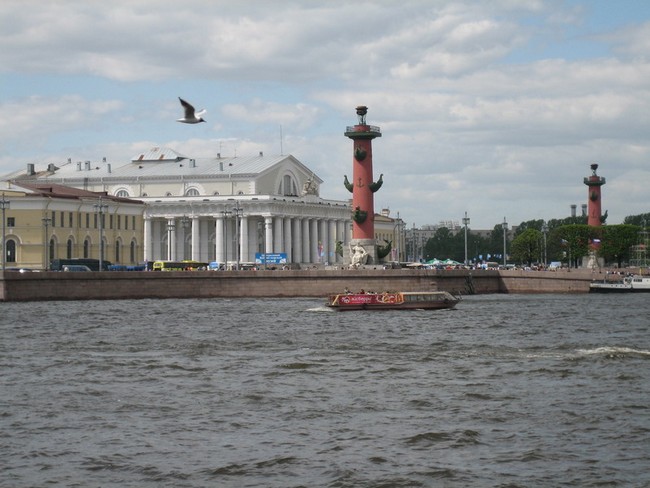 The best examples of decor can be seen in the Exchange building and Rostral columns of Vasilievsky island. In creating the sculptures was attended by French masters of Chamberlain and Thibault, however, they are made by Russian craftsmen, predicated on a model of the French. 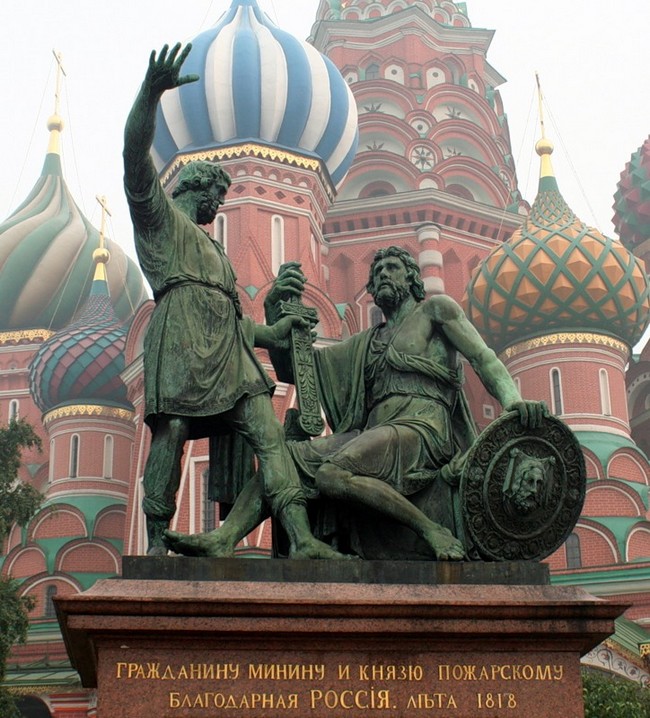 One of the most prominent sculptors of Russia in the early 19th century was Ivan Martos. Real fame master acquired after the creation of the monument to Minin and Pozharsky. In addition, the software works, Martos has created a range of delicious tombstones (Sobakina, Kurakina, Gagarina, Volkonskaya). Allegorical figures of headstones are striking in realism, accuracy of detail and emotional intensity. 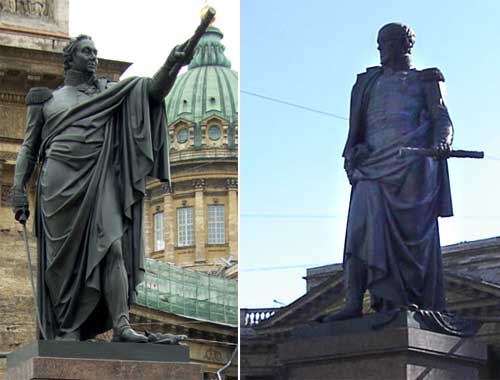 Sculpture of the great Russian generals Kutuzov and Barclay de Tolly decorate the square in front of Kazan Cathedral in St. Petersburg. The author figures – Boris Orlovsky. Patriotic pathos, grandeur and heroism are the main features of these works. Master is the author of the figure of the angel on the Alexander column in the center of the Palace square.

The second half of the 19th century in Russia is characterized by the growing role of the state in determining the content of works of art. In sculpture, social issues are not allowed. The artists were able to work only on a limited number of topics. But in these cramped conditions, artists created masterpieces. 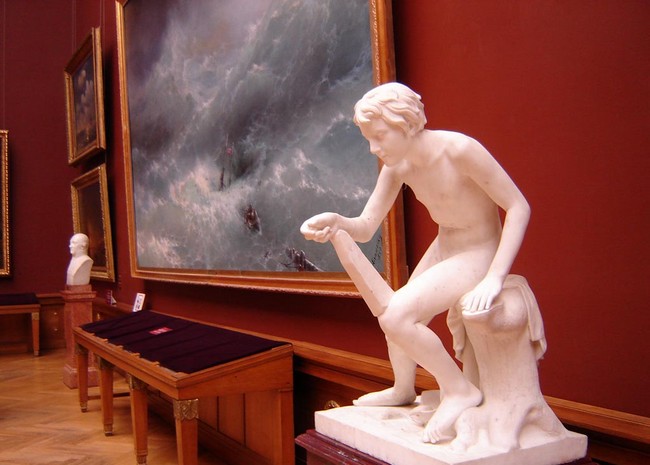 Genre works of Pimenov and Loganovsky, decorating the halls of the Russian Museum, full of drama and emotional expressiveness (“the Guy that plays dice”, “the Guy who plays marlinespike”). Subtle lyricism and warmth filled with the work of Stowasser “Boy, udasi fish.” The artist skillfully uses the advantages of marble for the transfer of the fragility of a young boyish figure. 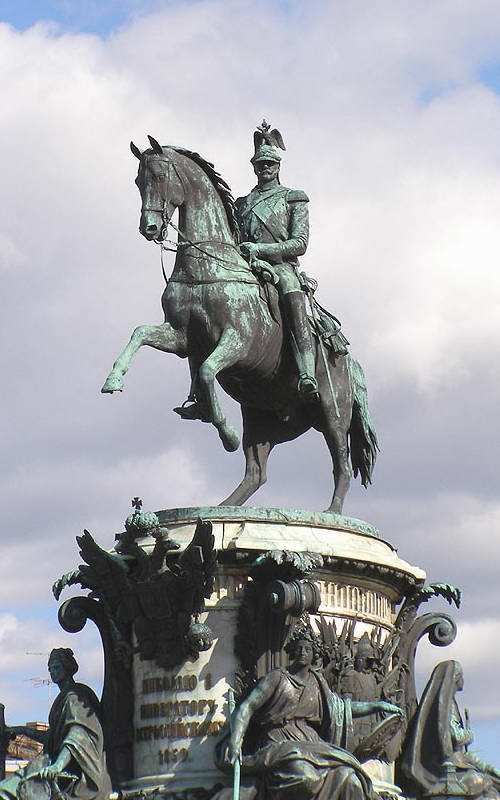 Among the works of the sculptor Klodt special place is occupied by the monument to Nicholas I, as well as figures on the Anichkov bridge. A brilliant realist, the master was able to convey in their works the beauty of the human body, the power of the forces of nature (the rampant horse), as well as the grandeur of the state (monument to the Emperor). 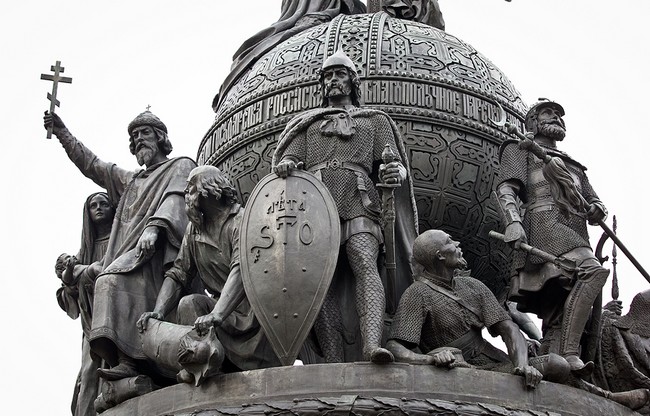 Historical genre in the sculpture of the second half of the 19th century is unthinkable without the work of Antokolsky, whose art is also highly valued in Western Europe.