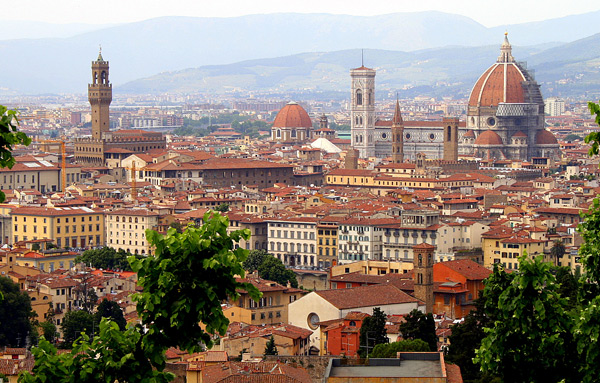 Despite the fact that on the main square of the capital of Renaissance Florence, almost all of the sculptures are replaced by copies main masterpieces are here.

The ideal of male beauty, the biblical hero, the winner of the giant, was installed on the Central square of Florence in a difficult time for the city. The sculpture became a symbol of the fight against strong opponents, among whom was even the Pope. Sculpture of David, created earlier, portrayed the hero in a moment of triumph. Michelangelo chose another moment. Its David most concentrated before the battle, his gaze serious, even formidable. 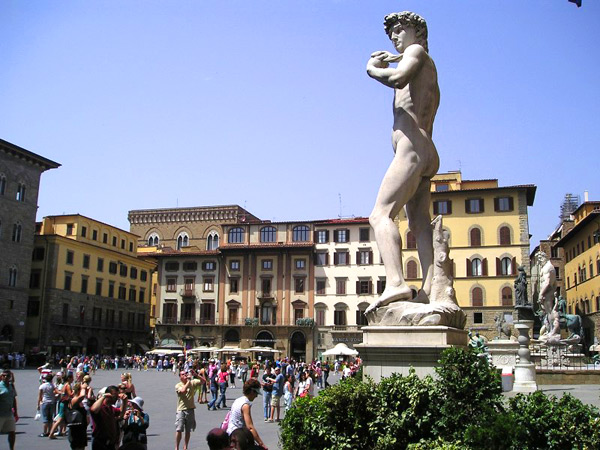 It is the sculpture of David is recognized as the pinnacle of the art of sculpture. 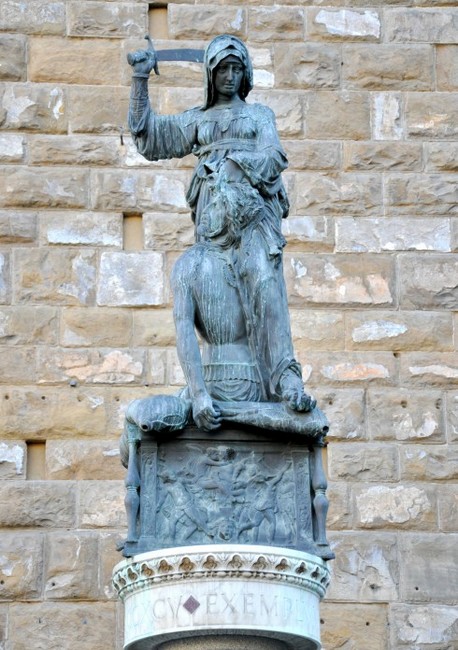 Judith with the head of Holofernes

Work Donatello was intended to symbolize the struggle for freedom of the Florentine Republic. Miniature Judith with the severed head of a powerful despot had to convince the citizens of the noble Patriotic feelings. 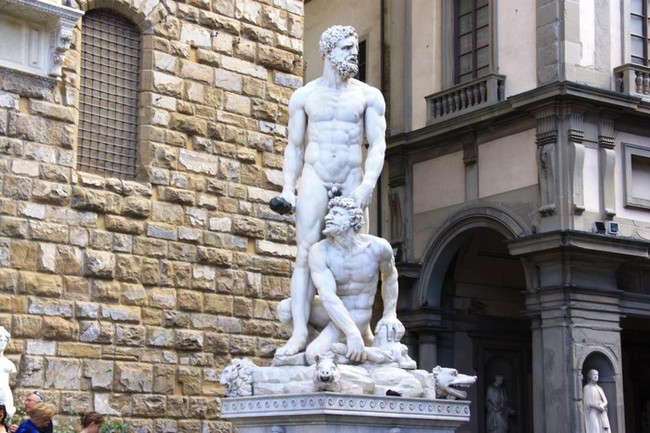 Another symbol of victory, this time Bandinelli. Proudly the son of Zeus over the defeated son of Hephaestus, an ugly monster, Kakusa. Triumphs not only Hercules, but the justice and the law. Just behind the pedestal in this sculptural group is the legendary terrain of Michelangelo, which he made, argue that exactly reproduce the face shown on the execution, standing with my back to him. 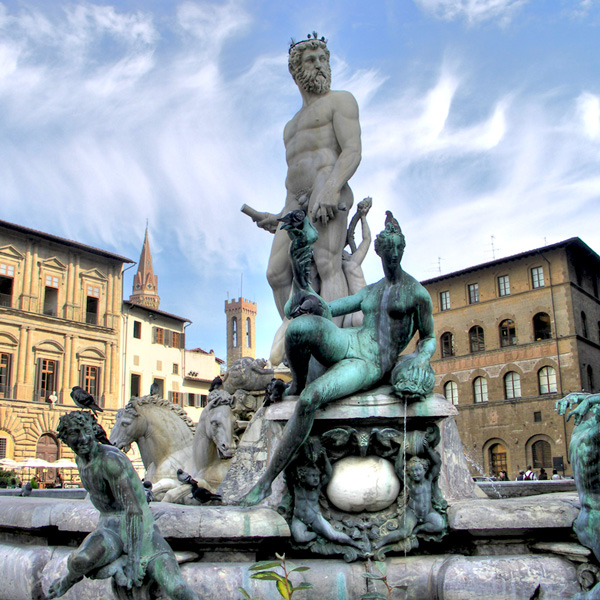 The Fountain Of Neptune

One of the oldest fountains of Florence was created by order of the Medici family (the author Ammanati). The Central figure of a multifigured composition – a sculpture of Cosimo de ‘ Medici, frequent intake of cunning artists in a similar way with to his rich customers. On the other hand, the author alludes to the naval power of Florence. 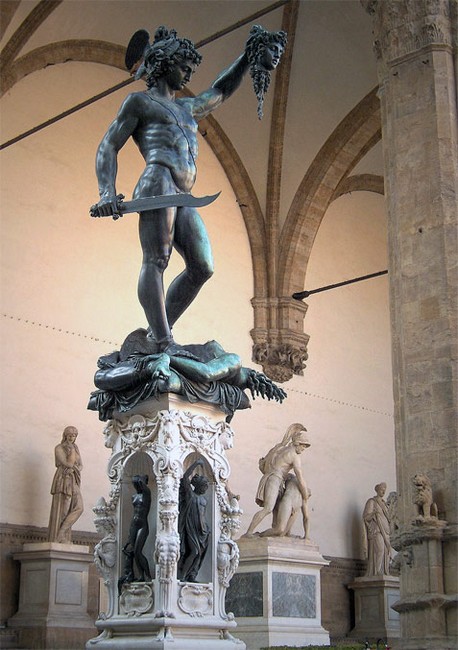 Among the sculptures of the Loggia dei Lanzi special attention deserves the figure of Perseus with Medusa’s head in his hands. The creation of the great Cellini – the only original on Piazza della Signoria. 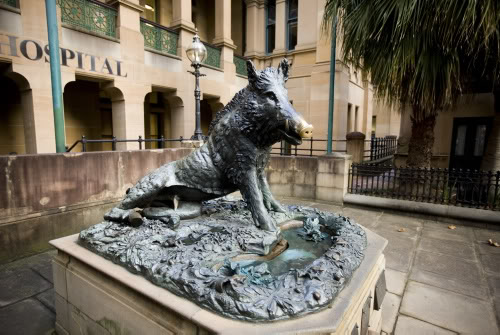 Next to the gallery of the New market is popular among tourists fountain “Porcellino” (Boar). With this sculpture is associated with many legends and tales. Fountain Andersen mentions this in one of his tales.

The monument to Dante, the great exile and poet, established in the mid-19th century, located on the square near the Basilica of Santa Croce. Unkind eyes watching the Creator of “the divine Comedy” on his countrymen, as if unable to forgive them an unfair attitude. 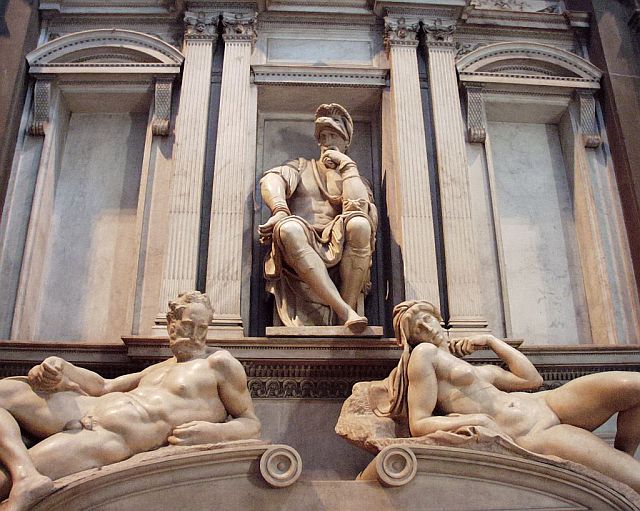 Under any circumstances, in Florence you must visit the Medici Chapel, which is decorated with magnificent tombstones of Michelangelo.

Collection of the Uffizi gallery is also full of sculptural masterpieces of the Italian Renaissance.

The Church of Orsanmichele, which is now a Museum, for its collection of sculptures is the work of Verrocchio, Donatello, Ghiberti.

Numerous museums, churches, chapel, chapels, in his exposition of the masterpieces of sculpture, showing the former power and beauty of the Florentine Republic.