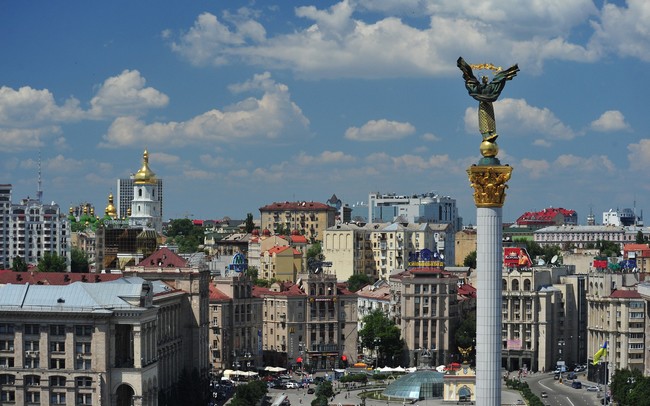 Kiev – most beautiful city in Europe, an important role in creating the unique atmosphere of the city are its monuments and sculpture. 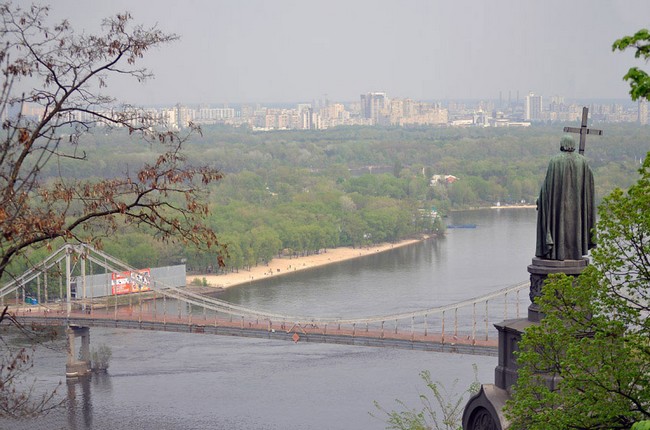 The ancient history of the Ukrainian capital is rich in events and personalities. Among the historical monuments stand out two: the monument to Saint Vladimir and Bohdan Khmelnytsky.

The monument to the Baptizer of Rus ‘ was created in collaboration of three talented sculptors. The author of the project and bas-reliefs of the base became Demuth-Malinovsky, the pedestal is completed the Tone, and the sculpture of the Prince – Klodt. The monument was in the middle of the 19th century. The Prince is depicted with a large cross in his hands, thoughtfully looking at the other side of the Dnieper. At night the cross is illuminated by electricity. Lighting was installed in 1895. 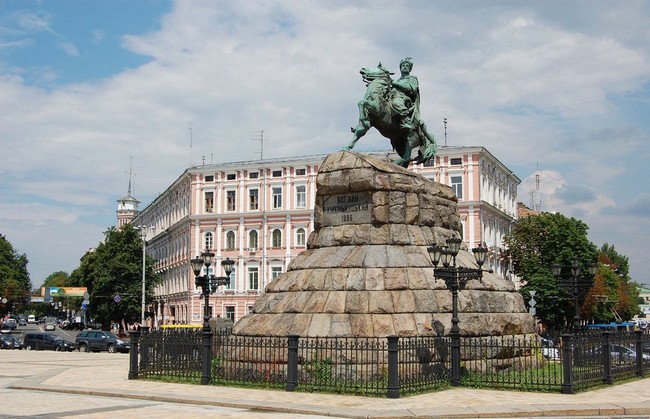 A monument to Hetman Khmelnytsky in Sophia square was installed in the late 19th century, the installation was timed to coincide with the 900th anniversary of the baptism of Rus. The original project has undergone many changes. The first project created by Mikeshin, different anti-Polish and anti-Jewish fury. Then the Commission on the creation of the monument decided to simplify the project by removing all the additional pieces. Funds for the monument were gathered listlessly in the project had greatly simplify the base of the monument.

Hetman is depicted on horseback, at the time of communication of the decision to join the Russian Kingdom. Creating a sculpture, the authors consulted with historians of the University of Kiev in order to accurately convey the clothes and the appearance of the hero. 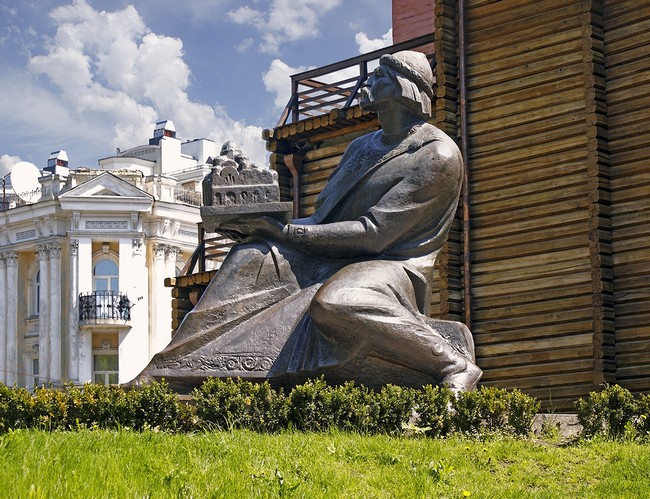 In the 90-ies of XX century in Kiev was installed a few new monuments to historical figures, of which special attention should be paid to the sculpture of Yaroslav the Wise near the symbolic notation “the Golden gate of Kiev.” The author of the monument of Ivan Kavaleridze. The Prince sits on a rock, holding a model of St. Sophia Cathedral in Kiev. Yaroslav dynamic pose, he seemed ready to get up and go to do new exploits for the glory of his power. 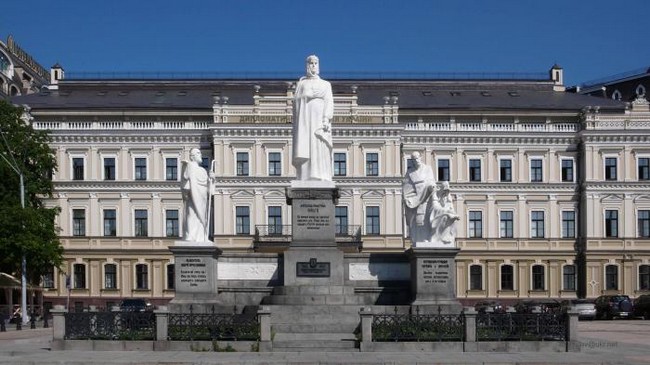 The monument to Princess Olga, Apostle Andrew, enlighteners Cyril and Methodius was a gift from Emperor Nicholas II to Kiev in 1911. Create a symbolic multi-figure composition was entrusted to the Kiev group of young sculptors, among whom were Ivan Kavaleridze. After the revolution, the monument was dismantled and restored only in the 90-ies. The sculptural group became a symbol of the beginning of Christianity in the Russian lands.

Shevchenko monument in front of one of the University buildings became one of the symbols of Kiev. The sculpture was made by Matvey Manisero in the mid 30-ies. A great poet depicted while walking. The look is pensive and focused. 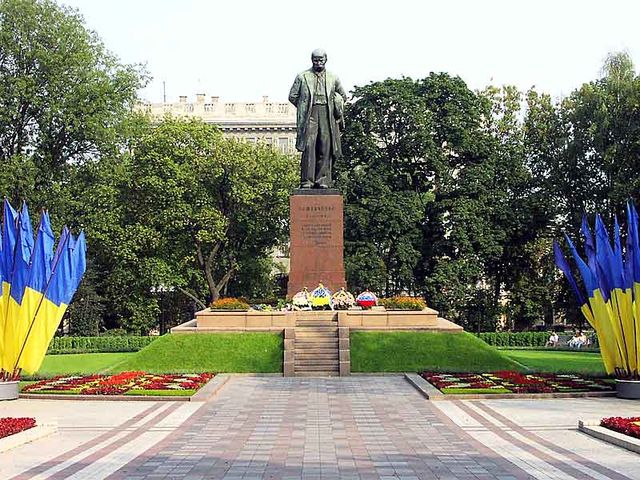 In Kiev, there are several monuments Nikolai Gogol. one of them is on Rusanivska embankment of the Dnieper. The author of the sculpture Skoblikov. 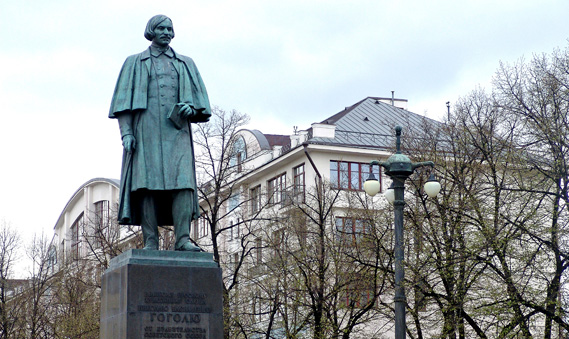 On Andreevsky descent is a monument to “the Nose” Gogol, performed by Oleg Dergachev. 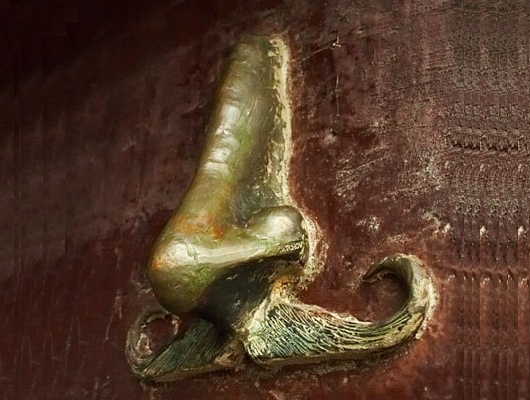 The sculpture of Mikhail Bulgakov installed near the “House of Turbins” in the historical centre of the city. The author of the sculpture Nikolay RAPI represented the writer sitting on a bench, watching pedestrians. 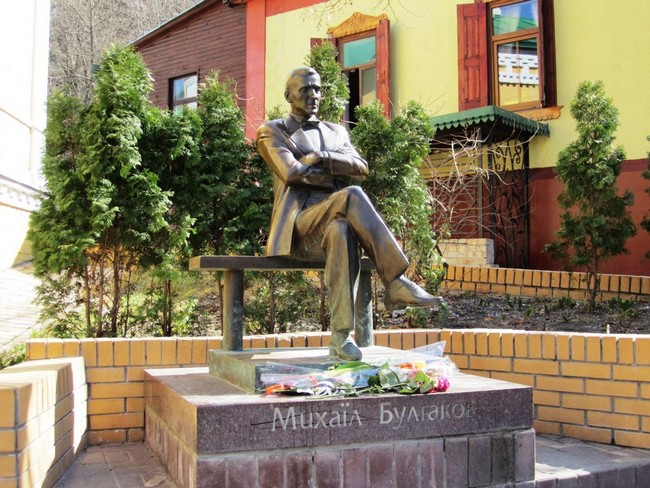 Very precise portrait likeness distinguishes the statue of Sholom Aleichem in the metro area. The monument was installed in the late 90-ies, the funds for its creation were collected by the Jewish community of Kiev. 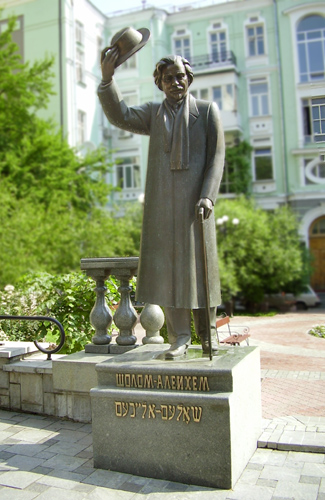 Don’t forget that we have a section with the museums of Kiev. Be sure to follow the link and read.