Samara is full of monuments, urban genre sculpture, monuments. History has been kind to the city, almost all the monuments have been preserved from the early 20th century. Of course, not all of them represent artistic value, but many unique, unusual and very witty sculptures.

Of the oldest statues of the city preserved plaster bust of Pushkin (author of Reitlinger). Despite the fact that the author of the bust – lover, the work is of undoubted interest, as an example of Russian sculpture of the early 20th century. The work is on the balcony of the Palace of culture of railwaymen, the former Pushkin house. 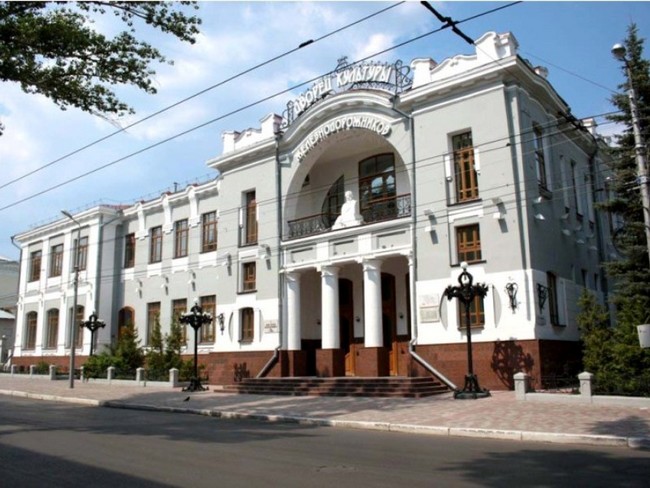 A series of ideological monuments of Samara endless, but among them there are really good examples of “socialist realism”. For example, a statue of Lenin on Revolution square. Established in 1927, the monument is one of the classic works of Soviet sculpture, author of the death mask of Stalin, Matvey Manizer. His works are monuments to Vasily Chapayev and Valerian Kuibyshev. 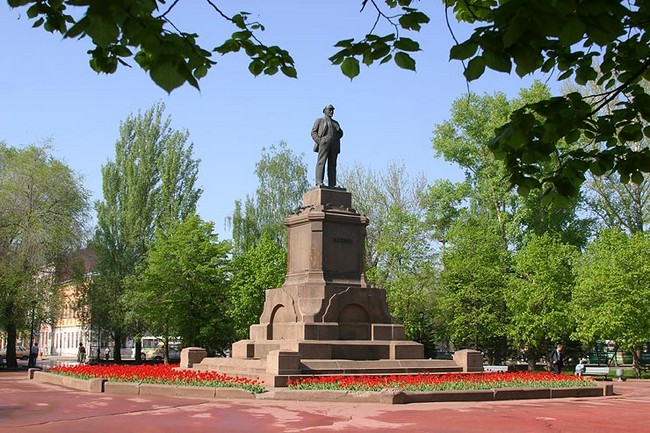 At the intersection of Novo-Vokzalnaya and Victory stands a bust of the aircraft designer Nikolai Kuznetsov. This is the work of the famous sculptor Anikushin. 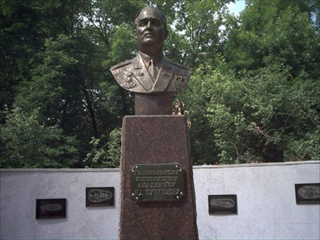 Two stand the monument to Vysotsky in Samara. Is Ivan Melnikov and Mikhail Shemyakin. Shemyakin’s work is interesting because it is multi-figure composition, where the great poet is represented in the role of hamlet. The total composition of about 25 square meters. 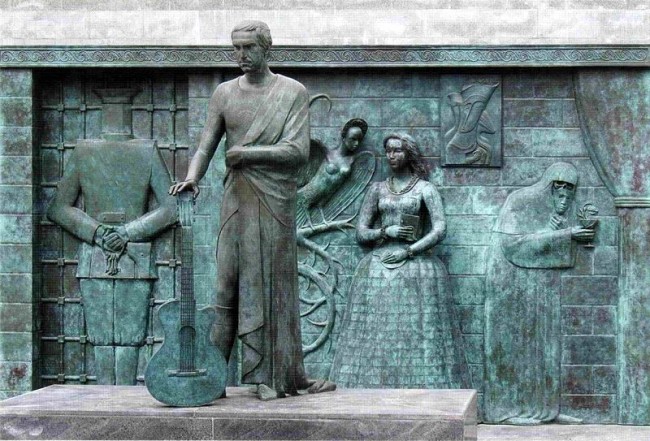 The monument to Vysotsky in Samara
In Samara interesting religious monuments, among which can be mentioned sculpture of St. Sergius of Radonezh, St. Cyril and Methodius, the sculpture of St. Alexis, the sculptural composition of St. Peter and Fevronia. All of them were installed in the late 90-ies, either in the first years of the 21st century. The authors of the monument, mostly young sculptors, but their work deserve attention.

Among the numerous monuments and statues dedicated to the victims of the great Patriotic war, stand two monuments to Ivan Melnikov. The first is devoted to juvenile prisoners of concentration camps, and the second juvenile home front. Both works are very emotional and poignant. 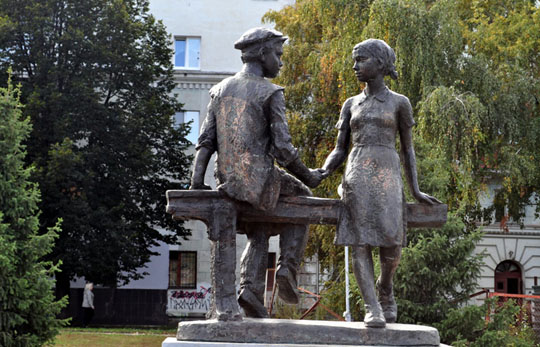 Among urban sculptures adorning the streets and quays of the city the attention of tourists attracted by such original works as the monument to Yuri Detochkin, the red army soldier Sukhov, Pinocchio, the brave soldier Schweik. 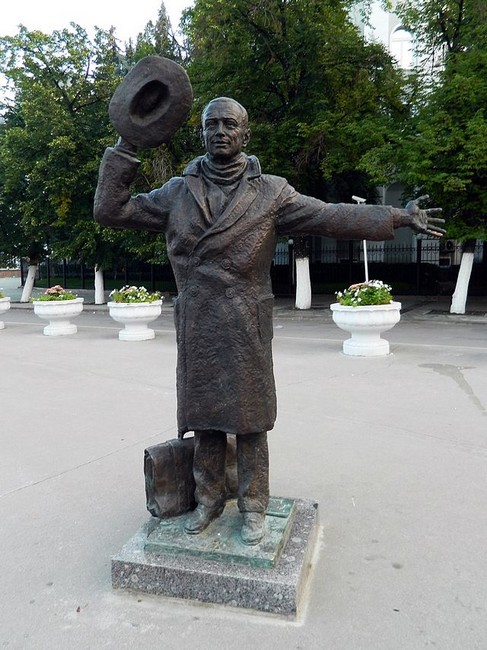 Samara symbol of prosperity and happiness is the sculpture “Samara goat”, which in several. 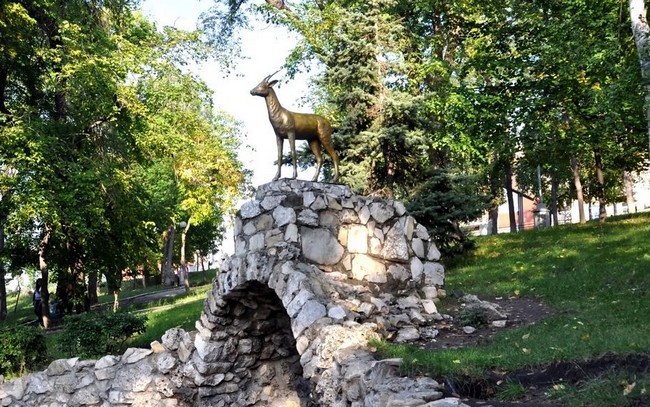 Samara is among the sculptures are full of humor, good irony and even sarcasm. Unique works such as “monument to a radiator”, “monument to Internet user”, “monument yard cat”. To talk about the artistic value of these sculptures is not necessary. However, these decorations more than make up for artistic simplicity with extraordinary humor and optimism, which invested in them by the authors. 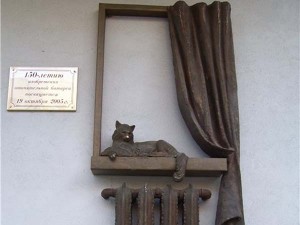 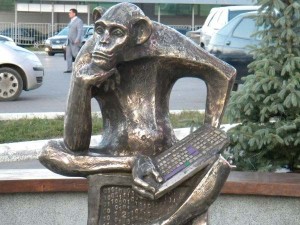 Monument to Internet user
Unfortunately, several distinct samples of the urban sculptures located in the parks of the city are destroyed, deprived of the necessary attention from the city authorities.