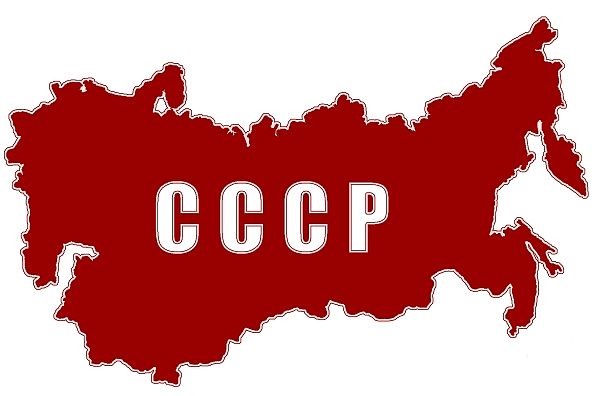 Like all other forms of art and sculpture in the Soviet Union, almost always, was in the grip of ideology and was obliged to serve the state. In the first years of the existence of “country of advice” artists were free to choose the form of their works and stylistic execution. However, the sculpture, which needed the state (the heroes of the revolution, the founders of the Marxist doctrine, etc.) required a realistic performance.

Finally all the ideological framework was designed in the mid 30-ies of the creation of a new style and direction in art “socialist realism”. From now until the end of 80-ies, were recognized only ideologically “correct” statue.

All the above does not mean that the sculpture in the Soviet Union was devoid of talent and real art. The names of Nikolay Andreyev, Ivan Shadr, Sarra Lebedeva, Vera Mukhina, Alexander Matveev – was known far beyond the borders of the USSR.

Sculptural portraits of Lenin, Dzerzhinsky, Sverdlov – executed with undoubted talent and original approach. It is interesting that initially the Soviet Union sought to get a lot of sculptors from Europe, keen on the idea of building a new world.

Shadr sculpture located in the Park of the December uprising in Moscow, “Cobblestone – weapon of the proletariat” – a recognized masterpiece of sculpture of the first half of the 20th century. 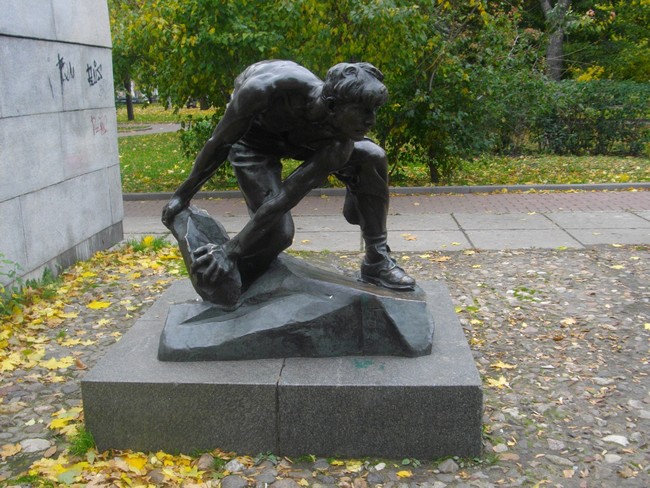 It is well known to couple sculpture “worker and collective farm girl”, decorated the Soviet pavilion at the world exhibition in Paris, created a furore in art circles and served as a model for many of the monumental works of this period. 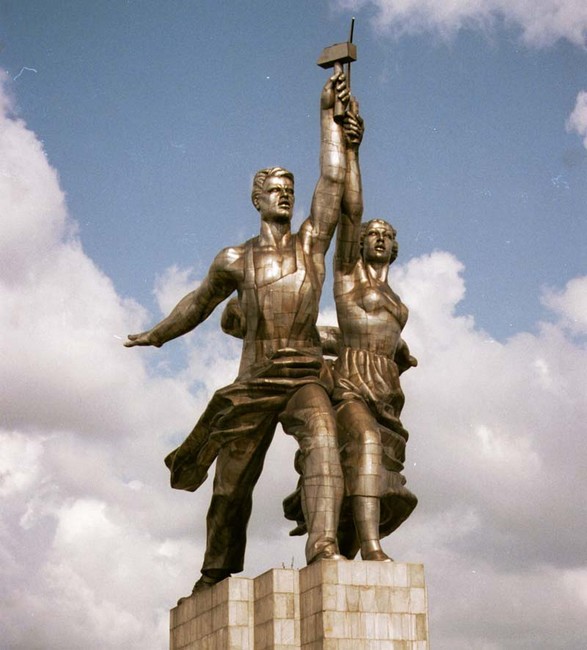 Military themes in the sculpture of the Soviet Union brought the brilliant sculptural portraits of generals and monumental complexes, among which the monuments of Kursk, Volgograd, Kiev. Vucetic, Tomsk, Mikenas – perhaps the best master of this genre.

In the postwar period, there are several monuments of historical personalities and cultural figures: Yury Dolgoruky, Peter Tchaikovsky, Pushkin, Mayakovsky. Master of eagles, Kibalnikov, Dudin – strive to achieve a special sound of their works, expanding the scope of ideological canons and attitudes.

The time of “thaw” contributed to the emergence of sculptures that go beyond “socialist realism”, however, this art very soon moved into the category of “informal”, often continuing to exist outside of the USSR. Among those who were closely in the ideological framework, stands out the name of Ernst Unknown. Today his works decorate cities and museums around the world. Most famous work – the Mask of sorrow, the Golden child, a tombstone on the grave of Khrushchev. 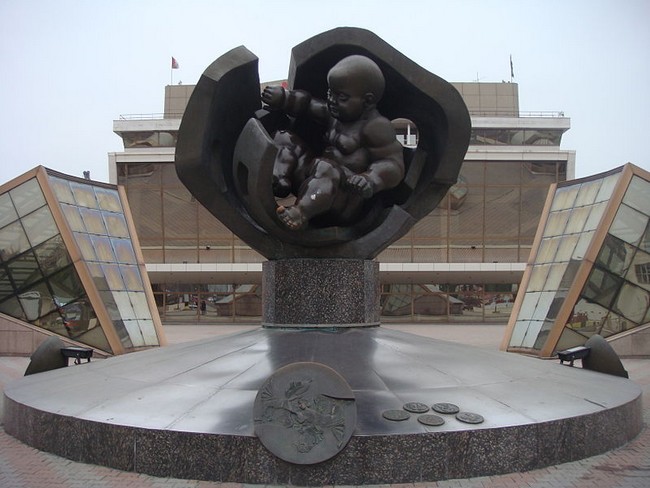 70-80-ies characterized the heyday of easel sculpture. In the works of such masters as Shakhovskoy, žilinský, Mitlyansky. In their works, pronounced romance, love everyday, ordinary people. However, the ideology demanded pathos of everyday, heroic situations, pathetic. However, many artists managed to create fresh and talented at the same time, maintaining all the requirements of the ideology.

The Soviet era in the development of the sculptures are full of victories and defeats. 70 years of the USSR existence the sculpture has been enriched by many masterpieces that make up the pride of European art. A huge number of incompetent but ideologically correct works long forgotten.