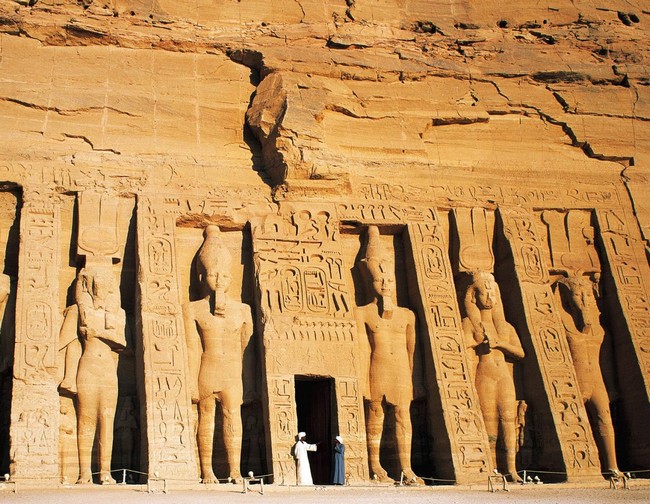 Sculpture in the culture of the oldest civilization on Earth plays a crucial role. According to the ideas of the Egyptians, one of the human souls – ka – has the ability to dwell in two worlds: the earthly and the afterlife. Hence the desire by all means to preserve the body of the deceased (embalming and mummification) and the creation of a large number of sculptures that can serve as a shell for the soul “ka”.

Another feature of the sculpture of Egypt – strict canons (rules) by which were created all the images. On the one hand, the sculpture had to be realistic enough that the soul could recognize its own shell, on the other hand, the Canon required a complete symmetry in the image of man, and the figure is also subject to strict rules. That is why the many images of pharaohs, priests, and gods seem similar, but there are differences only in facial features. A departure from the rules is allowed only when the image of the lowly: officials, military, etc.

The vast majority of the sculptures of Ancient Egypt are static. Most often kings and gods are portrayed sitting on a throne, or standing, hands of the figures are resting on my knees, or crossed on the chest, eyes looking straight ahead. Such a perspective has created an amazing effect, it seems to the spectators that the statue is looking right at him, from whatever angle he wasn’t looking at the sculpture. Huge eyes of the sculptures also has religious significance. The Egyptians were convinced that the human soul is in his eyes. Therefore, all sculptures were painted very carefully.

The most famous Egyptian sculpture is the Great Sphinx. A mythical creature with the head of Pharaoh khafra and the body of a lioness. Monumental sculpture, guardian of the pyramids played the role of guard of the rest of the kings in the valley of the pyramids. Majestic pose, full of peace and detachment opinion, the power and inner strength still make a lasting impression on tourists.

Particularly noteworthy are the temple sculptures of pharaohs and gods. Made in strict accordance with the Canon of Egyptian kings represented the majestic, perfectly folded and detached. To portray the Pharaoh, the living God, was only possible outside of time and life. Standing sculptures represent the king to make a step forward (the so-called “step into eternity”), symbolically, it marks the transition of the Lord from earthly life to eternal life. 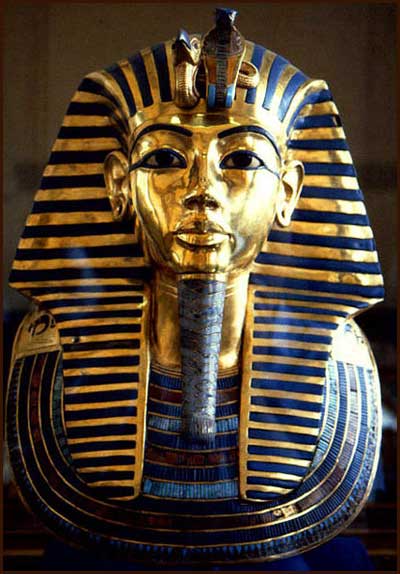 Extremely interesting sculpted masks of the pharaohs, which covered the face of the pharaohs in sarcophagi. The wizard used to create a mask from precious metals and colored enamel. The most famous mask of Tutankhamen.

Another conversation worthy of the art of the Amarna period. At this time, when the Pharaoh Akhenaten banned the worship of the many gods of the Egyptians and proclaimed monotheism. At the same time, artists were allowed to deviate from Canon, to depict people as they really are. Therefore, statues and pictures of the rebel Pharaoh’s radically different from images of other rulers. Before the viewer an ugly man, with crooked legs and protruding belly. But the value of these images lies precisely in their historical reliability and truthfulness.

For his sculpture of Ancient Egypt used a very different material: wood, alabaster, basalt, quartzite, limestone. The characteristics of each material were taken into account, helping to create a unique, accurate and reliable image in the framework of strict rules.

The best examples of sculpture from Ancient Egypt are kept in museums of London, Paris, Berlin, Cairo. A few samples of the Egyptian sculptures adorn the streets of St. Petersburg, and are in the collections of the Hermitage, the Pushkin Museum in Moscow.

Mysterious poluulybki all statues of Egypt forced the viewer again and again to stare in the eyes of the once great rulers of the most powerful and developed state of the beginning of human civilization.

Thank you very much!

It’s not Kaka Kaka Kaka is thank you!!! kakakakaka

Thank you very much
You put 5
Ahahahaha

A TREMENDOUS THANK YOU