The main advantage of Roman sculptures is the realism and authenticity of the images. Primarily, this is due to the fact that the Romans had a strong cult of ancestors, and from the earliest period of Roman history it was customary to remove the posthumous wax mask, which was later the basis for the sculptural portraits were taken by the master of sculpture.

The concept of “Roman art” is a very conventional sense. Roman sculptors were originally Greeks. In the aesthetic sense of the ancient Roman sculpture – a replica of the Greek. Innovation was the connection of the Greek desire for harmony and Roman rigidity and cult of force.

History of ancient Roman sculpture is divided into three parts – the art of the Etruscans, plastic era of the Republic and Imperial art.

The art of the Etruscans

The sculpture of the Etruscans was intended to decorate the urn. These boxes were created in the form of the human body. Realism was considered necessary to maintain order in the world of spirits and humans. The works of ancient Etruscan craftsmen, despite the primitive and schematic images, surprised by the individuality of each image, its character and energy.

The Sculpture Of The Roman Republic

For sculpture of the time of the Republic are characterized by emotional stinginess, detachment and coldness. The impression was of complete closure of the image. The reason for that is the exact reproduction of the death mask when creating a sculpture. The situation is somewhat corrected the Greek aesthetic canons, which was calculated proportions of the human body. 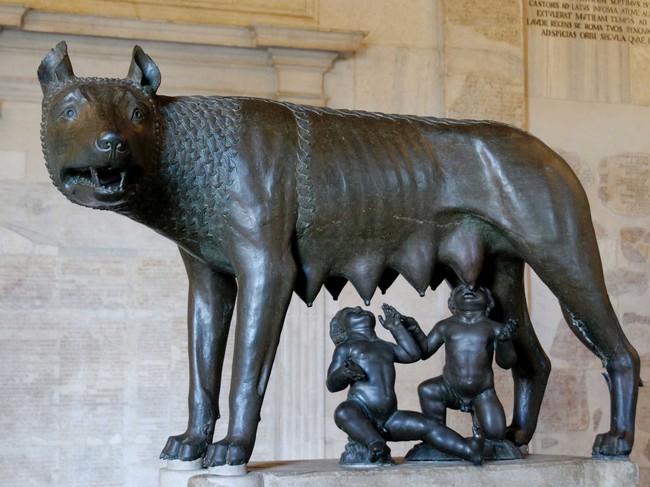 Numerous reliefs of the triumphal columns of the temples, which belong to this period are remarkable for the elegance of the lines and realism. Especially mention the bronze sculpture “the Roman she-wolf”. Founding legend of Rome, the real embodiment of Roman ideology – that the value of this statue in the culture. Simplification of the plot, incorrect proportions, fantastic, did not stop to admire the dynamics of this work a special urgency and temperament.

But the main achievement in the sculpture of this epoch – realistic sculptural portrait. Unlike Greece, where creating a portrait, the master one way or another subordinated to the laws of harmony and beauty all the individual features of the model, Roman masters were carefully copied all the details of the appearance models. On the other hand, this has often led to the simplification of images, the coarseness of the lines and the removal from realism.

The Sculpture Of The Roman Empire

The task of art of any Empire is to glorify the Emperor and power. Rome is no exception. The Romans of the Empire did not represent your home without the sculptures of the ancestors, the gods and the Emperor. Therefore, to have survived numerous examples of Imperial plastic arts. 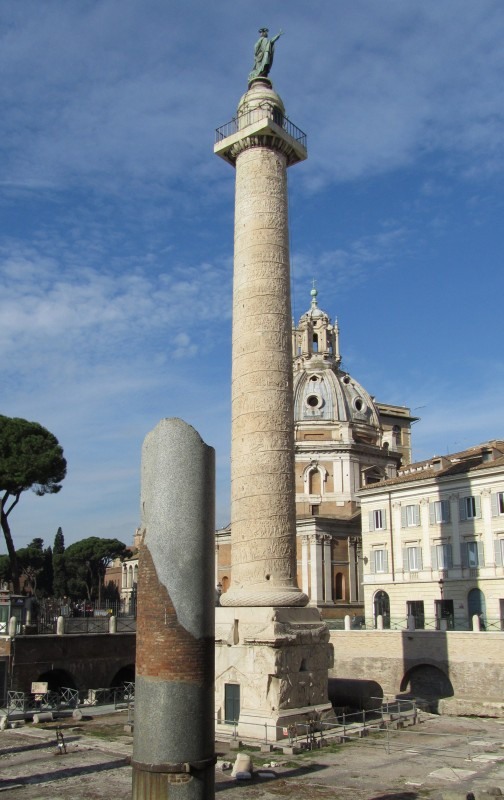 First and foremost, attention triumphal columns of Trajan and Marcus Aurelius. The columns are decorated with bas-reliefs that tell about the military campaigns, the exploits and trophies. Such reliefs is not only works of art, striking with the accuracy of the images, mnogovektornosti of composition, harmony of lines and fine workmanship, it is also an invaluable historical source that allows you to restore domestic and military parts of the Empire.

Statues of emperors on the forums of Rome is made in a harsh, rough manner. There is no trace of the Greek of harmony and beauty that was characteristic of the early Roman art. The wizard in the first place, was to portray strong and tough rulers. Has occurred and departures from realism. The Roman emperors portrayed athletically built, tall, despite the fact that few of them were of a harmonious figure.

Almost always during the Roman Empire sculptures of gods were depicted with the faces of the ruling emperors, so historians know for certain what were the emperors of the great ancient state.

Despite the fact that Roman art, no doubt, entered the Treasury of world many masterpieces, at its core, it is merely a continuation of ancient Greek. Ancient Romans developed the art and made it bigger, grander, brighter. On the other hand, the Romans had lost the sense of proportion, depth and ideological content of early ancient art.

thank you very nice from your side for you all