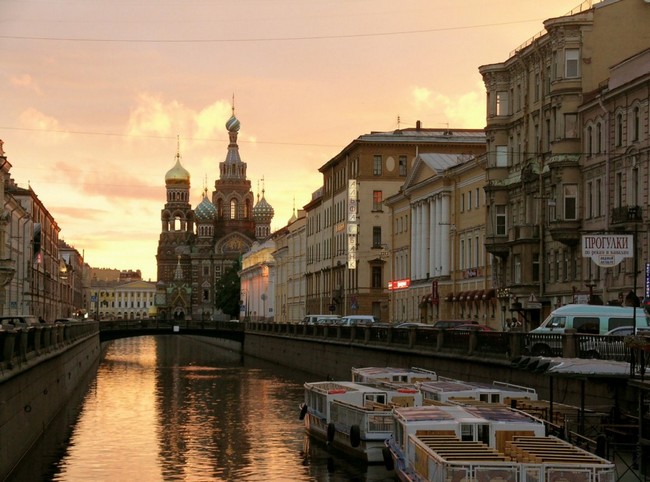 There is no in Russia more than the rich sculptures of the city than the Northern capital. Masterpieces here can be found on the main streets and squares, parks and gardens, not to mention museums and galleries. If you pay attention to every work that is available to everyone, the article will turn into a large essay, so focus on the main masterpieces.

Talking about the sculptures of Peter makes sense to start with the most famous bronze horseman. The creation of Falconet, who at home did not become famous and outstanding master was not considered, immediately became a symbol of the Imperial capital, not only a monument to its founder. On a rearing horse trampling a serpent, stretching out his hand over the abyss, confidently sitting the first Russian Emperor, crowned with the wreath of triumph. Since its opening, the monument has acquired numerous legends and traditions. Perhaps, in the Russian literature there is no more mention of the sculpture. Visit to the Senate square to the monument – is an indispensable part of any tour of St. Petersburg. 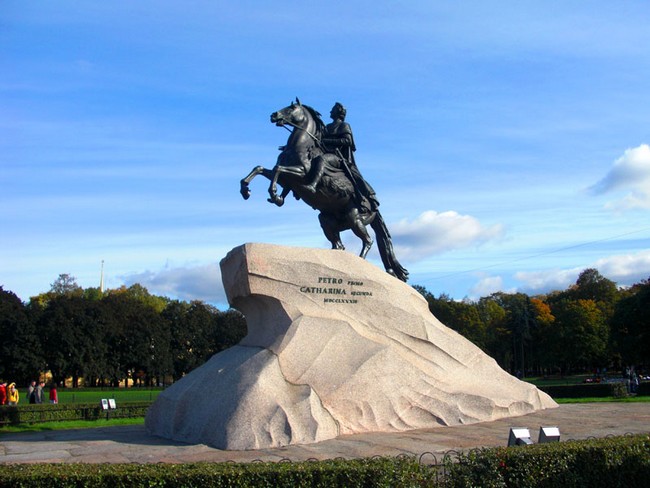 Among the “Royal” sculpture be sure to note the monument to Catherine the great in the Park at the Alexandrinsky theatre. On the monument worked Mikeshin, Opekushin and Chizhov. Around the base of the monument, the authors have placed the sculptures of the greatest statesmen of the era of Catherine, turning the monument into a monument not only to the Empress, and the great era. 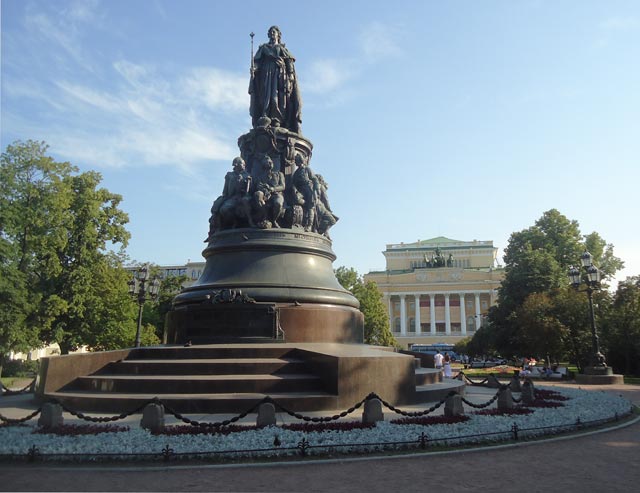 The equestrian statue of Nicholas I on St. Isaac’s square, recognized as an artistic and engineering masterpiece (the statue is only two feet!), created by Montferrand was recognized even the Bolshevik government and escaped destruction. 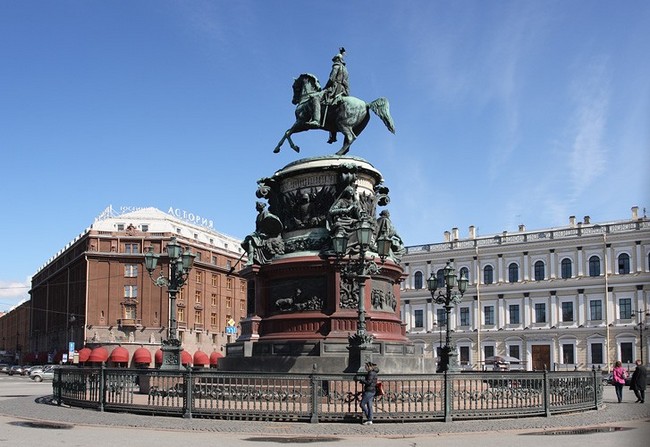 Alexander III monument, placed in the courtyard of the Marble Palace, the creation of an Italian with a Russian name Trubetskoy. One of the most controversial sculptures of St. Petersburg. Heavy, powerful, it became a monument to the reign of hard and rough of the Emperor. 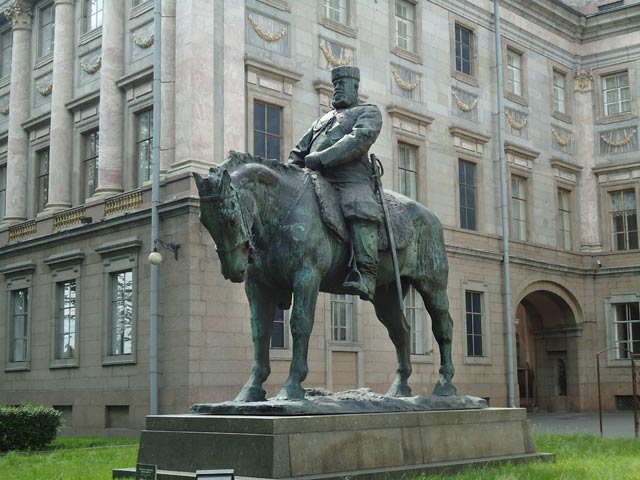 Among the “Royal” sculpture occupies a special place the image of Peter the great in Peter and Paul fortress. The author of the sculpture Shemyakin scrupulously observed all the true proportions of the body of the Emperor, but the result caused and still causes fierce debate due to the unusual appearance and a disproportionately small head. Despite this, the sculpture of the Emperor is the favorite place of photographing tourists. 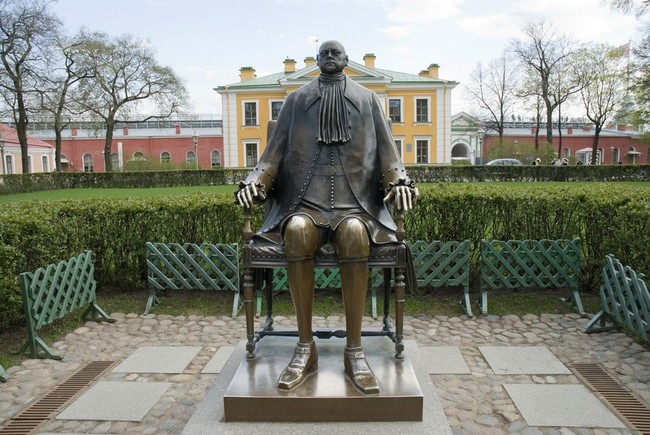 A collection of sculptures of the Summer garden is a recognized Treasury of the Northern capital. Basically the statues belong to the first third of the 18th century, most often copies of antique originals executed in marble. Heroes of myths, allegorical images, busts of historical figures. Each sculpture forces the viewer to look carefully into the details, enjoy the plasticity and drama of the images.

In the centre of the garden a monument to Krylov. The sculptor, Baron Klodt depicted fabulist sitting on a pedestal decorated with images of the heroes of the fables of the great writer. 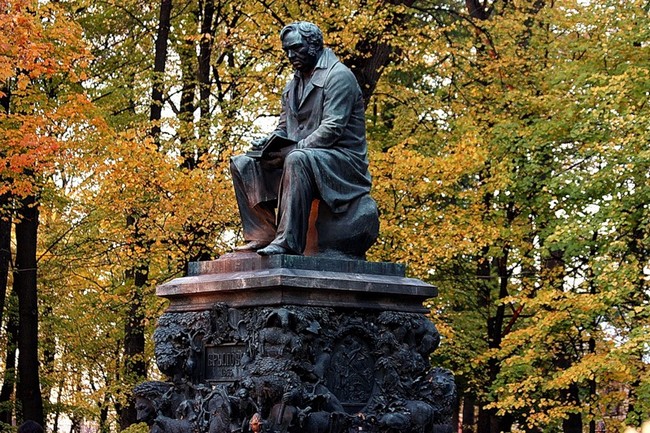 The embankments and bridges of St. Petersburg

In the hustle and bustle of Nevsky prospect is not always possible to find a few minutes to linger on the Anichkov bridge and look over the brilliant composition of four equestrian statues of Baron Klodt. The taming of the horse – so called author of a composition, full of symbolic meaning – Man – winner of nature. 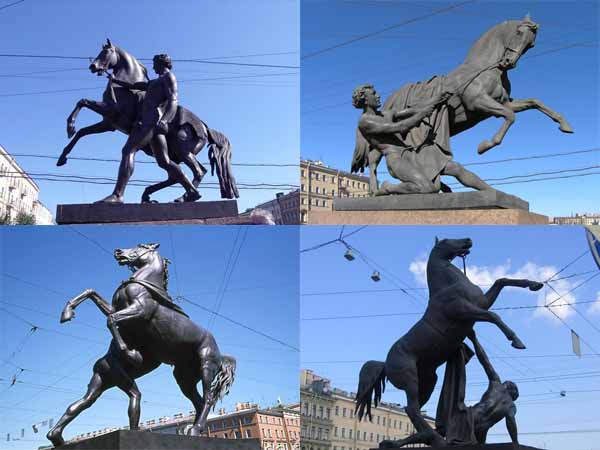 A fairly recent tradition to build monuments to representatives of different professions, settled down in St. Petersburg and organically fit into the urban surroundings. A monument to the policeman, the water carrier, the tram, the lamplighter, janitor – enliven the urban landscape, attract tourists and better reveal such a rich and eventful history of the town.

Finally, the small sculpture of Peter is a monument to the “Chizhik-pyzhyk” on the Fontanka embankment. Its uniqueness is that the hero of the monument – the bird of the old St. Petersburg liver careless about the body, drinking vodka on the banks of the very same St. Petersburg where he can be seen today. 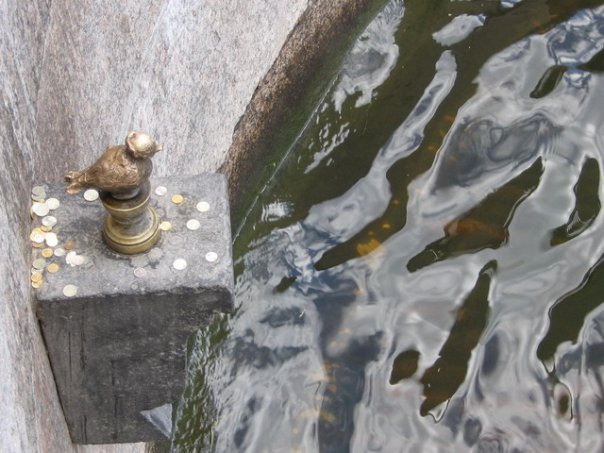 I must say that sculptural collections of the Hermitage, the Russian Museum and Museum of urban sculpture, worthy of a separate review, because their validity, vastness and diversity makes it impossible to tell everything in one article.

Don’t miss your chance to see the museums of St. Petersburg. To do this, we created a separate page. In General, follow the link – see for yourself.