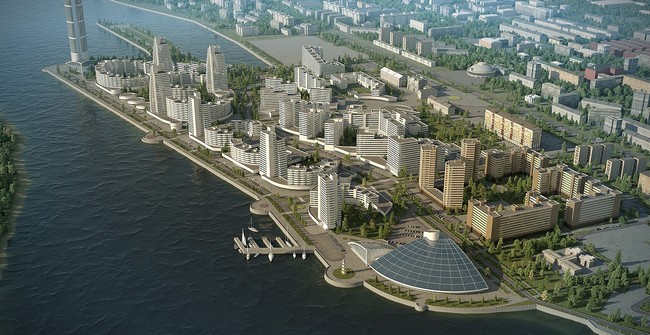 The most popular monument of Krasnoyarsk is a sculpture of a silver horse, symbolizing the horse that boyar son, which determined the location of the Burg, next to which grew the town later. The author of the sculpture Alexander Artemov. Surprises with extraordinary precision and accuracy of the image. It is known that the author was advised by a professional veterinarian. Today this sculpture is a popular place for newlyweds who are photographed on the day of the wedding. 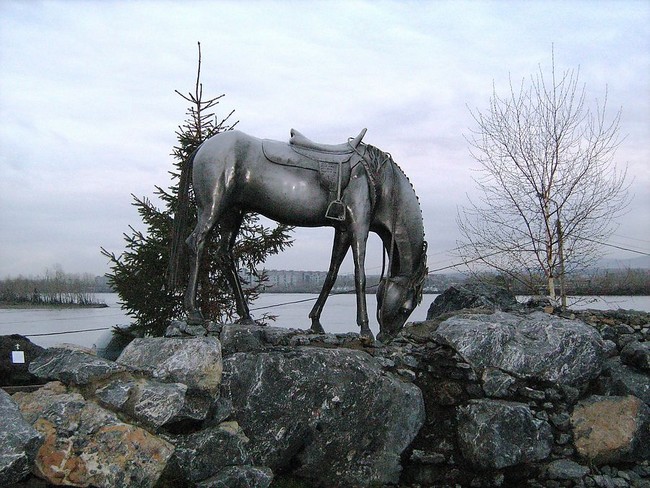 The sculpture of Krasnoyarsk founder Andrey Dubensky is on the Pokrovskaya mountain. Bronze sculpture (author V. Girich) installed on a granite pedestal. Around the statue you will find a picturesque square. 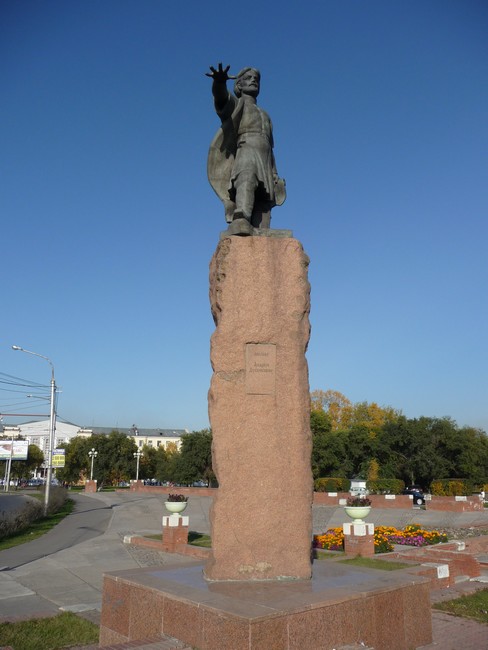 In 2007, in the city centre opposite the concert hall, was a monument to the “Chamberlain Rezanov”. The very brave hero and the traveler, sung in the musical “Juno and Avos”. 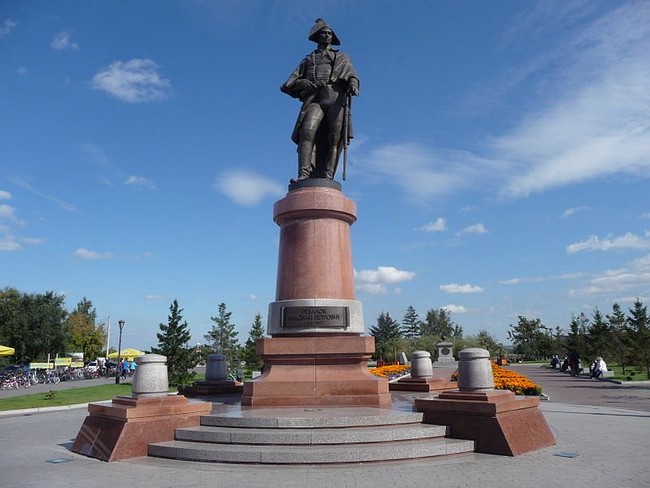 Krasnoyarsk is the birthplace of the great master painter Surikov, so no monument to the man also not done. During its existence, the monument several times changed the location. The bust now adorns the square near the House of the Artist. The author of the monument – Moscow sculptor I. Kotov. 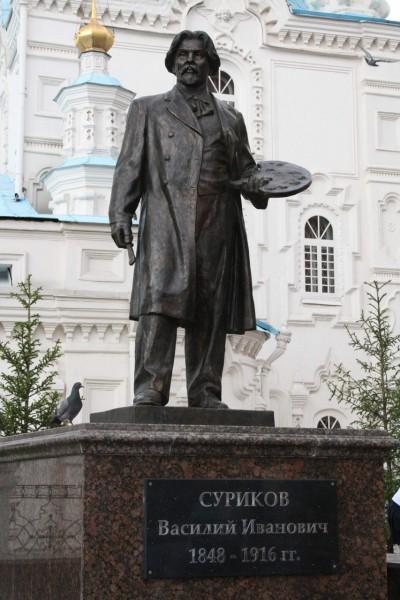 Konstantin Zinich was the author of the monument to Chekhov, set on the eponymous square. It is known that the writer spent in the city one day and admired the beauty of the Yenisei. 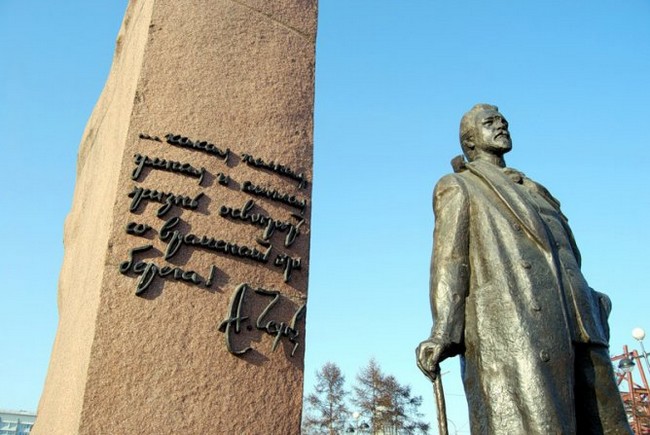 Another important monument of the city is the sculpture of a priest and a surgeon Voyno-Yasenetsky, Archbishop Luke. The greatest doctor is the author of numerous works on medicine, at some point in their lives took the decision to withdraw from the world, took the veil, but his medical career did not leave, continued treatment of patients. 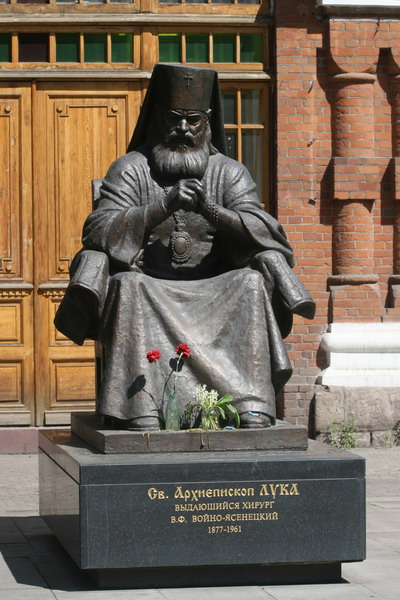 One of the most popular modern sculpture of Krasnoyarsk – the wolf from the cartoon “there once was a dog”. The sculpture is made with humor. In addition, she “talking”. Anyone who touches the coin on the belly of the wolf, can hear one of the nine phrases in the Arsenal of the sculpture, calling to respect the cleanliness of the Park, where is this funny monument. 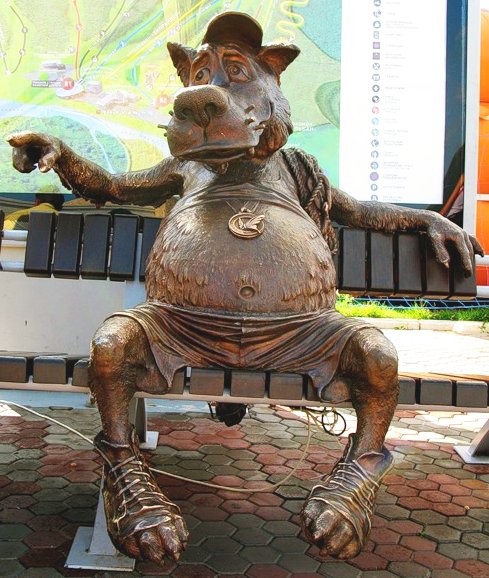 Sculptural composition “Uncle Yasha and trainee” (author A. Kunitsin) unique because it is the only one in the world installed in honor of representatives of the the most common profession of urban sculpture. Experienced master comes out of the manhole and young partner carefully and faithfully looks at her mentor. The townspeople believe, that depicts a real person, though the author of the faces of the heroes invented. 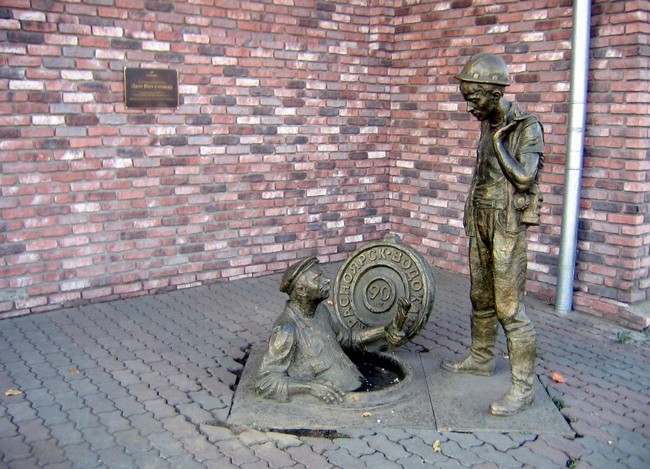 On Mira Avenue, in the city center is a monument to the artist Pozdeev. The work is done so realistically that passers-by often perceive her as a real person. When vandals broke off from the sculpture of a massive umbrella, residents of the city gave the monument a real umbrella. The image of the artist is very lyrical and open. The sculpture fits perfectly into the bustling Avenue. 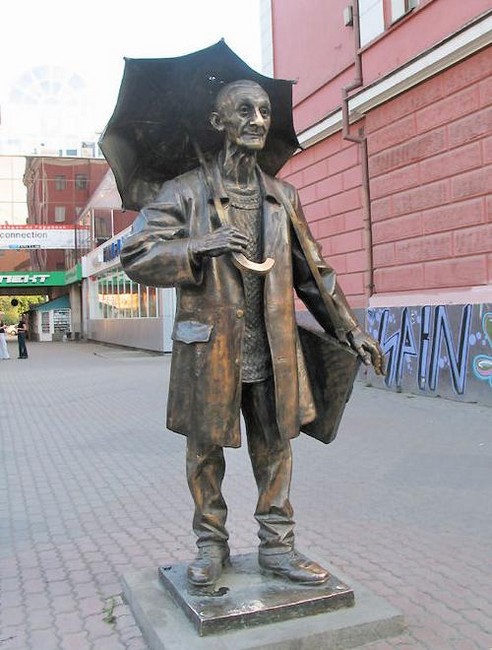 City streets features many unusual and ironic, the work of local artists: “Uncle Bob”, “Continuity of generations”, “the Bremen town musicians”, the fountain “Adam and eve”, “the Janitor Petrovna” and many others. 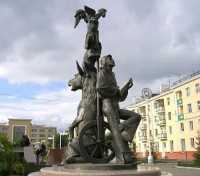 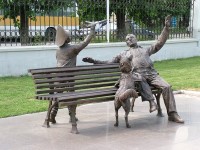 the Continuity of generations, Krasnoyarsk, the monument

It is a pity that the sculpture of the continuity of generations is already in place is not worth it,I don’t even know where the bailiffs took it.