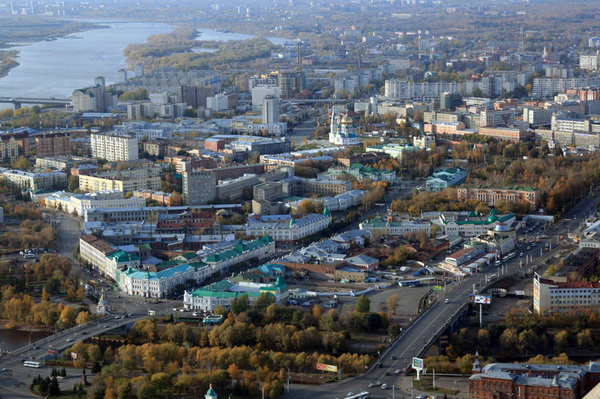 The streets of Omsk full of sculpture so uncommon and amazing that this city can rightly be called a repository of contemporary urban sculpture Russia. Along with unusual monuments, there are many traditional, historical and modern monuments. 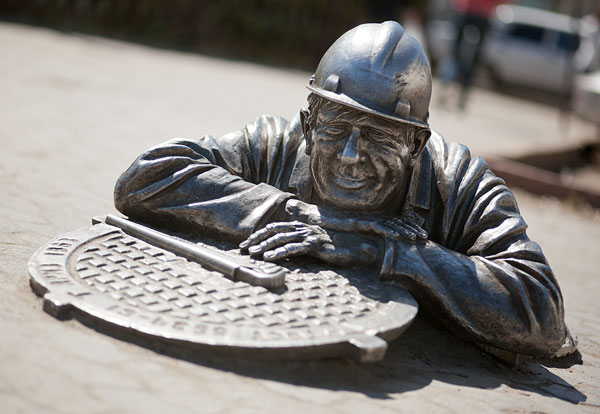 The most famous monument of Omsk, the sculpture “Terra”, which is a picture of the mechanic in the sewer. During holidays, the citizens must “buy” the hero’s glass of vodka. With a sculpture associated with multiple takes and fun customs. Few people know that in addition to “stepanych” in Omsk is located on the fire tower. This is a symbolic image of the Omsk fire. 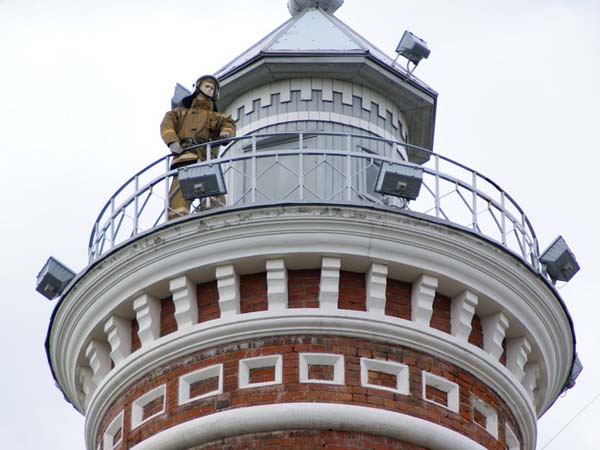 Another well-known sculpture of the city of Omsk – Lyubasha. This is a sculpture of the unfortunate young woman, the wife of one of the governors of Omsk in the 19th century, ailing with tuberculosis and dies very young. Citizens with special awe and love for sculpture. 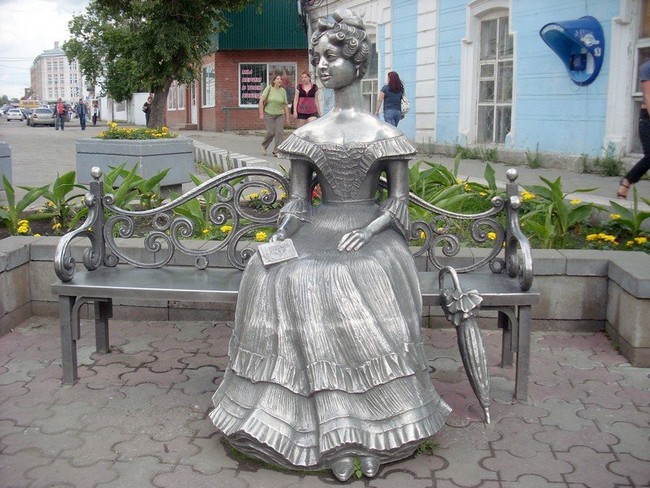 In front of Omsk youth Theatre is an unusual sculpture of don Quixote. Racing horse and rider is completely static. The sculpture is made of many parts, from virtually scrap metal. Our work is characterised by wonderful energy and dynamism. However, aesthetics of the sculptures are not entirely consistent with the place of installation. 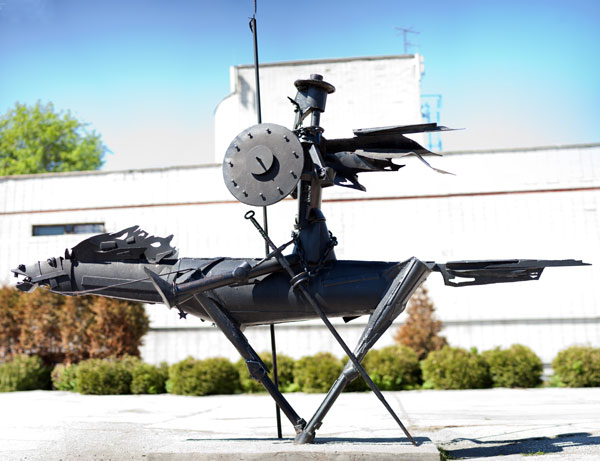 “Communal Karas” was the title of the work A. corporals, set on the street Chapaeva. Metal fish on the back which houses antennas, ladders, the whole city. A modern interpretation of the fairytale “miracle-Yuda”, showing the illusion and futility of the material life. 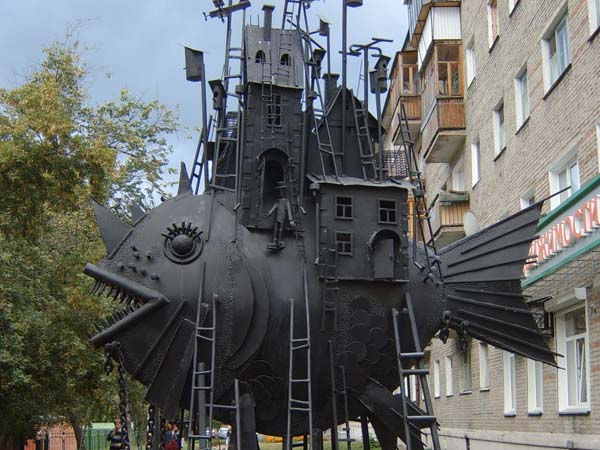 The mysterious sculpture of the city called “Children, nursing penguins”. The mystery of it is that no one has been able to explain its meaning and relationship to Omsk. Set in the 50-ies, this work still attracts attention with its inexplicable meaninglessness. 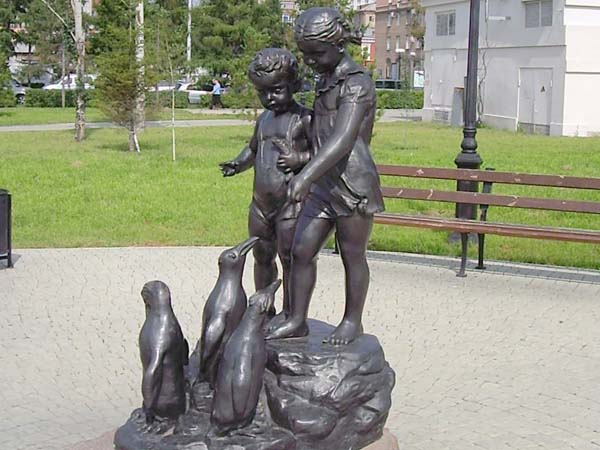 Frightening in its complexity and mnogovektornosti sculpture “Scales of life” is near the Museum of fine arts. The author, again A. Kapralov, unusual and very creative shows the eternal problem of the choice facing every person. The choice between the spiritual and the carnal, between the ideal and the material. The composition is very complex, filled with many symbolic details. 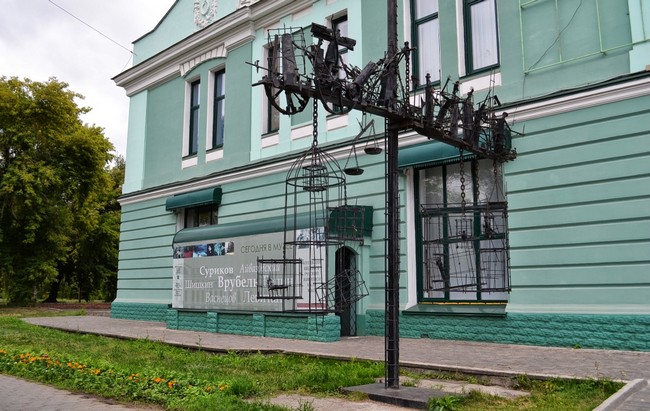 Amazing and funny monument “Paparazzi” in the form of polvoron of the man in the tree. The original interpretation, elegant performance, irony and humor – all this attracts tourists. However, many argue that this sculpture is unexpected and effective advertising of salon of cellular communication located nearby. 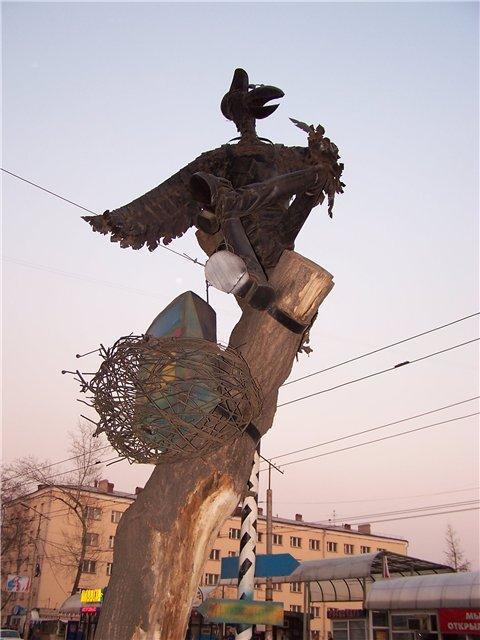 A monument to the policeman on one of the Central streets of the city presents us with the brave image of the guards of pre-revolutionary Russia. In the stream of passers-by the monument looks very organic. 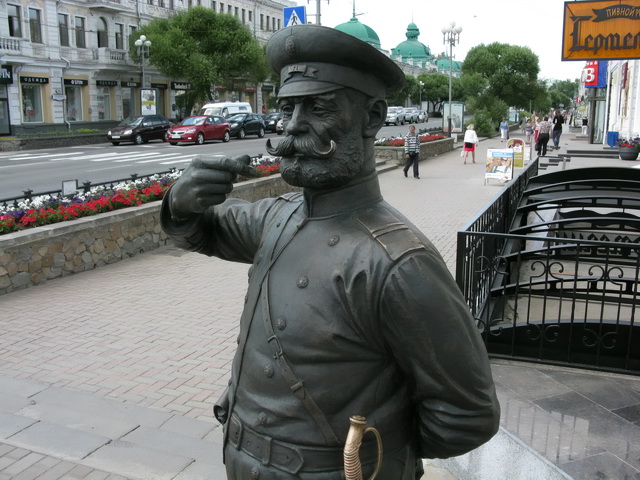 The city has several monuments dedicated to the victims of the world wars, soldiers-Afghans and sculptural monuments of historical personalities. However, the performance of those monuments are characterized by artistic originality.