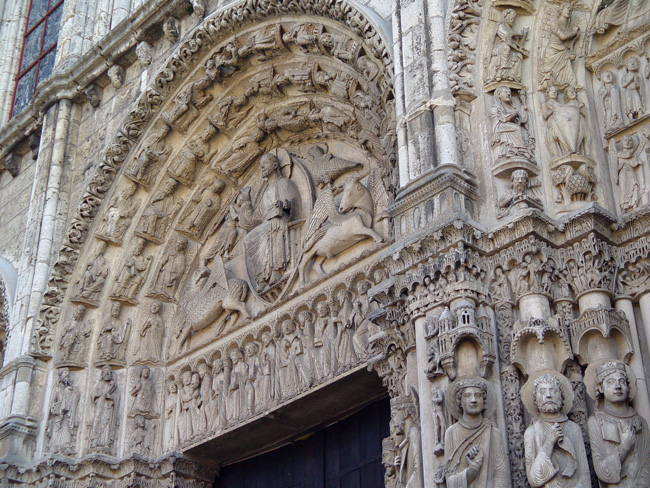 Romanesque – a style of ancient, pagan traditions and replicas. Symbolic language of this direction in art of the early middle ages, the first style is born outside of Greece and Rome, is difficult to understand. A modern viewer is enough external intricacy and vivid expressiveness of Romanesque sculpture. Meanwhile, the wizard of the early middle ages considered it their duty to embody in stone the complicated structure of the universe and its divine essence and unfathomable complexity.

The heyday of this style in sculpture came at the beginning of the 12th century, the age of 13 and he’s got a new powerful style, which eclipsed the previous. We are talking about the Gothic, which appeared due to the development of the Romanesque, heavy and rough style, in the depths of which matured Gothic lightness and elegance. So here’s a convoluted way of barbarian Europe began his career by rejecting the antiquity…

Romanesque sculpture is inextricably linked with architecture. Outside the temple there is no sculpture of early Christianity in Western Europe feared the return of idolatry, therefore, the very temple sculpture appears quite late.

Speaking of Romanesque sculpture, it is necessary to clarify that the actual sculpture it can be called a stretch. Most often are due to the reliefs that adorn the tympanum (the semicircular space of the arches above the entrances), as well as column caps and decorative framing of the walls. Round sculpture, liberated from the stone completely, a phenomenon rare in the Romanesque characteristic of the late period development of style.

The middle ages practically left us no names of artists, sculptors, architects. Therefore, almost all works of Romanesque anonymous.

Stories of Romanesque sculpture is always associated with biblical scenes. A favorite theme – the last judgement, doomsday, Apocalypse. The reliefs on these topics are rife with scary monsters, monsters, fantastic creatures. In these reliefs the most of borrowing from the barbarous mythological ideas about the human world and the shadow world.

Subjects related to the triumph of Jesus Christ, full of pathos and pathos. The figure of Christ is interpreted as the image of the Great judge, the Almighty, one of the incarnations of God the Father.

Masters Romanesque loved to push in his works, opposites: heaven and hell, Heaven and Earth, good and evil. In this battle of fundamental differences sculptors sought to show the complex structure of the universe. Hence, multiplicity, bright emotionality of the characters, a complex web of shapes, voltage and dynamic compositions. 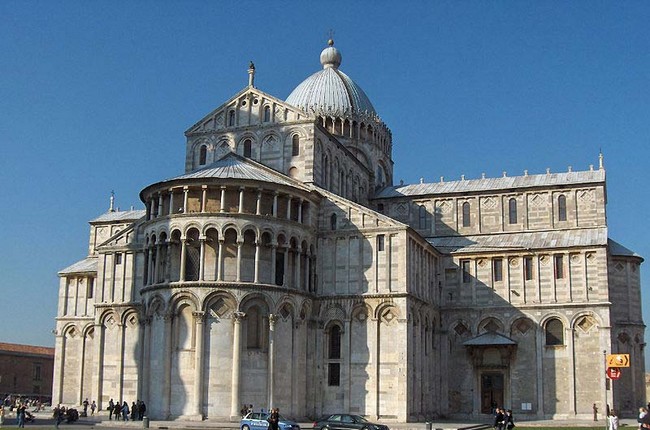 Most of the masterpieces of Romanesque preserved in France, Germany and Spain. The rich decoration of the Cathedral in worms, the monastery of Cluny Church in Poitiers. So loved by tourists of Pisa Cathedral, the Church of Peterborough, the Basilica in Saint-Denis. 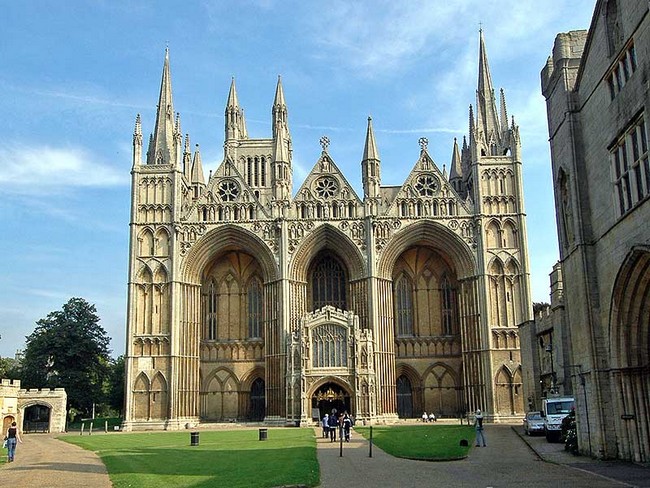 Many of the major cathedrals in Europe were rebuilt with the arrival of the fashion for the Gothic, many sculptures were damaged during the French revolution. However, the remaining masterpieces full once only, heavy and rough style that adorned all the temples of Western Europe.

Thank you for the article! It was very interesting to read

Thank you very much, it was very interesting and helpful)