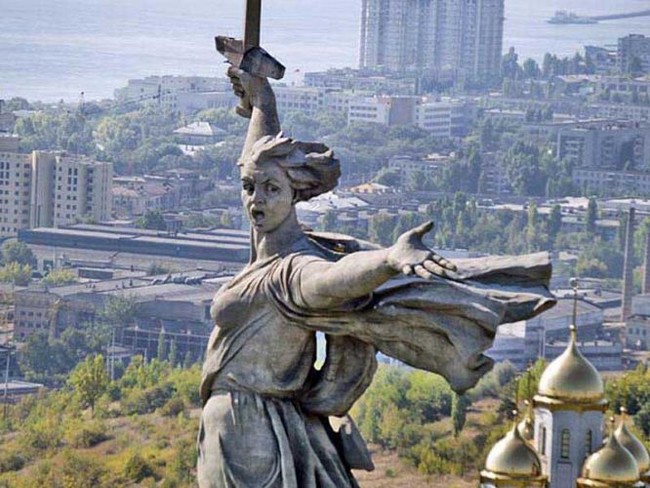 The memorial complex dedicated to the defenders of Stalingrad, listed in the Guinness Book of records as the most monumental structure. The construction of the complex began shortly after the war. The entire project is the monumental complex was created under the leadership of the great Russian sculptor Yevgeny Vuchetich already established by this time, the memorial in Berlin’s Treptow Park.

The monument, which is buried more than 35 thousand of the defenders of Stalingrad can be divided into several artistically independent parts. 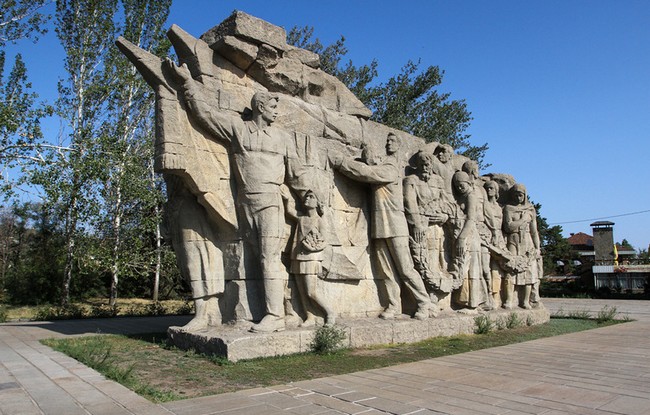 The relief height of 8 meters and a length of 17 meters precedes the main composition of the monument. Vucetich has depicted the mourners procession of people walking to the side of the monument. The symbolic meaning of the relief – the eternal memory of the heroism of Russian soldiers at Stalingrad.

Avenue of Lombardy poplars, as if the soldiers guarding the peace of the dead comrades, leads to the Central part of the monument, which starts from the Area were killed. 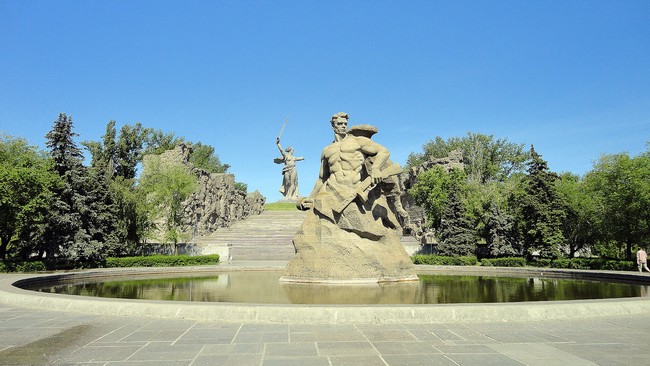 The Central figure on the square is a sculpture of half-naked warrior, armed with a gun and a grenade. At the base of the sculpture – the slogans of the battle of Stalingrad. The sculpture is a symbolic representation of all those who came to the defense of the Fatherland from the invaders. The author achieves a dramatic effect by placing a figure of a warrior before the main sculpture “Motherland”. 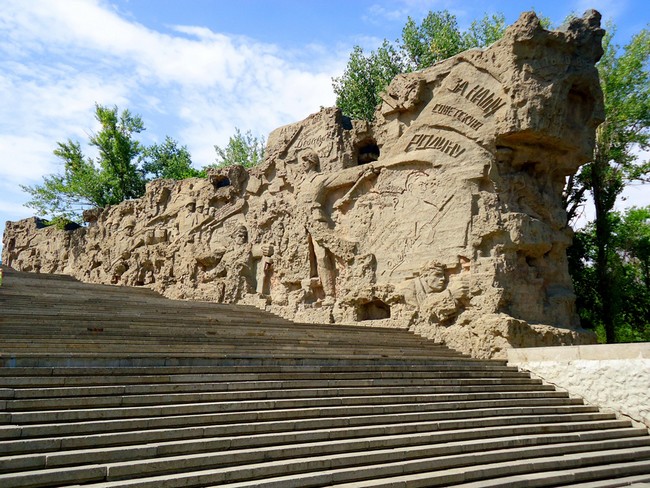 From the square “Standing to death” is the road to “heroes ‘ Square”. Connects square staircase-corridor, on both sides of which is tied high relief of the “Wall ruins”, symbolizing the horrors of the besieged, fighting in the city. 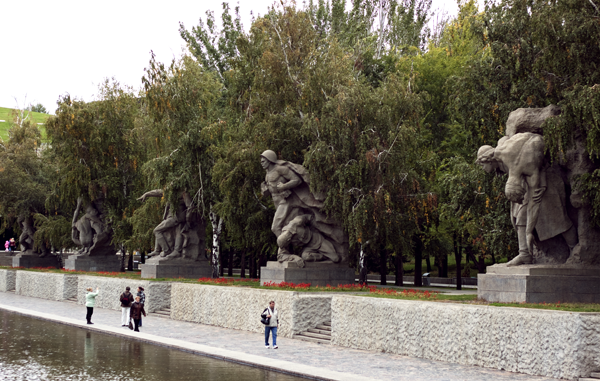 Center “heroes ‘ Square” is a rectangular pool. On the left side it is bounded by a wall in the form of a banner with inscriptions (names of characters, phrases, orders, etc.), the right of the pool are six pairs of sculptures that depict the fighting soldiers, citizens, women, children – everyone who took part in the battle.

From heroes ‘ square, the viewer moves on to the monumental relief, stingy, schematic means of depicting the battle itself, the joy of victory, the bitterness of loss. Impressive monumental topography, total area of about 1000 square meters. 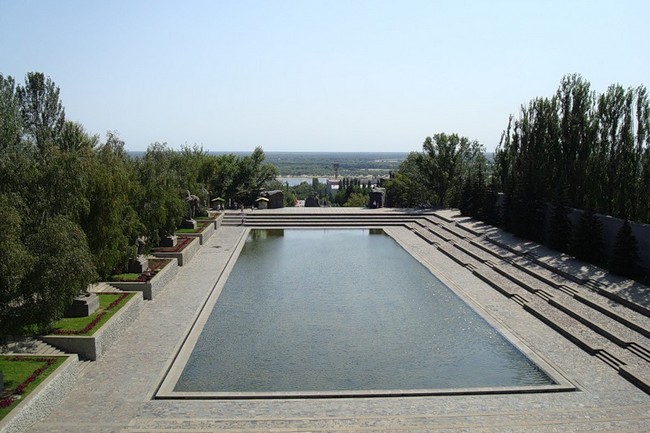 Hall of military glory gives an idea of what was the price of this victory: on the walls of the hall there is a monumental banners of Golden glazes that are completely covered with names of all those killed in the battle of Stalingrad. 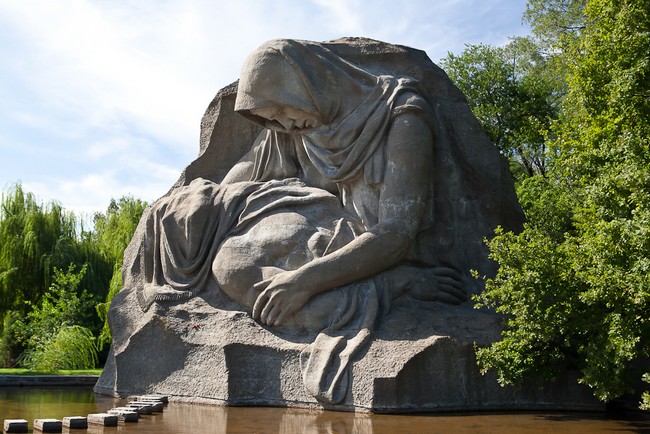 The Central figure of the grieving over the body of the murdered son the mother made in the aesthetic program of Michelangelos “Pieta”. The author managed using concrete as the material to make the composition plastic, lightweight and, at the same time, extremely dramatic and emotional. 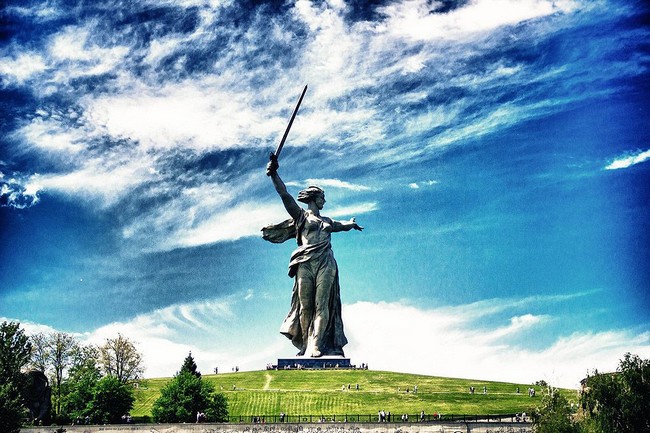 Apex, crown, culmination of the memorial. The highest statue in the world at the time of creation. Made of reinforced concrete. Its technical parameters are impressive. But even more impressive in its emotion, drama and energy invested by the author.