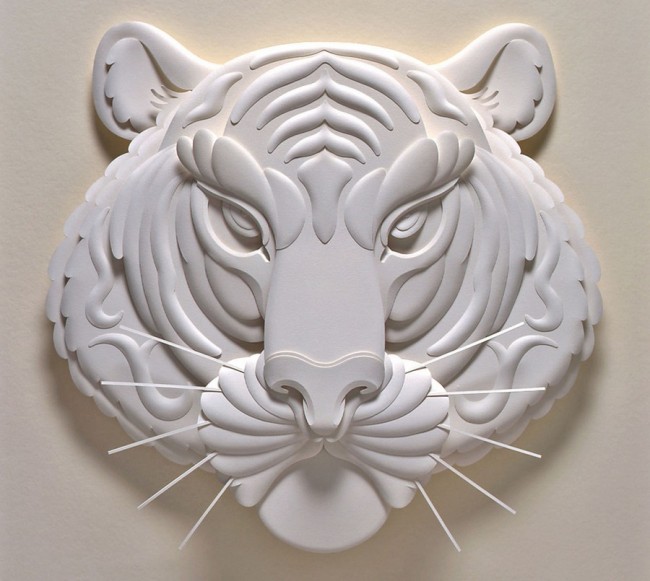 Creating sculptures from various materials mankind has engaged in from the remotest antiquity. Known articles of stone and horn made back in the days when people lived in caves and worshipped the forces of nature. Paper is a material relatively new, available to the General population, it has only recently become so use to create works of art began only recently.

Previously, paper was the only basis for graphic works and paintings, three-dimensional images of it were rare. In Japan, the paper figures were created origami – through a special method of folding the sheet received three-dimensional image of various animals and fantastic creatures, flowers and fish. In Europe, the sculpture of paper was limited to papier-mâché – placing surround item from the soaked pieces of loose paper. 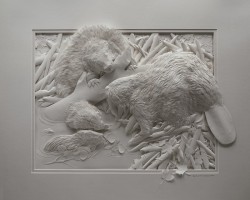 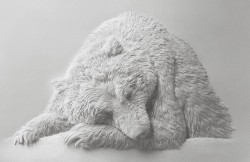 But the true sculpture of paper appeared only in the second half of the twentieth century. In our days such masters quite a lot, and paper sculptures have become a full part of modern art. One of the famous artists, creating their unique pieces of plain paper – canadian sculptor Calvin Nicholls. It performs extremely realistic images of plants, birds and animals, using paper, glue and a sturdy frame to give his work the stiffness and volume. His sculptural paintings of animals and flowers seem alive and real. 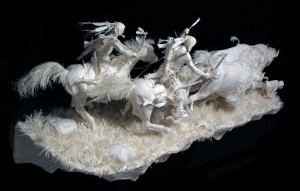 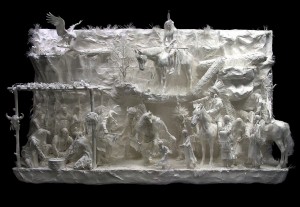 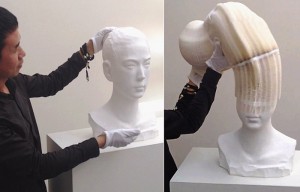 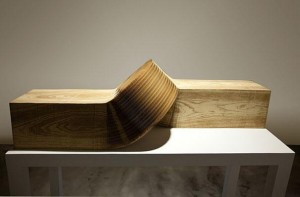 Flexible sculptures made of paper Li Hongbo
In a very special technique works from Beijing sculptor Li Hongbo. He creates sculptures, which can stretch and deform like a spring. This unusual effect is created by very complex mixing and matching hundreds, even thousands of layers of paper, in a special way interconnected. These unique works of art seem to be made of a dense opaque material such as marble, but it is necessary to touch them, as the whole structure is in motion. 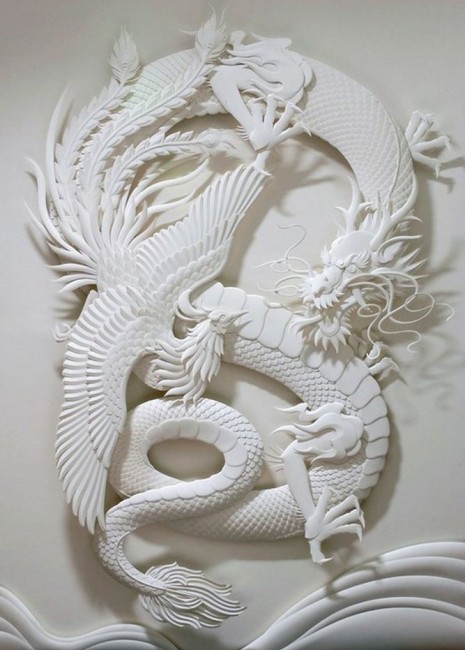 The Phoenix and the Dragon, Jeff Nishinaka
Jeff Nishinaka creates out of paper the real epic big canvas. One particularly impressive painting on a traditional Asian story – the battle of the Phoenix and the Dragon. Snake-like Chinese dragon squirms fancy rings, and curls around him a huge fairy bird with beautiful long feathers in wings and tail. The image consists of many small parts, skillfully transferring the pattern of the feathers and scales of the characters. 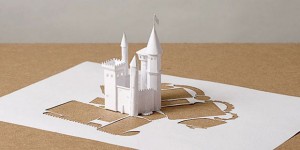 Peter Callesen, sculpture made of paper 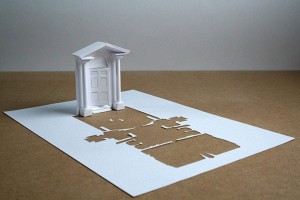 Peter Callesen, sculpture made of paper
Absolutely original style of making sculptures out of paper owns the Danish artist Peter Callesen. In all his works an obligatory element acts as a large sheet of paper on which the bulk of the paper figure. The slots on the paper correspond exactly with the sculptures depict the shadow or the true shape of an object, such as a building.

I want to believe that works of paper has a great future, because modern sculptors learned how to turn it into a unique work of art, looking at which I can’t believe all these perfect creations created from such simple and fragile material.