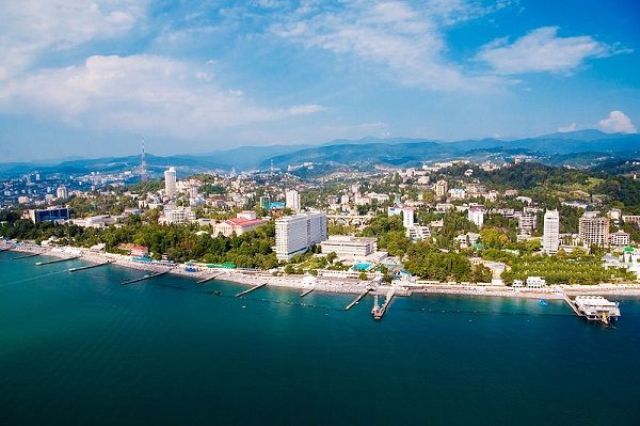 Sochi – the city is not easy and simple it never was. In the summer season here, the rest of the millions of people, and the rest of the city prepares for next season. Despite this, Sochi has its own history, and therefore historical, sculptural monuments. However, not so much, so special attention should be paid to the city sculpture, more symbolic than artistic. 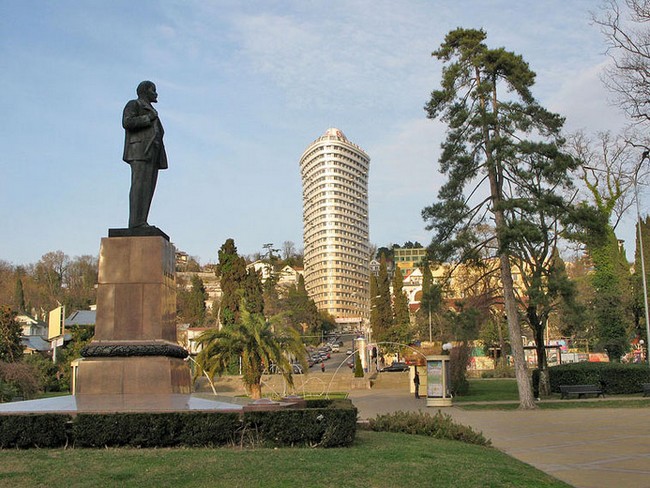 Without Lenin in Sochi, of course, has not done. The monument to the leader of the world proletariat is mounted on one of the squares in the city centre. The work of sculptor Vilnius are not original, but done quite professionally. 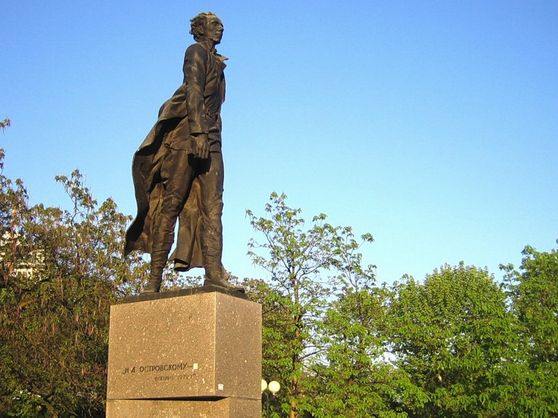 Another monument is the statue of writer Nikolai Ostrovsky, creative activity which is linked to the resort city. The monument is located at the Resort, so it is faced by virtually all vacationers. Well-known for the book portraits of a gaunt face, tense posture, fragile – all this work creates amazingly realistic and harmonious way. 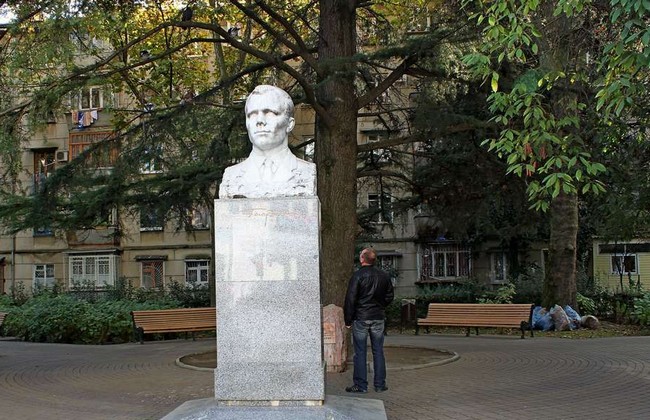 The heroic image of the first cosmonaut was created by the sculptor Bagan. Marble bust of Gagarin is set in a Park, under the shadow of the Himalayan cedar, the astronaut planted on this site in 1961. 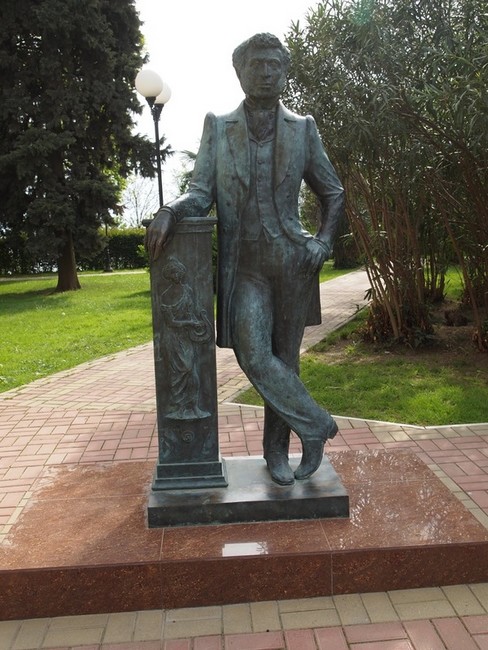 Pushkin monument in Sochi was installed recently. A local sculptor has depicted the poet, resting on small column with a picture of the Muse. The opening of the monument was accompanied by a lush presentations, however, the image itself is poor. The figure turned out to be hard, rough, and the familiar realism of the image is highly questionable. 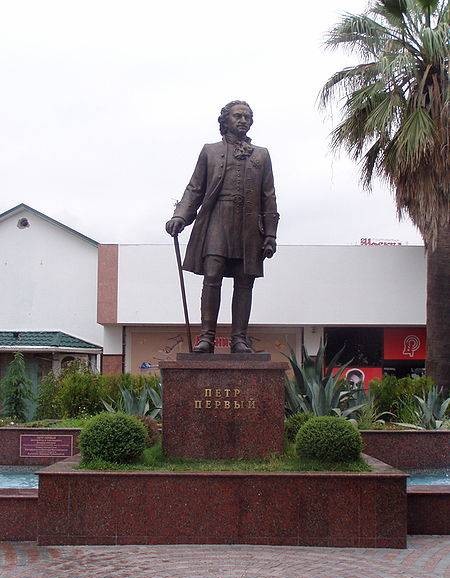 In Sochi you can find the monument to Peter the great. Mounted in front of one of the piers, the monument is made by local craftsmen by Zvonova and Buteven. The king is depicted standing on the shore, with his famous walking stick in hand. The sculpture was made in Minsk and installed in 2008.

Bust of Catherine the great, set in the courtyard of one of the schools, is a reduced copy of the famous monument to the Queen in Krasnodar. 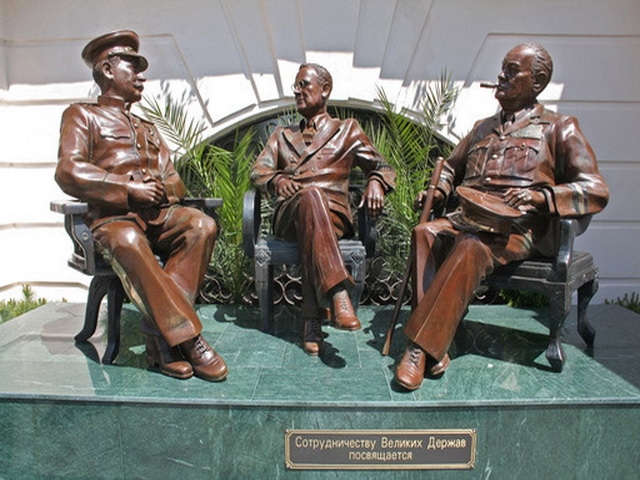 Israeli sculptor Mishler created a sculptural group, consisting of figures of Stalin, Churchill and Roosevelt. The author dedicated the sculpture to the cooperation of the heads of superpowers. The author plans to create multiple copies for gifts to heads of UK and US. At its core, the work is done as a three-dimensional incarnation of well-known photographs depicting the heads of three anti-Hitler coalition during the meeting in Yalta. 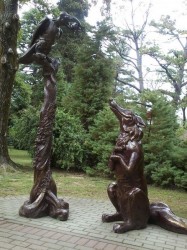 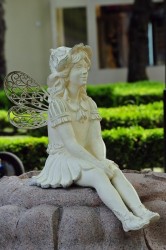 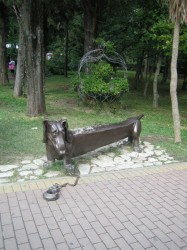 The city is rich in sculpture Park Riviera. The most interesting of them is “Thumbelina”, bench “Beavers”, “Dachshund”, “Two gnome with a bag of coins”, “the Crow and the Fox”. All these works are made by sculptors Zvonova and Buteven. Each work has an original approach, balanced content and an unmistakable irony. 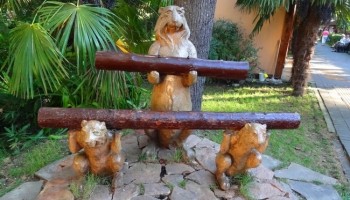 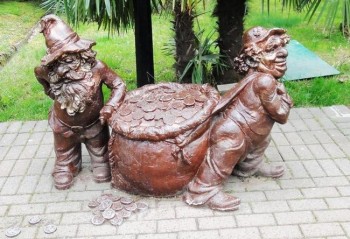 In addition, the Park Riviera is full of graceful sculpture fountains. The monument to the founder of the Park by Vasily Khludov installed in 2004. One of the most original monuments of Sochi – bench reconciliation. Arranged in such a way that the people sitting on it constantly converging, bench popular among citizens and tourists. 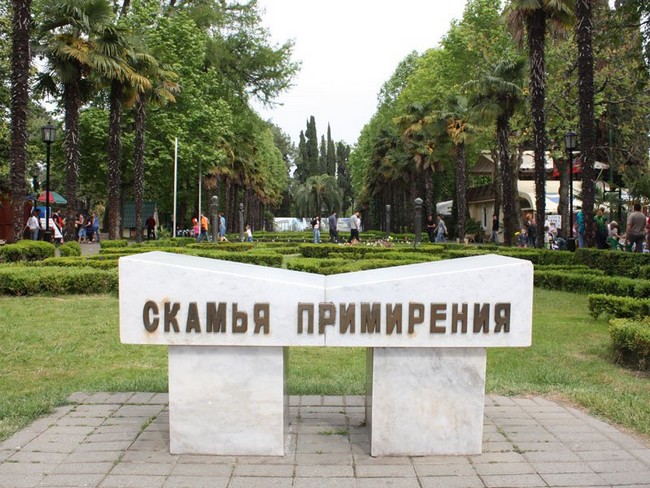 On the Theater street of the city is a monument to the “Horse in a coat”, made for several days by the local sculptor A. Kalapana. Expensive coat, a glass of wine in the “hoof”, an expensive cigar – all in this monument as much fun to passers-by. 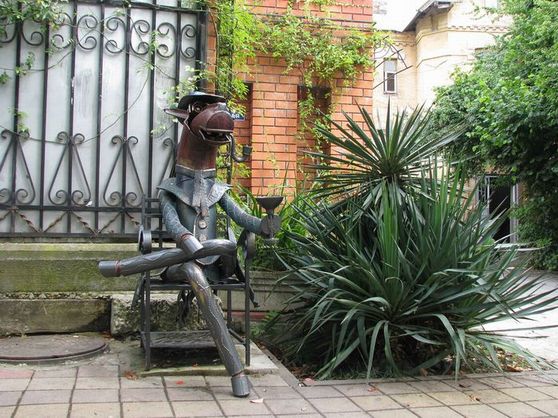 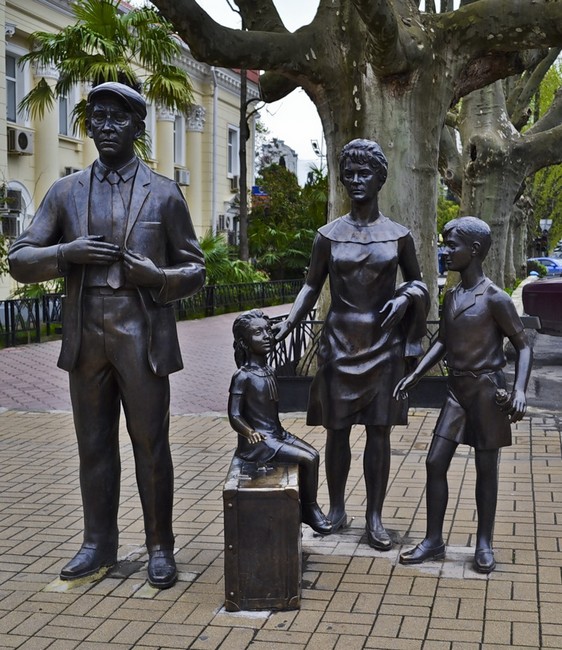 I can not respond to the monument to Pushkin. The worst image of the great poet I don’t know. The author needs to eat a shame for this mutilation is so close and familiar image. The removal of this “work” would be a good gift to residents and anyone who has ever looked at this “masterpiece”.

I am a member of the Board of the Turgenev society in Moscow. Gather information about the monuments of I. S. Turgenev in Russia and abroad. Could You answer the question – who is the author of the bust of Turgenev, established at the alley of writers in Sochi?