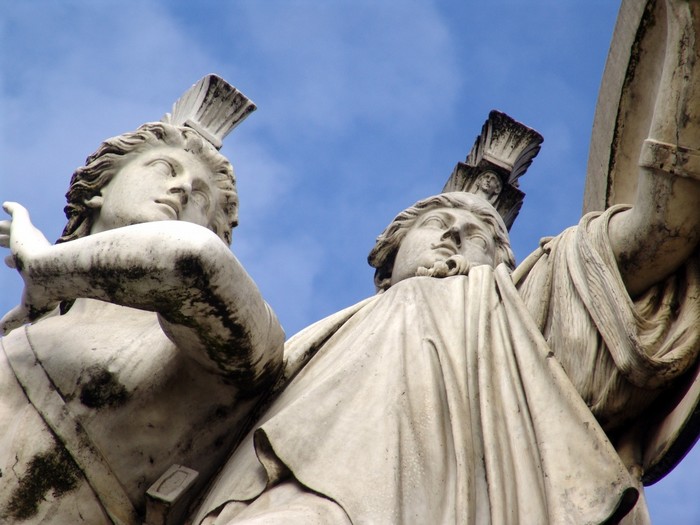 Given that the sculpture is an ancient form of art, its connection with the cult in ancient times, inseparable. Perhaps, the vast majority of plastic-preserved images of the stone age, one way or another connected with the cult and can be called “sculptures of the gods.” Later, when it replaced animism, totemism came, sculptural images of gods became more clear and pronounced.

Sculptures of the pagan gods often made of stone or carved from wood. Unfortunately, evidence of pagan culture on the territory of Russia there are not so much. Often in museums in our country there are only a few instances not too well preserved. Among them especially valuable are so-called Big Shigir idol, made in the 8th Millennium BC. Date impressive because the sculpture of the older figures of the Egyptian gods, as well as sculptures from Mesopotamia.

The sculptures of the Egyptian gods known to all the pictures in school textbooks. The most monumental of them were located once in the temples of Luxor and Karnak, to the rock temples of the Nile valley. Museums of Egypt is full of all sorts of figurines and small sculptures of Anubis, Seth, Choir, ISIS, Osiris, etc. According to Egyptian tradition, all the sculptures depicted either sitting or doing a step forward (one step to eternity). Perfectly symmetrical face, the proportions of the bodies is strictly defined by Canon. Big eyes (the Egyptians believed that one of the human soul dwells in the eyes) do Egyptian sculpture expressive and spiritual. 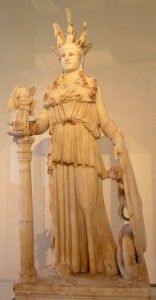 The Sculpture Of Athena Parthenos 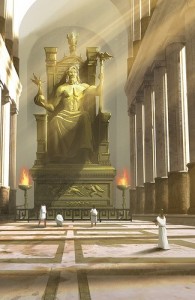 , The Statue Of Zeus
Perhaps this is what ancient culture gave the world culture the most highly of sacred sculpture. It is worth mentioning two of the great masterpiece of Phidias sculpture of Athena Parthenos and Zeus. The second figure has been preserved only in marble copies, which gives an idea only about the form of sculptures, deprived of its former greatness and realism. The originals of the statues of Athena and Zeus was made in a complex chryselephantine technique (wooden framework, covered with thin gold plates (the hair, the clothes and weapons) and thin plates of ivory (nudity)). The use of ivory made the incredibly realistic sculpture, transmitting the texture of the white, translucent skin with warm hues and gold glitter gave a grandeur and sense of infinite power of the gods.

Sculptures of ancient gods adorn the best museums of the world. In the Louvre you can see the sculpture of Venus and Niki. Both sculptures created in the second century BC. Different authors, different interpretations of images by different approaches. But the harmony, plasticity and skill to make these sculptures are the masterpieces of ancient sculpture.

Interesting figure resting Hermes (national Museum of Naples). A free, relaxed posture, calm and detachment on her face. In the figure, there is nothing “divine”, only the winged sandals suggest that we have before us the God of trade, patron of fakers. 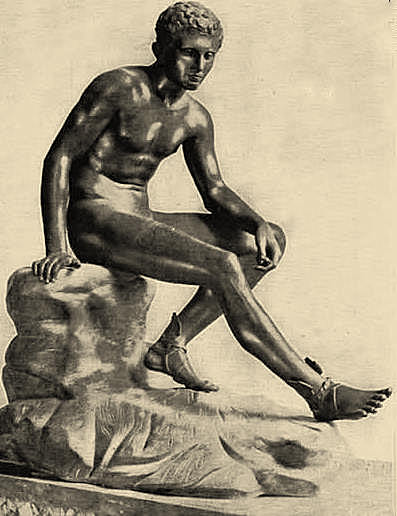 The archaeological Museum in Athens is justly proud of the unique bronze statue of Poseidon perfectly preserved in the sea, near the promontory of Artemision. For this image, created in the epoch of Hellenism, the characteristic energy of inner tension and dynamics. Some emotion common to all Hellenistic sculptures, makes the monument interesting for detailed study. 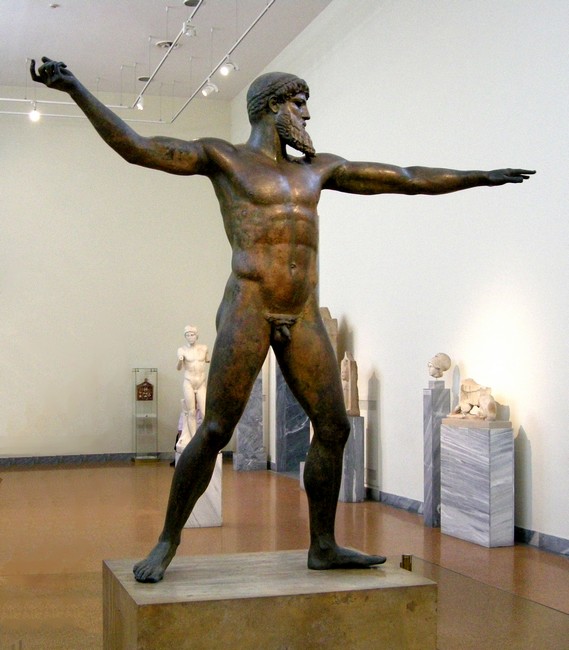 Sculptures of the gods of Ancient Rome in terms of aesthetics and content actually repeat the work of Greek masters. The only merit of the Romans in sculpture is, in a realistic manner. Since most emperors were deified, that in many sculptures of Mars, Jupiter and Neptune can learn some of the August rulers of a great Empire.