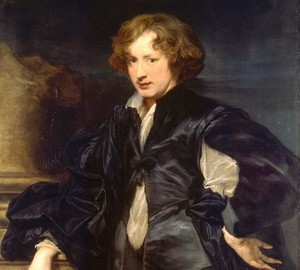 Self portrait – Antonis Van Dyke. Around 1622-1623. Oil on canvas 116.5 x 93.5 cm
The “Autoportrait” that Van Dyke wrote after returning from Italy is the pearl of an ermitage meeting. He is one of the best works of the artist in his genre. The portrait conveys the grace of the appearance and originality of nature “the bummer of fate”, as the painter called contemporaries. It was in such a way that the European aristocrats wanted to see their favorite with a secular gentleman with subtle facial features and white cholen hands. The work of Van Dyck is distinguished by the sophistication inherent in his mature work. By combining a limited number of colors – brown-pink, black, gray-white – the master managed to maintain the freshness of the full-scale etuda and achieve a powerful picturesque effect.

The appearance of an elegant young man reflects the epoch-specific idea of the artist as an artist involved in the world of harmony and beauty.