Self portrait, Hans Golbein the Younger, 1542 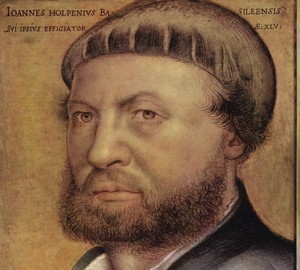 The artist’s small self-portrait was created by those mean means that Hans Golbein increasingly resorted to over the years. Usually in his portraits, models are depicted on a neutral background, but in this case it is golden, which recalls medieval art, where such a background symbolized heaven. This technique translates the entire image into a sublime plan.

Golbein carefully conveyed the details of his own appearance: a wide face, slightly mowing eyes, a short furry beard and other features. His gaze shows concentration, sincere interest, and at the same time this is the look of a person who sees everything around from a wide angle. So artists look at the world – both close and covering it as a huge panorama.