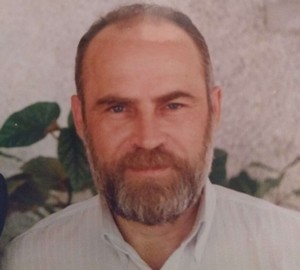 Selivanov Alexander Antonovich was born 23.08.1957 year in the village Orshanka, orshanskiy district of the Mari ASSR in the family of workers. Was killed September 29, 2000, in the city of Yoshkar-Ola, Republic of Mari El. 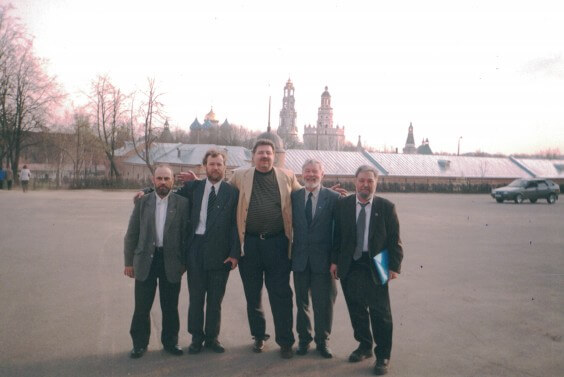 From 1967, the artist lived with his parents in Yoshkar-Ola in 1969 entered the city children’s art school. In 1973, after graduating from the 8 classes and 4 classes children’s art school. In 1977 graduated from the Moscow art-industrial school im.M.And.Kalinina. From 1977 to 1979 in the Soviet army, serving in the army. In 1979, after the army arrived in Yoshkar-Ola, got a job as a senior art editor in the publishing Department of Goskomizdat Mari ASSR. In 1980 he entered the correspondence Department of the Moscow polygraphic Institute, the faculty of “graphics”. diploma work defended excellently. Married. Later, in January 1983, Alexander Selivanov moved with the first family in Tashkent , where he worked in the “Goskomizdat” Tashkent. He worked as art editor of the publishing house of literature and art.Gafur Gulam ( with 4.09.1985 on 12.02.1986 g), senior art editor of the Tashkent branch of the publishing house “rainbow”. ( with 02.04.1987 on 15.03.1988 g) In 1988 was admitted to the Union of artists of Russia.

Came back with his first wife and daughter in Yoshkar-Ola in the early nineties – in the time of perestroika. Divorced in 1997. Married the artist was twice. The second time I’ve been married since 1999. The last years of his life he worked as the Director of the Yoshkar-Ola school of Art, headed the regional branch of the Union of artists of Russia. At the exhibitions of paintings by Alexander Selivanov has always aroused interest among the audience, they stood out flavor, fascinated by the style. To find its way in the art of Alexander Selivanov began in the ‘ 90s – the years of complex and ambiguous, which could not influence his fate and work. Change in politics and country life reflected in the paintings of the artist in various genre performances. Being a highly talented man, he wrote in different styles. Public recognized artist has been as a graphic. Graphic works, easel sheets and book series were awarded by diplomas of the all-Union competitions of the book in Moscow. According to the Metropolitan critics – owned pen and pencil “methods of book design and poster” 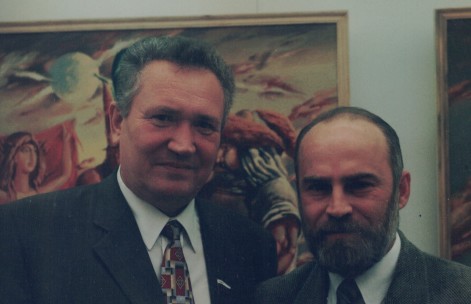 According painters.artunion.ru Selivanov Alexander Antonovich entered in the register of ” Professional Artists of Russian Empire, USSR, “Russian abroad”, the Russian Federation and republics of the former Soviet Union ( XVIII-XXI centuries) as a recognized artist, a two-dimensional space ( painter, graphic artist, poster artist, theatre artist, Illustrator, cartoonist, batikot, etc.), the Legacy of Alexander Selivanov in many ways. It’s realistic landscapes, portraits, icons, easel graphics, paintings with a unique style and flavor. Many of his works are looseness in the plastic, and composition. For the artist there were no restrictions in style, with unimaginable details he wrote of saints. He felt fine and was able to accurately convey the details and the main idea of the work. Artistic technique and the originality of his work is undeniable. Alexander Selivanov is one of the few artists, whose works make you stop and think about the essence of being and to focus on the deep parts of the picture. 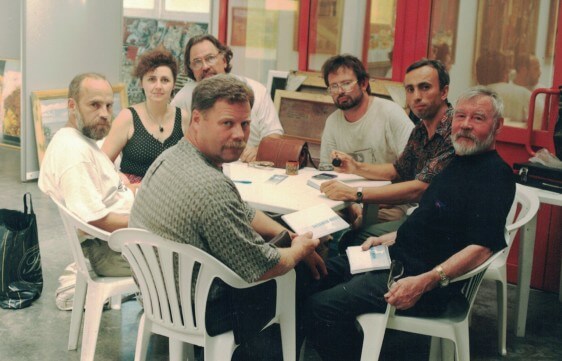 The life of an artist, full of creative ideas, highly professional, erudite deep person and artist ended abruptly and tragically on the night of 29 September 2000 from the hands of robbers who broke into his apartment. Killed the Creator was so severe that it becomes terrible from the awareness of a Martyr’s cross and the last moments of the life of this profound man, who managed to stay and live in “eternity” not only in its graphic, pictorial, surreal and avant-garde works, but also in the eternal faces of the saints, written in life. 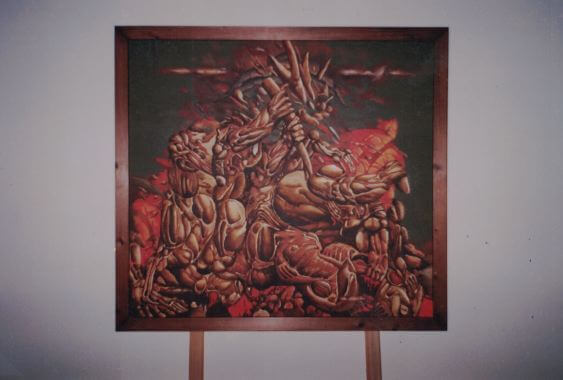 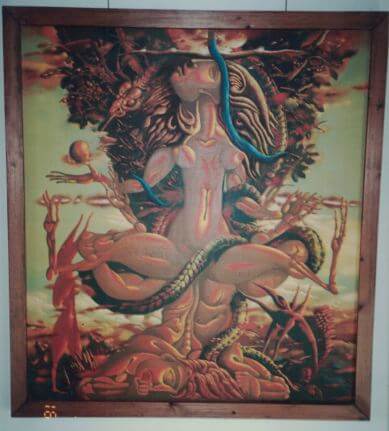 The clearer becomes the love of God in the life, depth, detail and sensitivity of his work as a painter. Your everlasting contribution he has time to invest in painting such icons as the images of Kazan and the Vladimir mother of God, image of Jesus Christ, John the Baptist, St. George and many others.