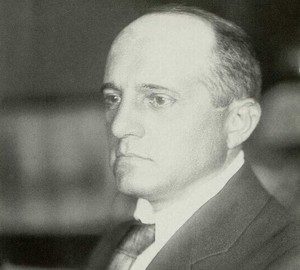 Zhukovsky Stanislav Yulianovich – Russian painter of Polish origin. He was born in 1873 in Hendrikhovna Grodno province. This village was then part of the Russian Empire, because the Kingdom of Poland was part of it. Now is Belarus.

The family of the future artist suffered from repression by the authorities after the Polish uprising of 1863. His parents were nobles, deprived of their titles and estates for helping the rebels.

The talent of the painter manifested itself quite early. When he studied at the real school of Bialystok, his work was noticed by the teacher. Under his influence, Stanislav went to study art, although his parents were against it.

In the first year of the twentieth century, he graduated from the Moscow school of painting, sculpture and architecture. On the formation of his talent and painting technique was influenced by the teachers that he trained, Polenov and Levitan.

Four years later, Zhukovsky already involved in the exhibitions of the society of the Itinerants, and two of his paintings purchased in the collection of the Tretyakov gallery. This shows how highly valued the skill of the artist and his skill as a painter.

The direction of his artistic activity landscape. On the formation of his style was influenced by impressionism – the direction in painting, who was at the top of popularity.

In the artist’s works noted the free use of color and exceptionally skillful use of light. They seem very alive and real, full of air and space. In his work he often used not only the scenery, but often wrote and ancient aristocratic mansions and aristocratic estates. His images of interiors are of great value not only as works of art. They represent a kind of chronicle of bygone years and can serve as a source of important information about the style and design of wealthy homes of the past.

After coming to power of Bolsheviks the artist’s life and his creative development is significantly complicated. The work he had – he was a member of the Commission for the protection of monuments. Among his accomplishments was the proposal to create a Museum from the estate of the counts Sheremetev Kuskovo, but as an artist he was completely uncalled for. The Soviet power did not need the landscape, they needed “ideologically” propagandists, the makers of posters, banners and slogans. Creativity Zhukovsky was too intimate, exquisite, consequently, “bourgeois” and “decadent”.

Two years after the revolution, he moved to Vyatka, and after three years returns to capital. But here he finds his place. Two years later he returned to his homeland, Poland, which gained independence and became a separate state.

At home, in Warsaw, he opened his own school of art and continued his artistic development, taking part in art exhibitions in the capital and Krakow. Later he was repeatedly persuaded to return to the Soviet Union, but Stanislav wished to remain in his homeland, where he was in demand and was in its place. Perhaps this decision cost him his life.

After coming to power of Hitler, Poland was invaded by the Nazis. In 1944 the artist was arrested during the Nazis bloody suppression of the Warsaw uprising. In the same year he died in a concentration camp.

Heritage Zhukovsky belongs to three countries – Russia, Belarus and Poland. His lyrical landscapes and pictures of estates found its place in various museums of these countries.