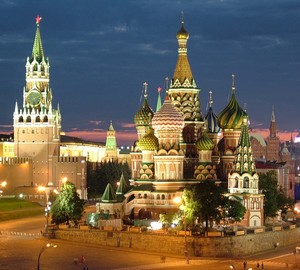 In the heart of Moscow Kremlin on the protected land is home to several unique museums United by a common name — the State museums of the Moscow Kremlin. They preserve priceless works of applied and fine arts, survived the centuries and has come into our modern life as something integral, constituent part of the spiritual wealth and cultural heritage of our people.

In fact, the Kremlin museums consists of 6 museums. This is the Armoury chamber, Museum of applied art and life of the XVII century, the Annunciation, assumption and Archangel cathedrals, museums and Church of the deposition.

Even if you look at the names of these museums, it becomes clear that they are very different in nature. Kremlin cathedrals together with Ivan the Great bell tower and the Palace of facets form one of a kind, a unique ensemble of the Cathedral square — the oldest square in Moscow. 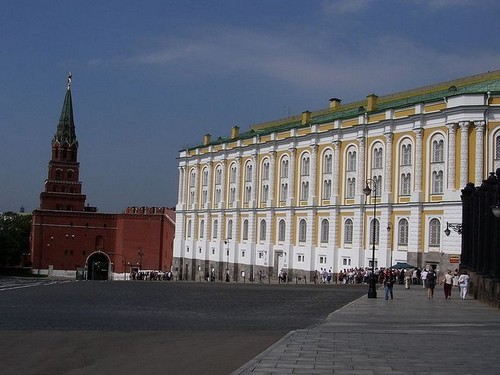 The whole of Moscow Kremlin, its walls and towers, its squares and buildings are concentrated here creations of famous and unknown masters all this page of our history, the glorious and witnesses of the great event. The Kremlin since the formation of the Moscow state until the beginning of the XVIII century— the date of transfer of the capital to St. Petersburg was the center of political, spiritual and cultural life of the country. After the great October socialist revolution, in March 1918, when the Soviet government moved to Moscow, the Kremlin regains its original meaning of the center, but now Soviet Russia, and later the capital of the Soviet Union. The Kremlin is the symbol of the new socialist state. Here beats his pulse, there are solved the most important things are born magnificent perspectives for the future. 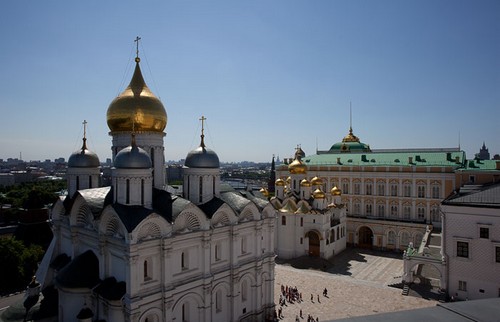 To build a future impossible without knowledge of the history and development of the culture of past generations. Not by chance Lenin wrote: “we must take the entire culture that capitalism has left and build socialism. You have to take all science, technology, the weight of the knowledge in the art”. That is why among the first decrees of Soviet power was the decree on the preservation of cultural treasures and the transfer of museums in the state property. That is why Lenin, in two months after his move to the Kremlin, despite the complexity of the moment and a huge number of urgent, priority tasks, shall order the restoration of the Kremlin monuments. In may 1918, the Kremlin created a Commission on preservation and disclosure of works of art. In the Armory, which became public property in the first years of Soviet power transmitted treasures from the Patriarch sacristy, Kremlin cathedrals and churches. 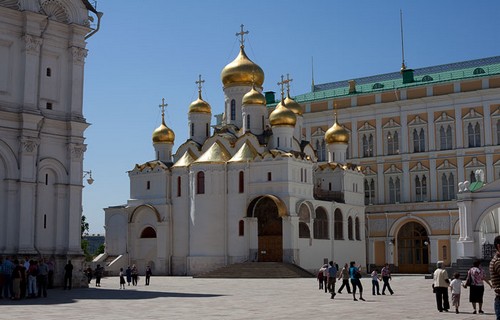 Thus began the Soviet period, the Armoury chamber and cathedrals, lost its religious purpose and gradually transformed into museums. As with all museums in the country, there has been active work on the construction of a new socialist culture. Continued scientific processing and systematization of the nationalized collections, started the development of radically new art-historical display of works of art, launched their wide popularization. Already in 1920, in the main center of the Museum complex of the Kremlin — the Armory opened its first temporary exhibition of the enamel and tissues. The Kremlin Museum received its first visitors. 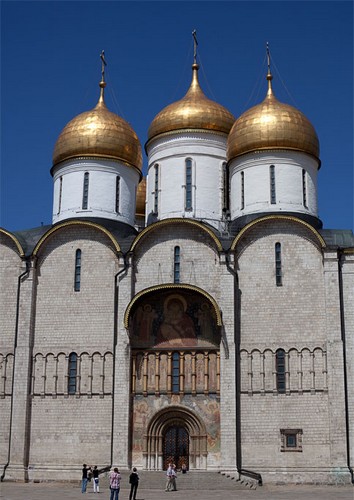 Over the years the Museum collection grew, and, of course, expanded its scientific activities. Now the State museums of the Moscow Kremlin is a large scientific centre. Here conferences, publication of collected papers, exhibitions, lectures. In museums there is a large team of experienced restorers. Research staff study, promote and preserve historic and artistic value, for a total of about 90 thousand works. Ancient weapons and armor, gold and silverware, jewelry, old Russian books with miniatures, the state regalia, precious fabrics, rich horse harness ceremonial carriages, wooden sculpture, murals and works of easel painting — this is not a complete list of treasures of the Kremlin museums.

Different ways going here these unique works. Most of them were once made here in the workshops of the Kremlin, where he worked the great masters. Many of the works created in the Kremlin renowned artists, who were invited from other cities. Many were brought to Muscovy foreign embassies as gifts, and testify to the long-standing diplomatic relations of Russia with the countries of Europe and Asia, about the important role of the Russian state on the world stage. Some items were received as trophies of famous battles, and are evidence of Russian military glory. The other was just bought for the sovereign, or the Patriarch’s courtyard. Most of the collections were made after the revolution. Chronicles the research of scientists, the works themselves reveal to us the names of their creators. Museums are frescoes of Dionysius, the icons of Andrei Rublev, Theophanes the Greek, Simon Ushakov, Fedor Saltanov, works gunsmiths Nikita Davydov, Gregory and Athanasius Watchnig, Ilya enlightenment, jewelers Gavrila Ovdokimov, Vasily Terentiev, Yury Frobose, engraver Alexei Zubov and other masters. The names of many of them remain still unknown.

But their creations live as if “second” life. They continue to fascinate and delight people who come to the museums of the Kremlin. They are a living link of times and the talent of the people-Creator. They reveal to us a new page in the country’s history, cultural history.