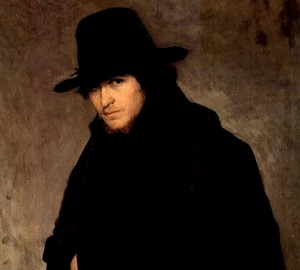 Student – Nikolay Alexandrovich Yaroshenko. Oil on canvas. 60 x 87 cm
The artist depicted people belonging to different social strata on his canvases. He paid special attention to those who, from his point of view, had a rich and controversial inner world. This picture depicts a freezing student with a soulful and stubborn look.

No wonder this particular picture is often used on the cover of the book “Crimes and Punishments” by Dostoevsky. It can be seen that the student, firstly, is in great need, and secondly, made some decision, from which he does not intend to retreat.

Perhaps it is harmless to finish his studies, despite the difficulties he will have to meet. Maybe he intends to secure a comfortable existence, getting out of the poverty in which he is now.

The author’s and audience interest is caused not by the accuracy of the image, but by the peculiar spirituality of the student’s face. It attracts unbending will, readiness for a feat in the name of some ideal, regardless of how he understands it.

Among the paintings of Yaroshenko there is not only “Student”, but also “Kursik”, which shows an author’s interest in this topic.

The picture is made in dark colors. The background is a gray-brown wall; contrasting with the dark figure of the student, she shows the details of his face and toilet.

A young man is not from a rich family, this can be seen on a brown plaid thrown over a black frock coat and framing the student’s broad shoulders. A rich layer of the population could allow himself to buy a winter coat or fur coat.

The frock coat worn on the student was part of the form, which after the reform of 1861 was issued to all students. A neatly cut beard and long brown hair emphasize the thinness and sharpness of the student’s face.

According to the aristocratic position of a young man, it is clear that he is going to use his intellectual abilities to advance through the social ladder.