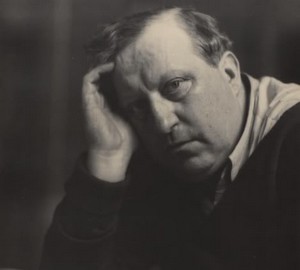 The style of the art Andre Derain was influenced by the major currents of the XX century — Fauvism and cubism. Well-known artist have contributed to contemporary arts, including not only painting and graphics, but also working with ceramics and sculpture. Andre Derain proved himself as a talented Creator of theater.

Years of life and especially creativity

The future painter was born in 1880, so his youth and maturity were just at a turbulent time of change in art when there were new trends and directions in painting, which then spread to other types of creativity. In order to study art, he had to fight with my parents, who wanted him his career as an engineer.

Derain studied with eugène Carriere in Paris and the académie Julian. The style of work of the future master was greatly influenced by two brilliant artists who used to be his friends in different years — Maurice de Vlaminck and Henri Matisse. Their work in the style of Fauvism, formed the early creative style of Andre Derain, but did not change its recognition, did not do faceless and monotonous. He took the best of this style, but did not blindly copy him, but have developed their own, peculiar and a very bright vision of the world.
After Derain served in the army, he lived in England for more than 2 years. It was during this period he created the impressive Fauvist landscapes, depicting various views of London — the harbour, the quays of the river Thames, the luxurious Hyde Park. Exhibited at the Salon d’automne in 1905, these canvases were of special interest to visitors and impress with their vivid colors and large color spots, giving dynamism to the whole composition. Special expressiveness of the paintings of Derain made it known to the interested public. A vivid example of the work of this period was “Port” and “London harbour”.

The influence of cubism, specifically the work of Paul cézanne — in the work of Andre Derain began a new phase. His paintings were geometrically precise, and the color range is very bright changes to dark, with a predominance of gray, brown and dull green colours. Changes and the composition of paintings — they make a “poise” and solid stability.
The decade from 1910 to 1920 was marked by the artist appearance of paintings depicting the boring everyday life of the province. It was a kind of stagnation in the development of Derain as a master, as in the years he experimented with new images and styles, “frozen” in the banality of the environment (“the Sabbath day”).

Change the style of Derain

With the 20-ies of the last century the artist began to use the classical style image, often referring to the work of other artists, reinterpreting it in his own way. It did not affect the personality of handwriting wizard — these are the best paintings are recognizable and are distinguished by their special style and vision.

Andre Derain died in 1954, but his legacy still interested art-lovers, and he rightly belongs to the cohort of the most famous artists of the last century.