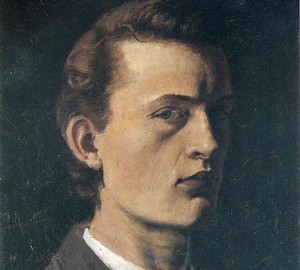 In 1863, in the family of Christian Munch, a Norwegian military doctor, was born the famous painter, art theorist Edvard Munch. When the boy was 5, his mother died of tuberculosis. A few years later died and his fifteen year old sister, covered with the same disease. These events left an imprint on the further work of the artist and his life in General.

At the age of 16 years, Edward passed in Higher school with technical direction, but soon he decided to change technical training in creative and transferred to the State Academy of arts and crafts.

First teacher in art was a sculptor, and a little later he became a pupil of the now famous painter Christian Krogh.

At the age of 23 years Munch get the chance to visit at the eighth impressionist exhibition in Paris, which was the last. During this period, Munch creates one of his most famous paintings “the Sick girl”. This work clearly reflects the pain experienced in childhood.

In 1889, reaching the age of 26 years, Edward opens the exhibition of their personal works, after which he moved to Europe.
Exhibition of the artist in Germany, was closed prematurely because of his work heavily criticized. In Berlin, Edward finds a Muse, who is the wife of his friend, the Polish writer Pshibyshevsky. Her image is reflected in the paintings “Madonna”, “Kiss,” “Jealousy” etc.

The summer of 1889, was no less important for the artist. This year, Munch rented a small house in Åsgårdstrand, but not useful here Edward bought her own house. For 20 years, the artist every summer visited his home. From his words it becomes evident that it was his favorite and the only place that filled him with energy and inspiration. Munch said walking to Åsgårdstrand is the same as to walk among his own paintings.

In the 1890’s, Munch written a number of paintings on love and death. In 1893 was born the most famous painting of Edvard Munch – “the Scream”. This painting is an important event in expressionism.

In 1900-ies Edward was the victim of a failed affair with a young woman from a wealthy family who was madly in love with the artist. For a long 4 years she insisted on marrying that weighed Munch. As a result, the heated feelings friends played a joke on the artist, saying that she died and showed the artist her body. This is a bad joke led to the conflict in which Munch injured his hand resulting in the amputation of fingers on his left hand. Since the state of mind Munch was worse. After several quarrels, in 1908, he was placed in a psychiatric clinic with a diagnosis of a mental disorder, where he spent more than 6 months.

When the artist was about 60 years old, he had bleeding in his right eye, which negatively influenced his work.

The recognition of his work and fame began to understand Edvard Munch at the age of 70 years.

The artist died on the 80 year of his life in Norway, near Oslo.