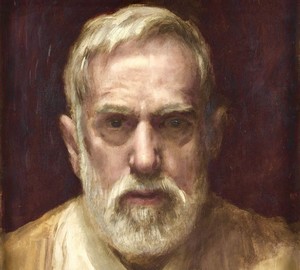 11 Jun 1838, came to light a talented, gifted artist and orientalist Mariano Fortuny. He was born in the Spanish city of Reus, in Catalonia. His life was bright and interesting, filled with light, love, good, a kaleidoscope of exciting events and fireworks of creative inspiration.

Mariano was an orphan. After the death of his parents was brought up by grandfather. He loved the boy and cared for him. Grandpa worked as a carpenter in a workshop and in his spare time created wax figures and statues. Mariano liked his work and he happily helped grandpa paint products. The boy showed early interest in drawing. He was acquainted with a local artist and learned painting from him. Mariano wrote votive picture, painted people, animals and nature. He liked to communicate with the outside world. He loved to be in solitude, to dream, to think, to create!

Young Mariano was drawn to the sculpture. At the age of fourteen he travelled to Barcelona and met the sculptor Dalarna, who discovered his talents in art. Thanks to his patron, the youth received free training in the School of fine Arts. During his studies he received a scholarship. On their first money he went to Rome, where he admired the artistic masterpieces of great painters. Here he continued his education. His extraordinary capacity for work admired my teachers and mentors.

At 21, Mariano Fortuny went to Africa to collect materials that were used in the writing of the battle scenes of the victory of the Spanish troops. He spent in Africa for about three months. There Mariano opened the gift colorist. In this country he received many vivid impressions, met with Eastern culture, lifestyle, customs and traditions of African tribes, inspired by exotic nature and discovered a lot. It captured the light and color effects of this amazing country, and every day he spent in Africa was unforgettable! East surprised him and won. He began to work more and harder! Thanks to the Eastern country, his talent has blossomed, shining with all the colors of perfection. The sun was shining of his work, illuminating the soul with inspiration.

The following year, Mariano Fortuny travelled to Morocco, where he was appointed chronicler of the headquarters of the Spanish expedition. In this journey, the artist opened a lot. He worked hard, creating sketches and paintings with Arab subjects, which he wrote in watercolor and oil. Great attention was paid to Mariano creating engravings on metal.

Life master of the brush held in Italy, situated sometimes Spain and Paris. His work was influenced by acquaintance with well-known painters, portraitists, sculptors, lithographic. Some of them he even copied. The artist was endowed with a wonderful imagination that led him to unexpected and original solutions. Sometimes it’s used for painting background watercolor stains or proceptivity took a sheet of paper.

Mariano Fortuny was married. Had a daughter Mary and a son Mariano, named after the father. The artist’s son became a famous fashion designer.

Mariano Fortuny was a consummate author created a lot of artwork! He wrote oil the wedding ceremony, the Church, nature, travel, Oriental motifs and historical scenes. The artist harbored an interest in the ancient and reflect it in the painting. Each creation wizard brush was unique! His masterpieces Shine in the bright sun of the Universe, which reflects the life of different eras. Colorful color combinations are his paintings brightest star of the art, giving magical beauty captivate in a world full of harmony things. The artist skillfully conveyed in the works of the mood, the beauty and richness of the surrounding world. His paintings were admired by all!

Mariano Fortuny died early. He died of malaria in Rome on 21 November 1874. His works are kept in many museums of the world and highly recognized by society.