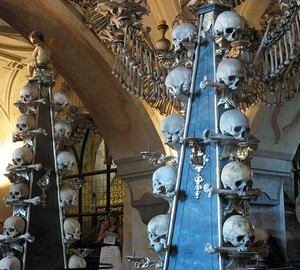 Today, thanks to the media, the Central district of kutná Hora in the Czech Republic – the Sedlec ossuary, is visited by over 250 thousand people each year to visit the Museum of bones.

The Church, which is located next to the Museum, was originally part of the Cistercian Abbey in Sedlec. The Church is very old, it was built in the 14th century. It consists of two chapels, which are located one above the other.

According to legend, one of the abbots of Sedlec went on a diplomatic visit to Jerusalem and brought back a handful of earth from the grave of Jesus Christ. This land he scattered in the cemetery near the monastery, which later became known as the Holy field. This news spread throughout the Czech Republic. People began to bury their loved ones in this cemetery, which eventually became about 4 hectares. After the plague in 1318 were buried 30 000 dead. Another 10,000 people took to the cemetery during the Hussite wars.

These bones would have continued lying if not for the monk, who in 1511 was organizing it, so to speak. History, unfortunately, has not preserved his name. It is only known that he could not see, was practically blind. He made the sorting of the bones, separated them from each other. So he went 6 pyramids. On this restoring order in the chapel ended in the 18th century.

After these lands came into the possession of Prince Schwarzenberg, the famous Woodcarver Frantisek Rinta was requested to arrange and organize the remains of bones. Rint approached the matter with enthusiasm, and has created in truth a horrible place.

In the most Central part of the Church is the 4 series, on which the skull and crossbones. Previously, these ranks were adorned with Golden cupids, but they were subsequently abolished – they are painfully funny and cheerful.

Chandelier made of bones

Lifting her head up, visitors will see a huge chandelierthat is created, used ALL the human bones. The chandelier is very impressive. From it in different directions stretch the garland, as you have probably guessed, is also made of bone. 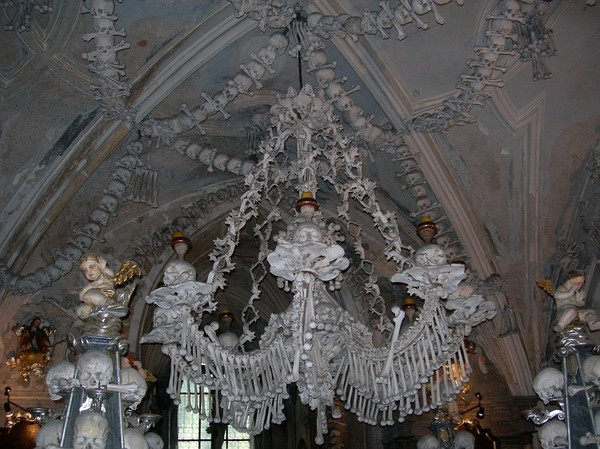 In every corner of the Church is a mound of bones in a giant bell. Each bell has a hole in it, look into which is a feeling that inside is an incredibly large number of skulls. 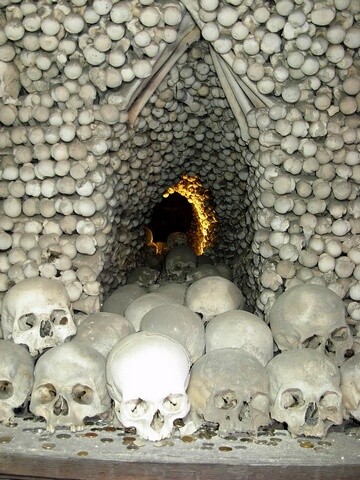 Well, left of the entrance is the coat of arms of the Schwarzenberg family, who also laid out the bones. It consists of a cross, shield, crown and sitting on skull skeleton crow that would peck the eyes of the skull. Crow turned to the symbols of coat of arms after someone from the Schwarzenberg family was famous for having won the battle the Turks. 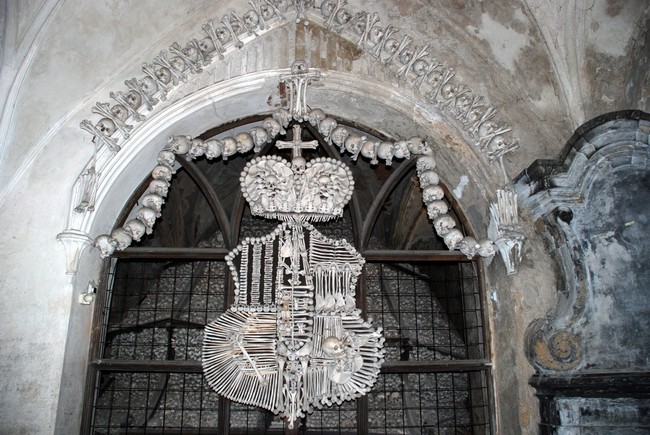 In the Museum the bones always dim, even during the day, so this place is not for the faint of heart. The total number of bones in the Museum is more than 40 thousand. 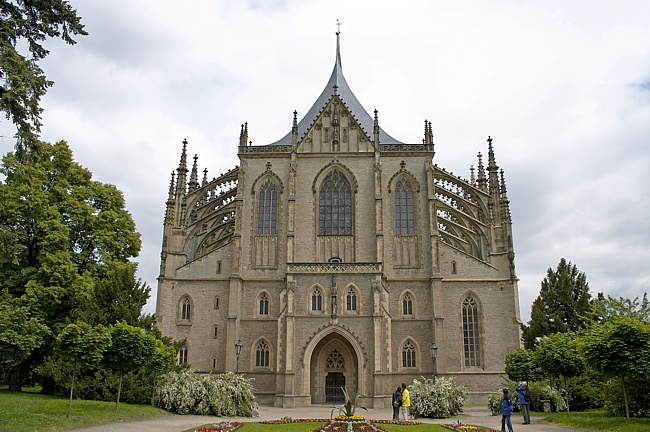