The Catherine Palace, its halls and rooms, Russia, Pushkin 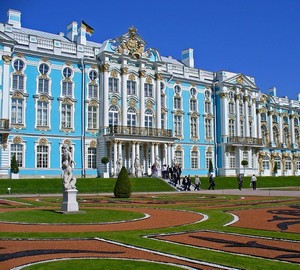 The Catherine Palace is a remarkable architectural and artistic monument of Russian culture of XVIII-XIX centuries. A big building with a length of 306 metres was built in 1744-1756 years. The architects A. V. Kvasov, S. I. Chevakinsky, Rastrelli designed the facades and created a magnificent decoration of Palace interiors. Completed the construction of the Palace Rastrelli. Over fifty rooms, decorated according to his projects in the years 1752-1756 in the style of Baroque was struck by the variety of finishes, the abundance of gilded carving, the splendor of the decor.

In the second half of the XVIII century in the Northern and southern parts of the Palace appeared unique interiors are a subtle master of the classical style Charles Cameron. In the XIX century by the architects V. P. Stasov and I. A. Monighetti altered a number of the interior in the spirit of his time.

After the victory of the great October socialist revolution the Palace was nationalized and turned into a Museum.

The Palace was badly damaged during the great Patriotic war. Many artistic treasures, and documentary materials of the Catherine Palace managed to evacuate in time, which helped to further the re-establishment of the monument.

Since 1957, the Catherine Palace began to recover as a historical monument hudojestvenniy. The chief architect of the restoration of all buildings of the complex of Ekaterininsky Palace and Park, A. A. Kedrinsky. 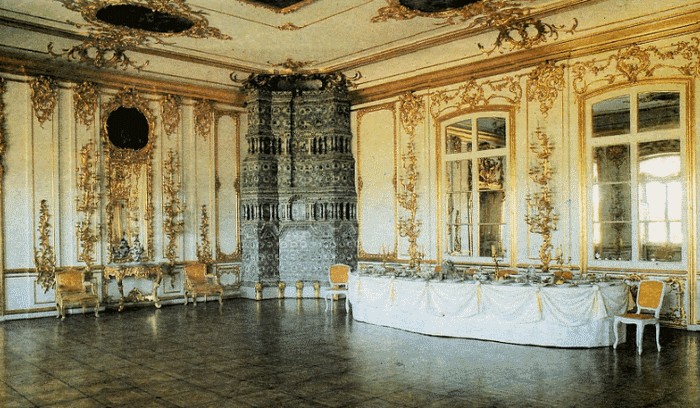 The revival of every interior requires a lot of work on the collection and study of archival documents, authentic historical materials. Great skill and talent marked the activities of the restorers. They had to collect the pieces broken parts, glue the pieces of marble, glass and porcelain, to recreate beautiful painted ceilings, paint silk, recruit parquet. Work carvers A. K. Kochueva., A. V. Vinogradov, Yu. M. Kozlova, L. M. sculptors from Sweden, G. L. Mikhailova, E. P. Maslennikova, parquet E. F. Kudryashova and other now hard to distinguish from works of famous craftsmen of the XVIII century, created the Palace.

The whole epoch in development of Russian interior shown today to the visitors of the Catherine Palace. 18 restored rooms. Among them are the lush interiors of the Baroque style of the XVIII century (architect Rastrelli) – the Cavaliers ‘ dining room, the Picture hall and the famous Great hall, which has an area of almost 1000 square meters.

Nine of the restored living quarters of the heir of Catherine the great, Paul. The decoration classic interior was done in the late XVIII century by the architect CH.Cameron. 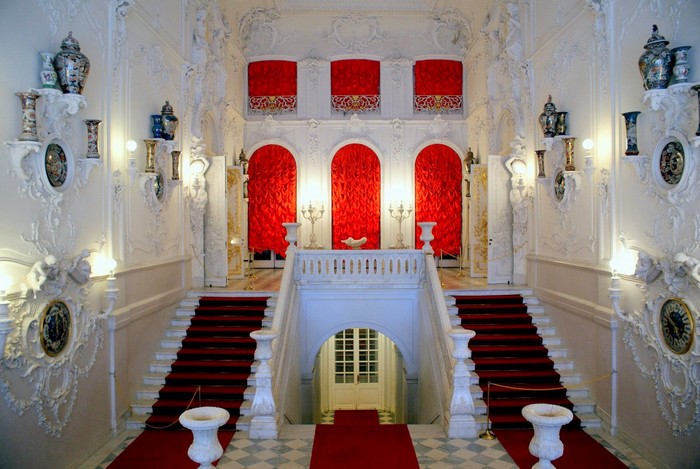 The art of the late classical style introduces the state study of Alexander I, the Vaulted passage and Oval front, decorated by V. P. Stasov in 1820-ies.

In addition to the halls the visitor can explore the exhibition, located in the not yet restored buildings. Expositions tell about the history of the Palace and Park ensemble on the scientific principles of restoration.