The cheese Museum in Alkmaar, the Netherlands 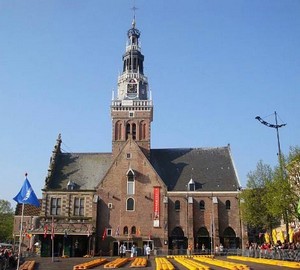 Travel to the amazing city of Alkmaar in the Museum of cheese. We all know what’s popular Dutch cheese is eaten all around the world. The Museum is located in the building of so-called Weight of the chamber. This building is related a very interesting story, which You will learn if you read the article until the end.

In the 16th century when they passed the war of Spain against Holland, the Dutch were able to withstand the siege of the city, and eventually flooded it, that to destroy the army of the Spaniards. The courage and heroism of the defenders was struck by the then ruler William of orange, and he thanked them, allowing it to build in the centre of Alkmaar building to urban scales. This building exists to this day. On the ground floor there is the weight, and the second and third Museum.

About the exposition of the Museum of cheese

Of course, first and foremost, in the Museum you can see various objects with which the cheese was prepared at home. While the recipes were a closely guarded secret and passed down from generation to generation. Here you can also learn how cheese began to prepare on industrial plants and what is the difference from cottage cheese production. There are a lot of photos, fun presentations, and even videos. For children organized a special entertainment. 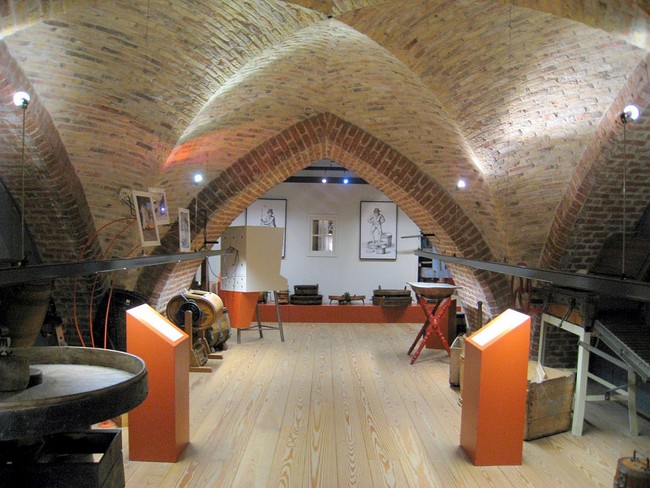 In addition to all the above exhibits here you can see an interesting women’s costumes of the 16th century, and portraits of women in these suits. Well, of course, You will be offered to taste different varieties of cheese. I think that for cheese lovers this is very good news. 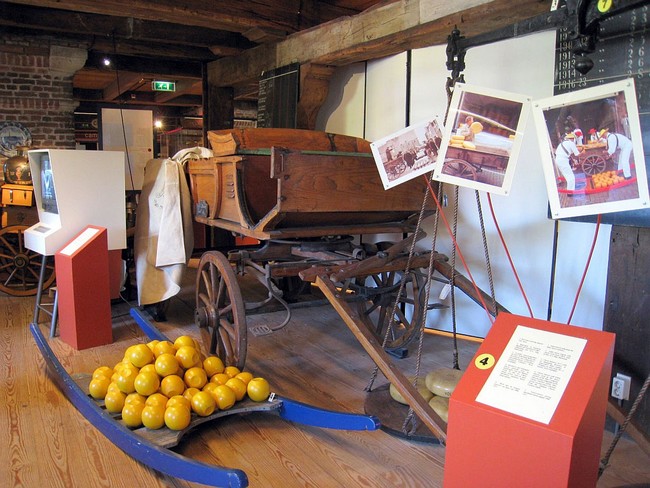 Finally, I would like to tell you about a very wonderful event that takes place in the warm season, on Fridays, in spring and summer, on the Weight of the square is the cheese market, where auctions for the sale of cheese. The city seems to be returned in the 16th century. As they say, time goes by, but the tradition is unchanged. It all starts at 10 am. From all over the country, it attracts farmers who bring tons of cheese. People dressed in bright, colorful costumes, and start trading. The main parties here are “Cheese Fathers.” Basically, these are people with a wealth of experience in such matters, and they specifically choose. They are dressed in black clothes. In the first place, their responsibilities include adjusting the balance, and to make sure that they clearly show the weight. In short, they are here in charge. No less interesting are clothed “porter” cheese. They are completely white, and their hats a variety of colorful ribbons. Everything happens gradually. On a stretcher the cheese blocks are transported to the scales, weigh them, and record produce chalk. Important detail – all the action starts only after hitting the bell. After the completion of the event to choose the best porter cheese, because this work is not so simple as it seems. Cheese and stretchers weigh about 100 kg.

The girl with the head cheese

prior To the auction all is quiet and calm=)

Other cheese porters
A very interesting event. Who will have the opportunity to visit the Fair will remain impressed for a long time. Dutch themselves say that those who have not visited a Cheese market in Alkmaar, he knew nothing about the cheeses. The cost of admission to the Museum varies from 2 to 4 euros.