The Escher Museum in the Hague, the Netherlands 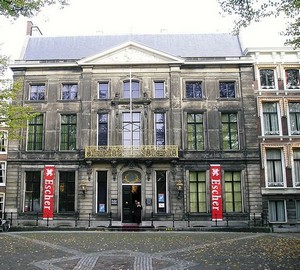 In November, 16 of 2002 in the Hague has opened an interesting Museum of Escher. It is located in a building built in the 18th century. In this building there was a Queen Emma. In this article we take a closer look at what is a Museum, a few historical facts, and add pictures of the exhibits.

The Museum building itself practically does not stand out against the surrounding houses. You could even say that it looks very modestly. But once inside everything changes. Here is a very beautiful halls with unique exhibits, which you will not find in any Museum in the world. Before starting the description of the exhibits, let’s see here what’s… 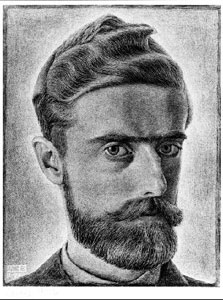 Who is Escher and why he created a Museum in his name?

Maurits Cornelis Escher Dutch graphic artist. He was a genius of his time, but, as often happens, his work was not recognized by society. First and foremost, he was famous for creating unique engravings and lithographs on wood and metal. In addition, he conducted psychological studies on the perception of three-dimensional objects. His work truly magnificent. 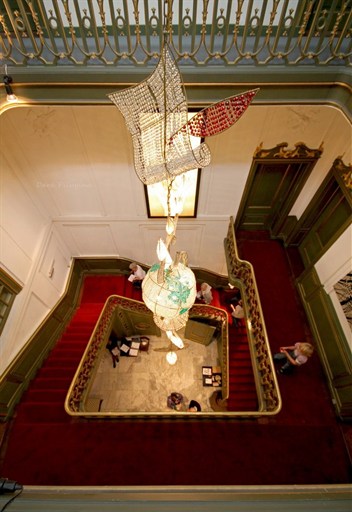 The three-storey building. In the courtyard of the Museum is two staircases. One of the stairs was reserved for Queen Emma, which, as we mentioned earlier, lived here. We can say that it was a Royal staircase that went to the Empress and her two ladies-in-waiting. Another staircase was intended for servants, and looked much more modest. 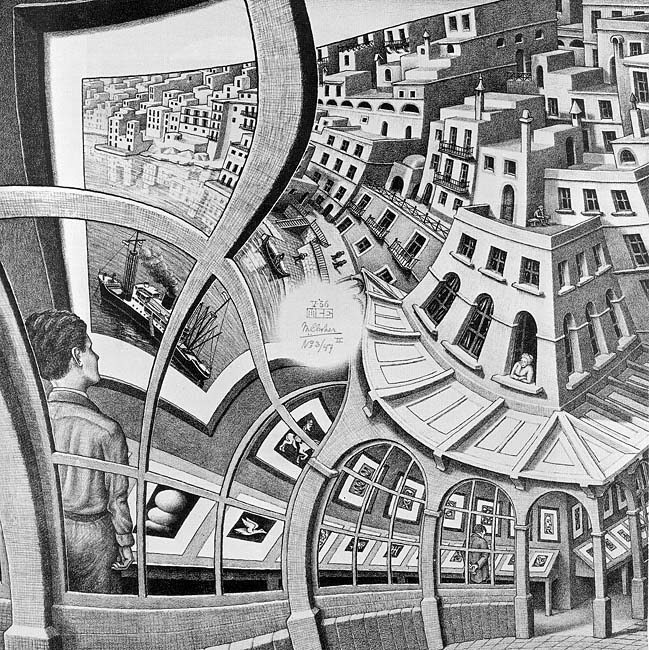 On the ground floor the Museum presents the early work of Escher. Then the artist really knew how and what to draw. It was his first experimental works devoted to geometric forms and lithography. On the second floor is interesting. There are a huge number of famous works, as well as preliminary sketches to them. In addition, in one of the rooms on the second floor you can watch the video about the artist. Third floor dedicated to entertainment. There is always filled with smiles and laughter. That’s what photos are on the third floor: 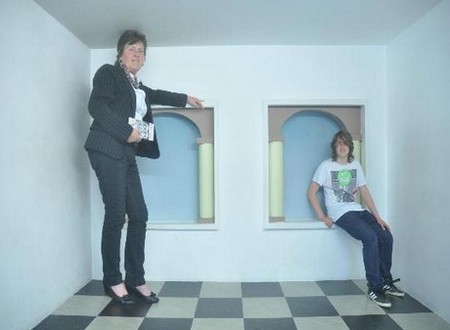 I would like to note that in every hall of the Museum are the magnificent chandeliers. Just below you can see a picture of them. These chandeliers were created a year after the Museum opened in 2003 by the Dutch sculptor Hans van Beintema (Hans van Bentem). He loved the quirky Escher’s works, and he did not hesitate decided to make the appropriate exhibits of the Museum chandeliers. Now You can appreciate their beauty and mystique.

the Chandelier in the form of a pipe