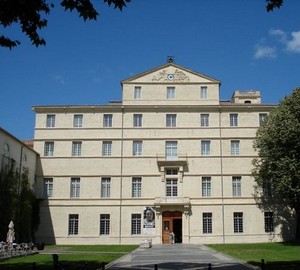 Montpellier is a small town in the South of France. Quiet, comfortable, steady. All these epithets set up a creative mood. “Picturesque place”, you say “tourist common”, perhaps not even realizing to what extent it got to the point. After all, this town is directly related to many things connected with this fine art – painting.

Discovering the many sights, the smell of old oil paint and anticipation of meeting with the wonderful will certainly lead leg to the Fabre Museum, which is famous not only for its unique collection of paintings, but also its own fascinating history. 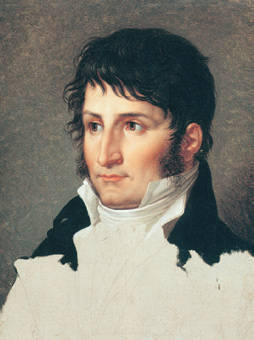 Probably should start with the famous French artist Francois Xavier Fabre, whose name and bears the Museum. Fabre was born here, in Montpellier, in 1766. He studied painting at one of the unrivalled masters of classicism – Jacques-Louis David. His work has been recognized at the prestigious competition in Rome in 1787, after which he for a long time did not return Home. And the Great French bourgeois revolution only contributed. So he lived and worked in Italy for a long time. Fabre was well received in aristocratic courtly society. Maintained close friendly relations with the Countess of Albany and count Vittorio Alfieri. And after the death of the Earl in 1803, Fabre happily took his place beside the Countess. It so happened that the painter is experienced and very Countess, inherited in addition to all other property of the Ducal couple, and a unique collection of paintings.

In the yard in 1826. No longer alive Napoleon Bonaparte. Fabre finally returned to the small Home in Montpelier. With a sweeping gesture, the artist gives his hometown its collection of paintings and a rich library with one condition that the collection will be the beginning of the creation of the Museum, in the building which he told will to live and to age. So he became the first Director of the Museum Fabre.

The Museum has decided will place in a beautiful mansion, 1775 buildings. The building itself stands on the former site of the hotel, in the Eastern part of the historical centre of Montpellier. At the time, namely, 1622-1673 years, and it toured Moliere with his troupe. 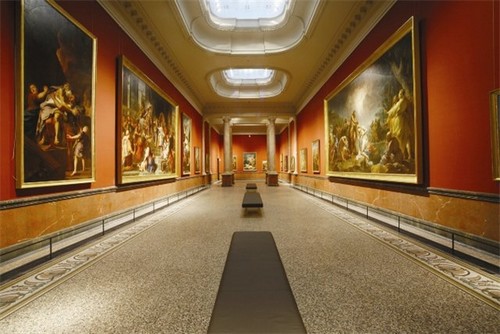 By the way, today the Museum has a branch located in a nearby building (the former hotel), a collection of jewellery during the Second Empire, the antique pieces of furniture and works of decorative art. And also some expositions are located in the Jesuit College.

The Museum was opened in 1828. Initially his exhibition consisted of a collection of neo-classical painting (gift Fabra), but the Museum relatively quickly grew. Fabre was gradually increasing wealth of the Museum, acquiring paintings by Flemish and Dutch painters.

In 1868 the Director of the musée Fabre becomes the patron Alfred Bruya. He continued this duty until 1876. During this time he gave the Museum paintings of Delacroix, Cabanela, Courbet. Hypochondriac Bruja had a special predilection – self portraits, of which he has for Fife, exactly 34, 4 of which belong to the brush of his friend Courbet. In addition to these portraits in the musée Fabre is a number of paintings by Courbet. A total of 15 of them – they are the pride of the Museum, as this is the largest collection of paintings by Courbet under one roof in all of France. Among them, such as “Man with pipe”, which is considered one of the best self-portraits Courbet; “the Sleeping spinner” – charged with one of the sisters of the painter; “Sea beach at Palavas” on the canvas depicts the artist himself, slushy hi the Mediterranean sea. 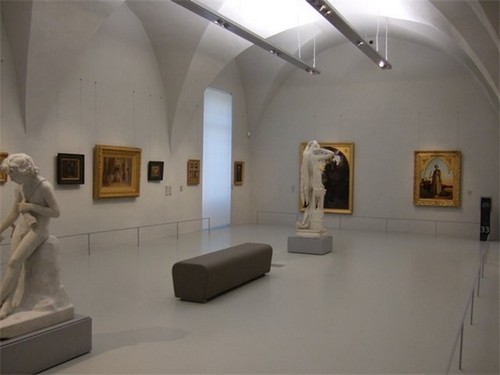 Another treasure of the Museum are the work of one of the founders of impressionism , Frederick Basil, whose work was donated to the Museum by his family. Around the same time the Museum has had several paintings of Alexander Cabanela, received as a gift. By the way that both Basil and Cabanel, born of the same Montpellier.

In 2003, the Museum was closed for restoration work, which lasted about five years. The event cost about 63 million Euro, but it was worth it. The exhibition space has expanded to 10 thousand m2, thousand of which now plays host to temporary exhibitions. After renovation moved the main entrance – now he is in the Jesuit College.