The film Museum in Berlin, Germany 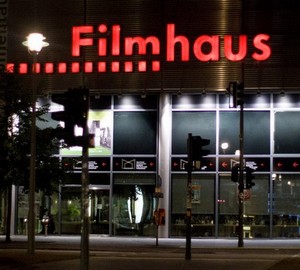 Officially, this Museum was created in 1963 by the famous film Director Gerhard Lamprecht. Initially it was more of a scientific institution called the German Museum of film and television. And only after moving to Potsdamer Platz square in one of the buildings of the Sony Center part of his treasures became available for viewing to the General public, and the Museum has received since 2006, in addition to the name and status of the German film archive.

Since its inception, the Museum with German thoroughness he collected everything that concerned the history and technology of movies. Now he owns more than 13 thousand copies of unique films from the silent film era lettable non-commercial purposes everyone. Stores really can make available to scientists and experts tens of thousands of scripts, posters, millions of photos and even a huge collection of entrance tickets to the movies.

Passing through the 13 halls of the exhibit you can see the entire history of this magical art. Here are a huge variety of everything that was used in the filming in the history of cinema, from the first movie cameras to modern digital technology. Many of the exhibits can be considered closer, and even try yourself as siteregistry or operator of the existing historic equipment.

Several rooms are designed for the updated thematic exhibitions, but their permanent ones, is considered a landmark for German cinema. They are dedicated to famous film Directors and their works that brought them worldwide fame, such as Fritz lang film “metropolis” and Robert wiene – film “the Cabinet of Dr. Caligari”, Leni Riefenstahl’s film “Olympia”.

A separate exhibition presents the oeuvre of Marlene Dietrich, as well as periods of Nazi cinema of the postwar period. The televised portion of filmmaking is also discussed in a separate exposure. More towards the entertainment part are exposition with “live” actors and their endless reflections in a hall of mirrors, and a fascinating exhibition dedicated to science fiction and special effects.

Overall, the entire excursion through the halls of this wonderful Museum is surrounded by a fascinating play of light and sound, where the exhibits constantly reviving itself and its atmosphere is fully consistent with the spirit of “magic lantern”, now called a movie.