The hockey Museum in Moscow, the hockey hall of fame 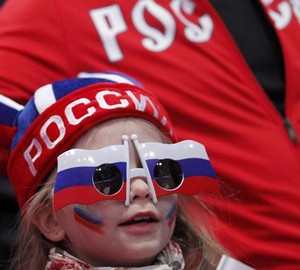 Museums hockey is in Canada, Finland, Czech Republic. But in Russia, which, undoubtedly, is one of the strongest “hockey” countries, is still such a Museum was not. However, there was a “hockey hall of fame,” but he still exists outside of space, exclusively in the archives of the Federation of hockey. Such injustice will be eliminated in the first half of 2015.

The place where is located the Museum of hockey, selected ex-industrial area of the plant ZIL. Selected and the building. Hockey glory to Russia will become an integral part of the sports entertainment district “Park of legends”.

Hockey Museum created on the initiative of several sport clubs, the Federation of this sport, as well as numerous investors and enthusiasts. The purpose of the Museum will be not only the promotion of sport and healthy lifestyle, but also Patriotic education on the example of the victory of the Russian hockey since the mid-20th century to the present day.

The largest and most luxurious hall of the institution will be designed for formal ceremonies of adoption in the Hall of fame of Russian hockey. Today in the “hall” we have taken one hundred and fifty athletes, coaches, referees and sports officials. Among them the main place is given to Olympic Champions and world Champions.

The Museum exposition will consist of trophies hockey teams and the national team of the USSR and the Russian Federation. Visitors can explore the shapes and accessories that belonged to legends of Russian hockey, an extensive collection of photo and video materials.

The organizers of the Museum of hockey of Russia promised the most modern equipment of the establishment full of computers and holography (promise interactive zone, where everyone will be able to feel like Tretiak or Kharlamov). Here is a video room equipped with the possibility of showing films in multidimensional formats. Apparently, this Museum may be the most outstanding not only in content, but also technical and electronic equipment not only in Russia but also in the world.

The management of the future Museum is planning an extensive program of events. The Museum will host conferences, presentations, autograph sessions and more.

The Museum exposition is constantly updated, adding all new exhibits. In the private sector will host a cinema where you can watch videos of famous matches, as well as broadcasting the games live.

The opening of the Museum scheduled for the first quarter of 2015. This was reported officially in the presence of the Moscow city government.