The house-Museum of Albrecht dürer in Nuremberg 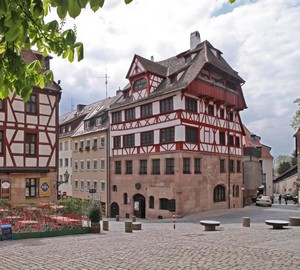 In Nuremberg, the home of the artist, carefully preserved and lovingly restaurerede old building – the House-Museum of Albrecht dürer. It is a tribute to the memory and achievements of the great German master who left an indelible mark in the history of art. 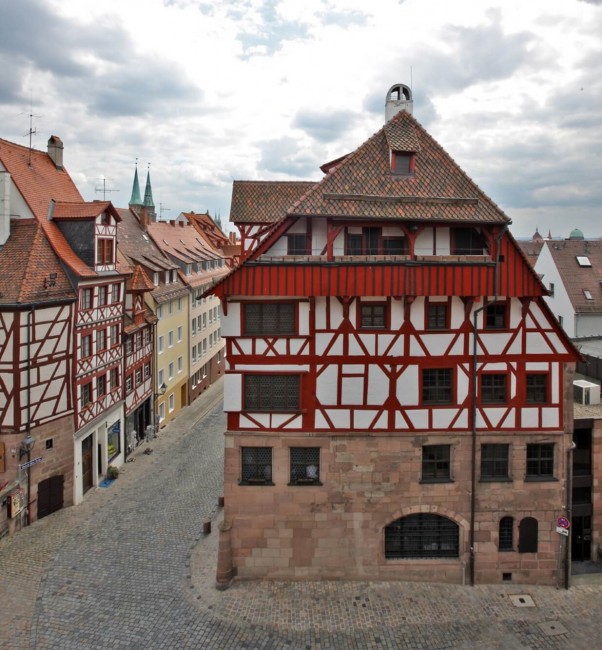 The house-Museum of Albrecht dürer in Nuremberg – photos

This house was built in the early fifteenth century in 1420, and is a typical example of the then architecture. Now he appears as a rather large four-story building, the bottom two floors which was built of blocks of Sandstone of a brownish-pink hue, and two upper – half-timbered, that is created based on the load-bearing wooden structure with space-filling clay, bricks, small stones with clay mortar, wood. This is a typical view of buildings in most cities of medieval Germany. 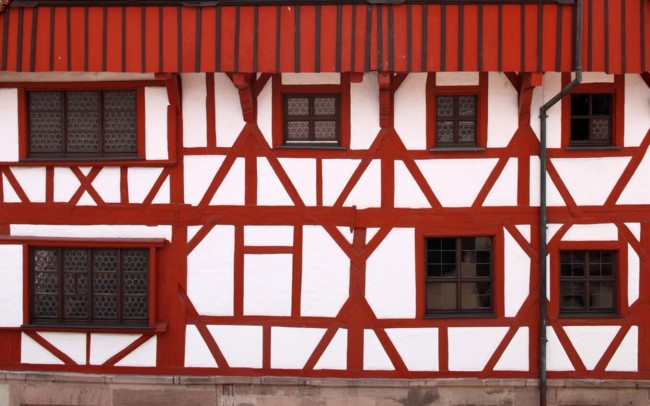 The house-Museum of Albrecht dürer in Nuremberg, photos near

Poluvalmovaya, that is, hipped roof with triangular slices, equally characteristic of the Northern countries, because it is able to withstand large amounts of snow. In the house of dürer it is decorated with two large Dormer Windows – Dormer Windows.

The history of the building of the Museum

In this building the great artist lived the last years of his life from 1509 to 1528. He lived in a large family – a mother, wife, apprentices and students.

The house built in around 1420 (confirmed by the dendrochronological analysis of the oldest preserved beams) was in 1501 purchased by merchant Walter, addicted to astronomy. The building has a modern appearance.
He built lucarne specifically so that it was convenient to contemplate the heavenly bodies.

In 1509 the house was sold for 275 guilders dürer, and after his death until his death in 1539 it was owned by the artist’s widow, Agnes. After her ownership of the house passed to his sister Agnes, Katherine. In total there are 24 property owners, and at all times the building is constantly called “the house of dürer”.

In 1826 Nuremberg has contributed to the preservation of the memorials of the artist’s life, buying his house and creating a Museum in this room. Fully Museum building began in 1871, when the city handed it over to “Society house of Albrecht dürer”.

The discovery and use of the house-Museum of the artist

During the Second World War, the Nuremberg and many other German cities suffered severely from air raids. Particularly strong were destroyed, the historical center was greatly damaged and the Museum of Durer. But about how the Germans highly appreciated his great countryman, said the fact that already in 1949, when most of the country still lay in ruins, the House-Museum of the artist has been restored and has already hosted guests. 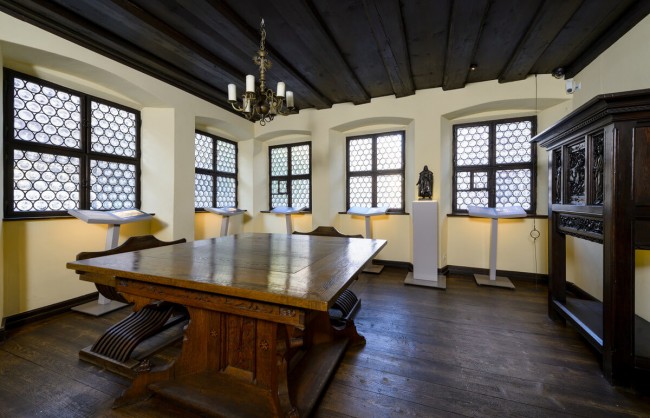 In the hall of the Museum of Durer

The 500th anniversary of the birth of master in 1971 to the main building, an extension was made, which housed the anniversary exhibition. In 1996 – 98 years, the annexe was converted into a cinema used for conferences, meetings and exhibitions.

This ancient building kept in perfect condition thanks to the tireless restoration and recovery efforts. The first floor is the authentic historic kitchen and two rooms, restored in the late nineteenth century in pseudo-Gothic style. The upper floor of the house is a large open space, where, according to historians and scientists, could be dürer’s Studio and his students. Previously wrongly considered that the workshop could be in the attic under the roof. 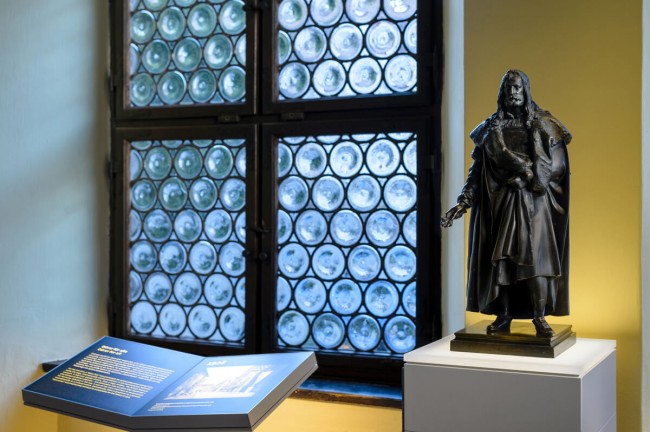 The dürer Museum, the statue

The Museum not only housed the exhibition of the original works and their copies, but also various devices that he could use to create his famous engravings. The Museum is not frozen “time capsule”, it constantly hosts exhibitions, it is planned to remodel the attic of the gallery to extend the exhibition of works of the artist.

Despite the past five hundred years, the work of the master remains popular among the people. This is evidenced by the fact that the area in front of the house-Museum no one calls her “native” name. All of it is the square of dürer.

A biography of the artist and his paintings you can see at this link.