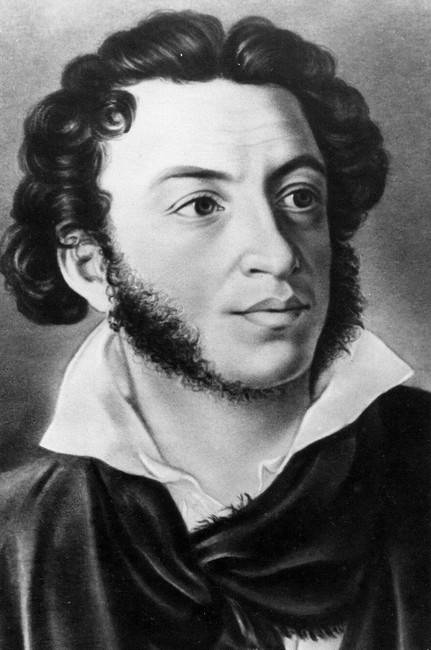 Many sculptors have turned to the image of the great poet. In Moscow alone is ten sculptural works, and in St. Petersburg and the surrounding area five monuments to the poet. Monument to Pushkin installed in 33 countries and each of them something remarkable.

I must say that all the artists who worked on the image of a genius in sculpture is based in his work on intravital portraits of the poet (Vivian, Chirikov, Tropinin, Kiprensky). Each portrait provides an opportunity to assess the personality of the poet from different angles, each provides food for the imagination and interpretation of the image. 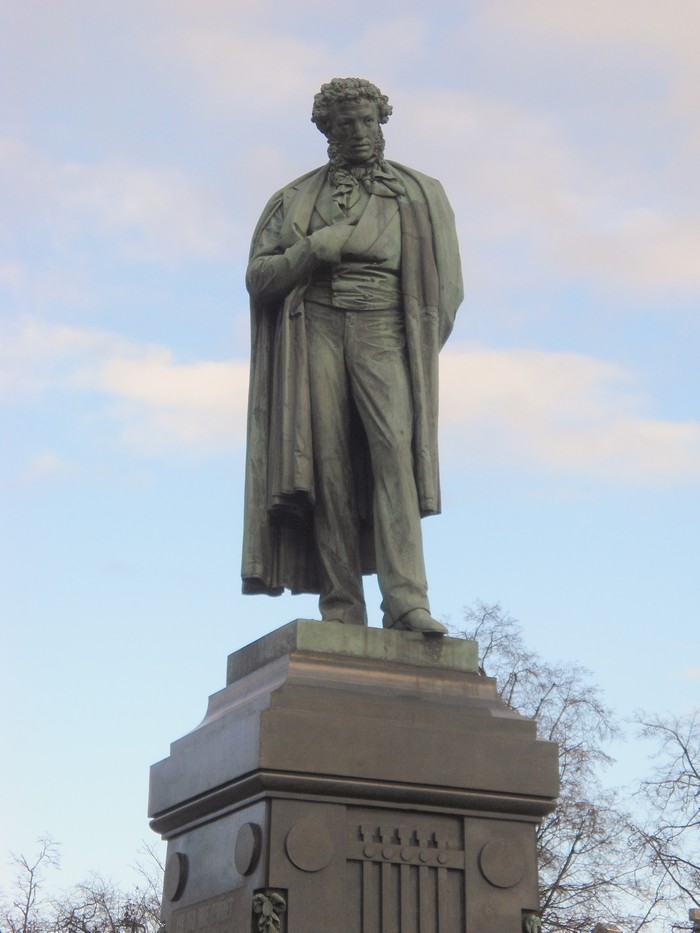 The most famous Pushkin monument unveiled in Moscow in the late 19th century on the square, later named after the poet. The author of the sculpture became a Opekushin. Master portrayed the poet in a moment of inspiration. His character is self-absorbed, it seems that the poet walks slowly along the Boulevard, and in his head is born a new line… 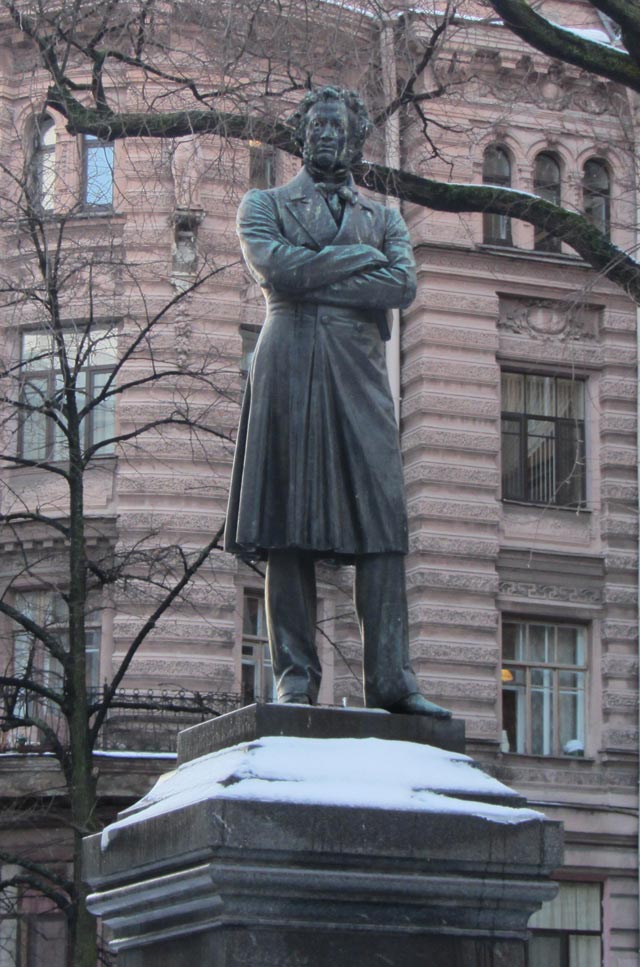 The same Opekushin was the author of the monument to the poet on Pushkin street in St. Petersburg. In this case, the author shows the poet in a proud pose, defiant, emotional. The hero pose with crossed hands – reveals the image of Pushkin as a rebel, looking to the future, ahead of his time. This monument is associated with many legends. Tell that when the city fathers had the idea to move the sculpture to another location, then for “his” Pushkin said the children from the neighboring houses. They surrounded the monument and didn’t miss work. Officials lost children. 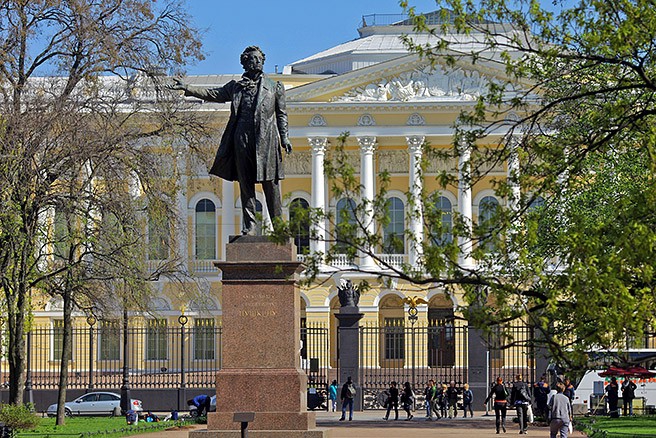 In St. Petersburg on arts Square, stands a monument to the poet, established in 1957. Author was the renowned sculptor Anikushin. Here we see Pushkin enthusiastically reciting poems. An open posture, a gesture, open face. It is known that the author was not satisfied with their own work and several times it was altered, trying to find the only option that reveal the complex image of the great poet. 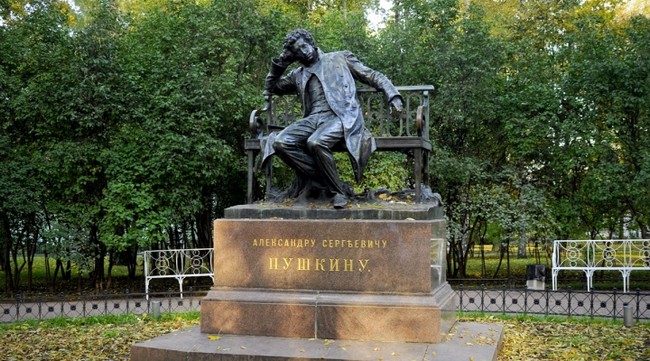 An interesting monument of the young Pushkin in the Lyceum garden in Tsarskoye Selo. The sculptor R. Bach, portrayed the hero sitting on a Park bench and compose poetry. We know that of all the proposed options, the project Bach chose personally to Nicholas II. 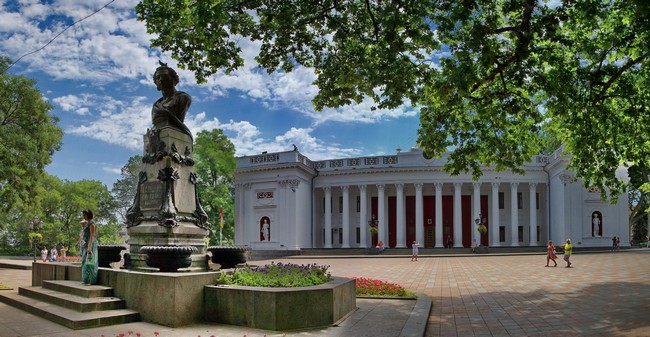 Among Ukrainian monument to Pushkin stands out for its artistry bust of the poet installed in Odessa on the Primorsky Boulevard. Funds for a monument collected all of Odessa. Someone donated $ 100, someone a few cents. Odessa is a legend that the bust of the poet installed “back” to the city Council, which refused to allocate funds for the installation of the monument. In fact, thanks to the financial support of the city authorities to install the monument was made possible. 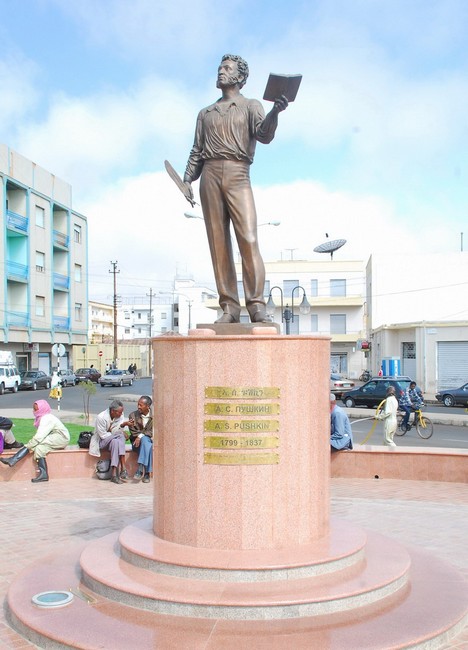 Pushkin monument was recently installed in the Ethiopian capital, Addis Ababa. The author of the monument was Alexander Belashov, a famous Russian sculptor. His Pushkin sobralaen in a moment of extraordinary inspiration. In one hand he holds a notebook, a pen in the other… it is Interesting that, despite the fact that Ethiopia is the birthplace of the ancestors of the poet on the maternal side, the people themselves African countries almost never know. A sculpture called the “Russian pilot”, the “Russian saints”…