The musée d’orsay in Paris, the location on the map 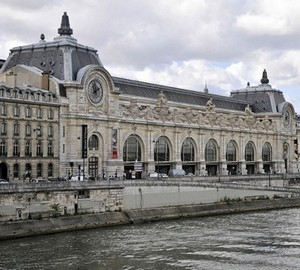 No matter how great is the glory of the Hermitage or the Louvre, but in light of the many other famous art museums with wonderful collections of paintings, sculptures and other works of art. And one of them is literally two steps from the Louvre. To get there, we must cross the bridge to the other side of the Seine and short walk along the promenade downstream. Opposite the Tuileries gardens, stands the building of the musée d’orsay. It gathers together works of French art spanning the period from the mid-nineteenth century until 1914, the outbreak of the First world war.

But this Museum is famous not only for its rich collection. It is interesting, and that is in the building… former train station. Then its curious history. The Orsay station built in the late nineteenth century At the time it was the most technically advanced of all Paris stations are equipped with escalators for Luggage and elevators for passengers. In addition, it was the most beautiful train station — the huge Central hall with a glass dome was decorated with frescoes and stucco. In addition, the station building housed the hotel’s 370 rooms with magnificent dining and reception rooms. From the station d’orsay in Bordeaux, Nantes, Toulouse daily took several dozen trains.

However, by 1939, was laid more than a convenient train routes, and the station has completely lost its transport significance. For several decades the building served a variety of random objectives, and with the 60-ies have even started talking about its demolition. But in 1986 there was opened a Museum of art. 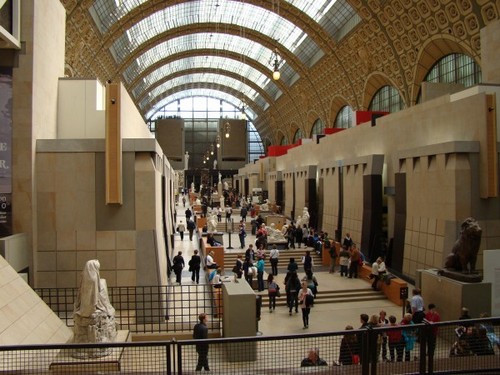 This decision proved to be very successful. High glass dome gives exhibits great natural light. Spacious station building is allowed to contain a huge exposition — in the musée d’orsay moved paintings and sculptures that were in other museums, including the Louvre. Convenient and location d’orsay in Paris. And here already the second decade of this Museum is visited daily by thousands of people.

What is interesting is the collection of the musée d’orsay?

In the musée d’orsay presents French art, and a certain period of time. Since the mid-nineteenth century until the outbreak of the First world war in France were masters in different artistic directions — millet, Renoir, Cezanne, Degas, Gauguin, Rousseau, Signac, Toulouse-Lautrec… But the special pride of the Museum d’orsay of paintings of the impressionist artists. This is a special and very interesting direction in painting, whose name comes from the French word impression – the impression has developed in the last third of the XIX century, At that time a group of young French painters, made for the renewal of art for a waiver of strict and photographically accurate drawing. The basis for the film, in their opinion, was a unique moment stopped by the artist’s gaze.

The audience, brought up on classical samples, scattered on the canvases of the impressionist colour spots, blurred outlines of objects initially caused confusion and bewilderment. From critics too. And the artists Claude Monet, Auguste Renoir, Edgar Degas, Camille Pissarro, Edouard Manet, Paul Cezanne, Alfred Sisley, in spite of everything, opened an exhibition of his works over the other. The largest collection of works of artists-Impressionists in France gathered in the Musee d’orsay. Among them – “Cathedral at Rouen” by Monet, “ball at the Moulin de La Galette” by Renoir, “Woman with coffee pot” by Cezanne, “the Flood at port-Marly” Alfred Sisley, “the luncheon on the grass” by Manet… 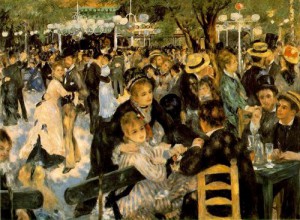 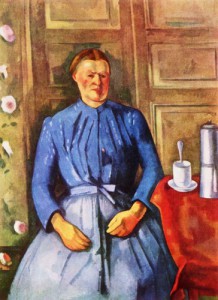 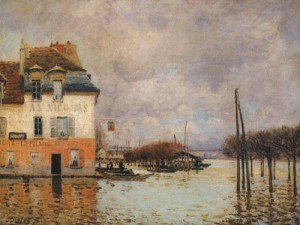 The Impressionists changed conventional ideas about art formed since the Renaissance. And artistic searches continued in the other, sometimes quite unusual direction in painting. The start of one of them – pointillism – put Georges Seurat. His paintings are at first surprising: instead of the exact pattern and rich colors, small strokes, similar to point. And the pointillism is French and means “writing points”. 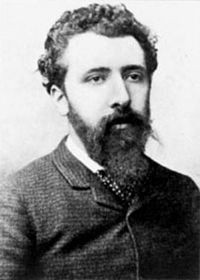 By the end of 70-ies of the XIX century, when the young artist Seurat studied at the Paris school of fine arts, impressionist paintings, with their unusual color spots and blurred contours are already recognized. New works by Monet, Pissarro, Degas and other famous Impressionists, the audience greeted with enthusiasm. Not wanting to be a mere imitator, a young artist looking for his way.

Seurat was fond of the study of optics, I read many scientific papers. According to the views of the physics of optics, colors in nature consist of many different lighted colors. And the man takes them because they are optically “mix” on the retina. And Sulfur as it has decided to lay on the canvas for the complex tones of pure color separate strokes clearly visible, again giving the “mixing” them with the eye of the viewer… Artistic method used Sulphur and other painters such as Signac, whose works are also represented in the musée d’orsay. However, visitors will find in its halls, many fine paintings and “traditional” artists of the older generation – Corot, millet, Courbet.

And the musée d’orsay and exciting departments of French architecture, photos, design furniture… in Addition, the Orsay is one of the most modern museums in the world. Visitors can use computers that are in the memory which contains images, exhibits and associated with each of them the information.