The Museum “House Of Juliet” 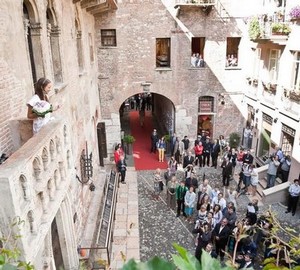 For tourists arriving in Verona, the first thing I want to visit a Museum called “Juliet’s House”. Yes, the Juliet, the tragedy written by Shakespeare, famous all over the world. The house in which the Museum is located more than 700 years, and “Juliet’s balcony” it was only in the 20th century. This is the house in which lived a family Capello (Shakespeare gave them the name of Capulet), and which is very in detail described in the works of Shakespeare.

This house has its own destiny. In 1667, the Capello family sold their homes to the family of Rizzardi, which are made in house, something the type of hotel. Here often stayed overnight travelers, and the owners told them about living here earlier Shakespearean heroine. In fact, the house was no different from other buildings of Italy. In 1907 it was put up for auctionwhere it was purchased by the city authorities. After that it was decided to organize a Museum.

The authorities of Verona are not in a hurry to carry out restoration work, and we can say that this would have lasted a hundred years, if not… If not for the film “Romeo and Juliet”, which was directed by George cukor in 1936. This case was the beginning of a new life “Juliet’s House”, again revived interest in Shakespeare’s work. The restoration was completed in a few weeks, and the Museum was opened for visitors who were there in large numbers.

The first thing Museum visitors enter the courtyard, where a beautiful arch in the Gothic style immediately draws the attention. In the background is the wall of brick, in the garden of a powerful column. Immediately struck by the balcony, which is very beautifully executed. It’s hard not to recognize him as the Balcony Love of Romeo and Juliet. In the process of restoration of the balcony used the carved slab of the 14th century, under which kissing young couples – they believe that they have nothing and will never separate. 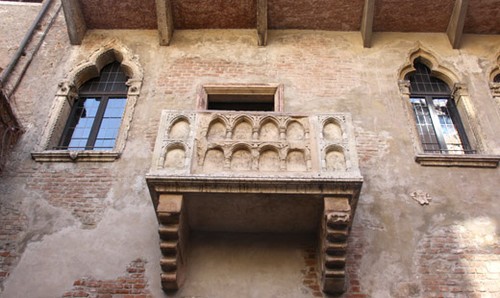 At the entrance to the house is a sculpture of Juliet, made by Nereo Constantini in bronze. All I really want to be photographed with the sculpture, so it is most in the house is guarded by Museum staff. There is a belief that touching the right breast of Juliet, luck and love will “haunt” you forever. 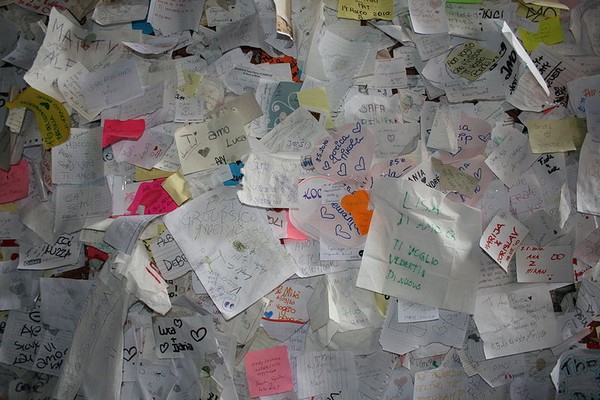 In the house you can see everything connected with the work of Shakespeare, as well as various films made of the tragedy. Also in the house you will see a variety of paintings, photographs, costumes and more. 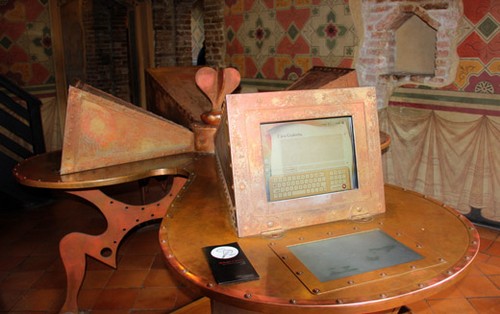 Tradition lovers, visit “Juliet’s House“, he began to leave love notes directly on the walls of the Museum. And for those who wants to confess his love to Romeo or Juliet, on the top floor of the house there are computers, which can send an electronic letter to your favorite character.