The Museum of historical treasures of Ukraine, Kiev 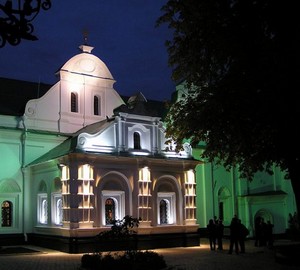 To know the aesthetic ideals of the peoples of Ukraine, who lived in the past centuries and up to our our era, it is necessary to look at the wonderful Museum of historical treasures. It is a branch of the National Museum of ancient history of Ukraine. There are many collections of precious stones and metals, which are of historical and artistic rarities. This Museum is in Kiev.

Of the largest collections reflecting the 3-4 Millennium BC, it is possible to allocate the collection with the jewelry. It presents objects from the bronze age and early iron age. Of great interest are the items dated 7-3 Millennium BC, which were produced by the Scythians, Cimmerians and Sarmatians. These tribes lived in the forest-steppe and steppe of Eastern Europe. 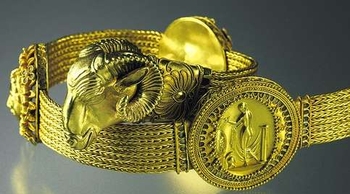 Through numerous excavations, archaeologists found a large number of gold jewelry to clothing also was found a lot of silver jewelry. These decorations were intended for weapons, ritual chalices, vessels, horse harnesses. Large collection of jewellery for women, this included: earrings, various pendants, sculptured miniatures of the hryvnia. In those days the hryvnia is worn around the neck, in the form of a twisted Hoop. Of special interest are the collections of beads, intricate patterns and variety of shapes can be freely compete with modern collections of necklaces, and even to surpass them.

Historical excavations shows that the jewelry was made in the Northern black sea, which belonged to the Greek city-States of Greece and Asia Minor. According to legend the wizard came from the cities of the Chersonese, Olbia, Panticapaeum.

Passing through the halls, you can admire the exhibit, worthy of adorning jewels collection – a gold pectoral, which was found during the excavation of the Kurgan called Fat Grave. This ornament was worn by the Scythian king, according to legend, it was made by the ancient master. The decoration dates back to the 400-anniversary of the BC. 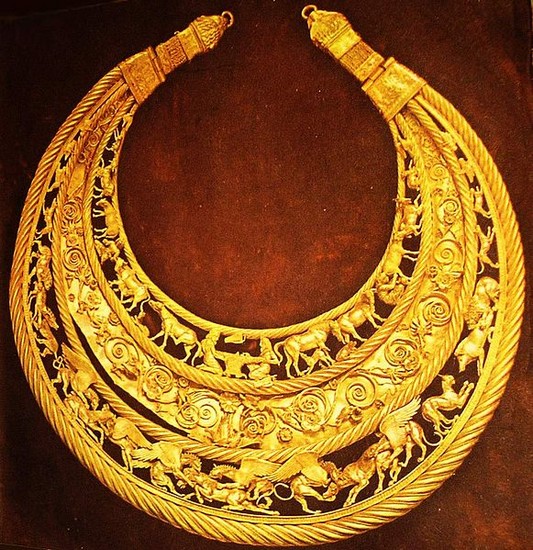 And what beautiful products are made by the nomadic peoples of the Turkic group, which included the Tatar-Mongols, Pechenegs, Huns, Cumans, Avars. Just not to look away from the exhibits of weapons and harness and personal ornaments, framed with various precious stones, some encrusted with poludragocennye.

Considerable interest is jewelry, made by masters of the Eastern Slavs 6-8 centuries and masters of Kievan Rus 9-13 century, which were applicable technique of cloisonné and champlevé enamels. The term “enamel” only appeared in the nineteenth century, before the enamel, called “enamel”. The technology of the obtaining pattern of the enamel is a process that can be repeated hundreds of times, but in the end result, it turns out the original masterpiece artwork, an exact copy which it is impossible to repeat. 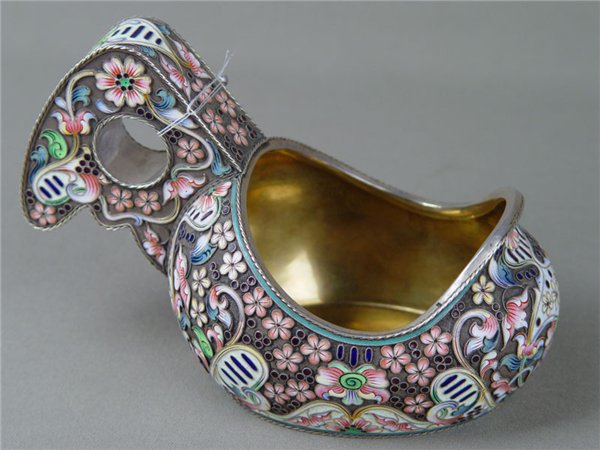 In the Museum you can get acquainted with the compositions of the masters of Kievan Rus, which consisted of mythical images, subtle ornaments of geometric and floral motifs. Particularly elegant look of Golden decoration with coloured shades of enamel.

All exhibits in the Museum show the descendants of the process of formation of the artistic creativity of Ukrainian artists of the past and present time.