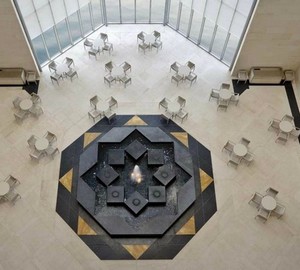 The Museum of Islamic art was opened in 1881. Is in Cairo. Today it is one of the most popular museums in Egypt, which collected more than 60 thousand exhibits, telling about the life of Muslim people. It is the largest Museum in the East this kind.

Islam is a very complex religion which for many centuries were forbidden images of living creatures. Therefore, Muslims have a very well developed ornamentation. As you might guess, the word “Arabesque”, meaning a complex, unique ornamentation, it’s in Russian-speaking countries from the East.

In the Islamic Museum you can see various tombstones, weapons, coins, very beautiful jewelry made of precious stones, products made of wood, beautiful fabric, ceramics, a beautiful marble fountains, objects of glass and metal, carpets, manuscripts and, of course, extremely beautifully decorated Karana. The Museum also presents works of calligraphy, as the art form is very well developed in the Arab countries. Basically there are exhibits of Egyptian art, but also there are items imported from other countries.

In addition to the main exhibits at the Museum of interest is the famous collection of miniatures that were made in the 10-12 centuries, in the Fatimid era. This suggests that in Egypt in those days there was a good school of miniature painting.

During the excavations in 1932, was found unique wall painting, which depicts people. This work was immediately handed over to the Museum of Islamic art, and now she is its rightful place.