The national Museum in Lviv im. A. Sheptitskogo, Ukraine 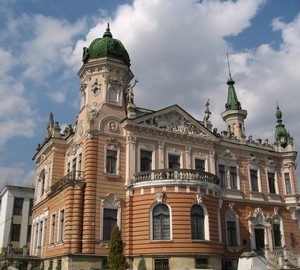 The history of this wonderful Museum is truly quite interesting. Because of his long life he managed to change many names, and its creation and content, did a lot of great people of Ukraine. But let’s consider everything in order.

Official date of creation of the Museum is the February 1905 And established he was not just a patriot, but a clergyman, who was at that time a high position in the Church hierarchy. National Museum of Lviv was founded by the Metropolitan of the Greek Catholic Church Andrei Sheptytsky. Initially, the purpose of the Foundation of the Museum was the preservation and enhancement of monuments of history and culture of Ukraine. And the first title was “the Church Museum”.

By the way, Andrey Sheptytsky is rightfully considered the father of the founder of this wonderful Museum. After all, the Museum was based entirely on its means, and initially, all the exhibits of the Museum (about 10 million) also came from his personal collection. Is not in any case forget about the Museum building itself which was also the money spent of the priest Andrey Sheptytsky. To represent the exposition was purchased Villa on the street Magnitskogo, now ul Dragomanova.

In 1911 the Museum received its second name, which sounded like “the national Museum. The jubilee research Fund of the Galician Metropolitan Andrey Sheptytsky”.

In the Soviet period, the Museum has undergone great changes. So he has twice changed the name. The first name of the Soviet period was the “State Museum of Ukrainian art”, and the Lviv Museum of Ukrainian art. In addition to the name changed and the exhibits, the Museum started to bring items from many other museums that were closed in the Soviet era. So the national Museum of Lviv has at its disposal the exhibits of Theological scientific society, the people’s house, the library of the Basilian order, the religious society “Prosvita” of Lviv, the Greek Catholic Metropolitanate and of the Chapter, NTSh and many others. The total number of exhibits amounted to over 80 thousand.

After you began a period of restructuring, which did not pass the Museum side. So, the Museum moved to a new location, located at Liberty, 20, and changed the name to “the national Museum in Lviv. Scientific and artistic Foundation of Metropolitan Andrey Sheptytsky”. And finally in 2005 the Museum was again renamed and received its current name.

In conclusion, I would like to say a few words about the Museum. At the moment the Museum includes more than 117 thousand items. A visit to this beautiful place, will be the log all lovers of art and history.