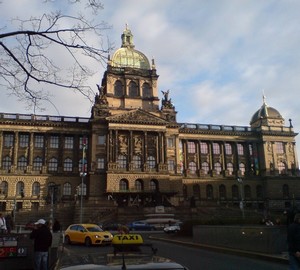 We can say that Czech national Museum consists of a number of Museum institutions, such as libraries, castles and exhibitions. Some even outside of Prague or in other cities.

The main building of the Museum is not very large (70 meters height and 100 meters in length), but very beautiful. Architect Josef Schulz. Atop the building is a huge dome under which are gathered the greatest exhibit of culture of the Czech people. This building, the Czechs cherish and appreciate.

The Prague Museum was built in 1818. The most important Department of the Museum – history, the time was headed by františek palacký. He contributed to the fact that the Museum began to publish various scientific publications in the Czech language. The first such publication was issued in 1827.

Closer to the 19th century, the Museum began to expand, and to the 20 th, it was divided into two huge collection. So there was the Czech Museum of music and Museum of American, Asian and African cultures.

In 1968, during the war, the national Museum building was very damaged. Traces of bullets can be observed so far. 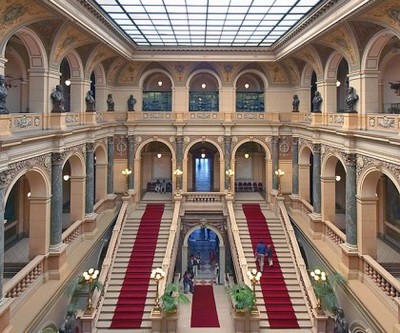 The Museum will tell its visitors about the history of the Czech state. Visitors to the Museum can see the library which houses more than 8000 manuscripts. On the second floor of the main building there are coins, medals and other artifacts that are produced as a result of archaeological expeditions.