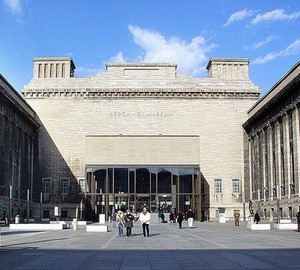 The Museum is open from 10:00 to 18:00 every day except Thursday (from 10:00 to 20:00)
Welcome all visitors to our website! Today we talk about the Pergamon Museum, which is located in the heart of Berlin. This is truly the greatest Museum of modernity. The process of building the Museum was long and heavy. The first building of the Pergamon Museum was constructed in the distant years 1897-1898 And 1901, in the Museum became the first visitors. In this period of existence of the Museum, the exhibition was a variety of interesting architectural finds from Pergamum and Priene (that’s why museums and got its name).

But the number of exhibits in the Museum was, and besides, in the Museum building, in the basement, found the crack, so it was decided to demolish the Museum, and in its place erect a new building. Already in 1907 by Alfred Messel (the famous architect of that time) started to design a new building for the Museum, but in 1909 he died and so his work continued not less than a talented architect Ludwig Hoffman, who was a friend of Messel.

The first World war and a revolution took place in Germany very bad impact on the construction of the building to the Pergamon Museum. Only in 1930 the project was completed. But the troubles didn’t stop. During the Second World war greatly affected the exposition of the Museum, which, by that time, already included the finds from Babylon, Assyria and Egypt. 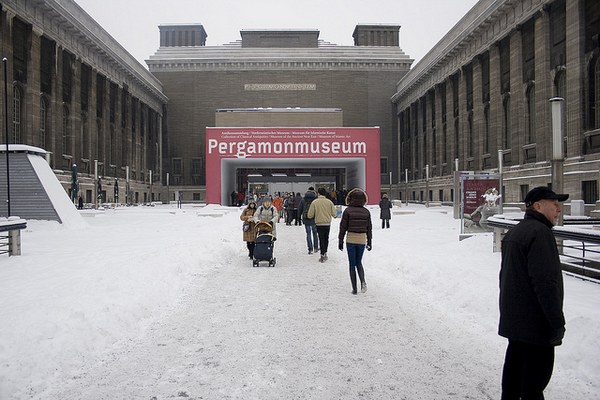 It should be noted that after the end of the war, many of the exhibits were taken to the Soviet Union. In our days most of the exhibits returned to the Museum, but some are still kept in the Hermitage and the Pushkin Museum. Pushkin.

The Pergamon Museum is visited every year by about one million people, making it the most visited Museum in Berlin. At the Museum you can meet anyone, including the current Russian and foreign “stars”. Then there was Boris Grebenshchikov, Karl Lagerfeld, Viktor Yanukovych, Tom Hanks, and it is far not the full list.

Before you start talking directly about the Museum, I want to tell you about one funny incident that happened not so long ago. When members of the press (and they go there quite often) asked one of the guards of the Museum to show something “interesting”, he did not think, took everyone to the roof where indicated on the camcorder, with which the Museum guards tried to look in the window of the apartment of Angela Merkel. I must say that they failed, but the next day, German Newspapers were already full of headlines “the Guards Pergamon Museum looked into the bedroom of the Federal Chancellor”.

About the exhibition Pergamon Museum

Antique collection, the near Eastern Museum and the Islamic art Museum are the three main displays of the Pergamon Museum in Berlin. 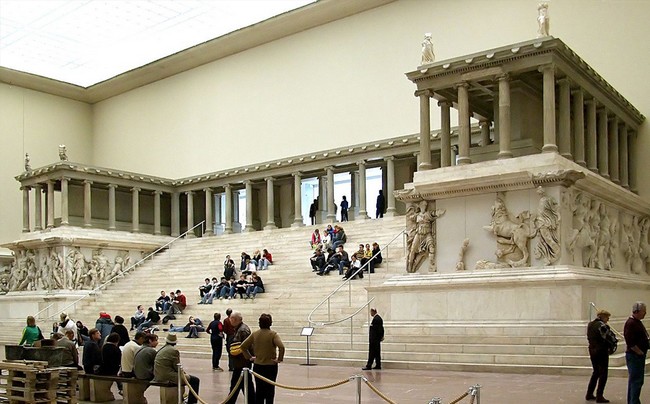 The original Museum building was built for the most famous exhibit – the Great altar of Zeus. The piece was discovered by Carl Humann when he came to Turkey to build roads and bridges. But the true reason for visiting this country was the excavation of the Kingdom of Pergamum, where it was found the altar. The Turks, at that time, few were interested in the value of the altar, so soon he found himself in Germany. The altar depicts the battle of gods and titans, and dedicated to Zeus and Athena. 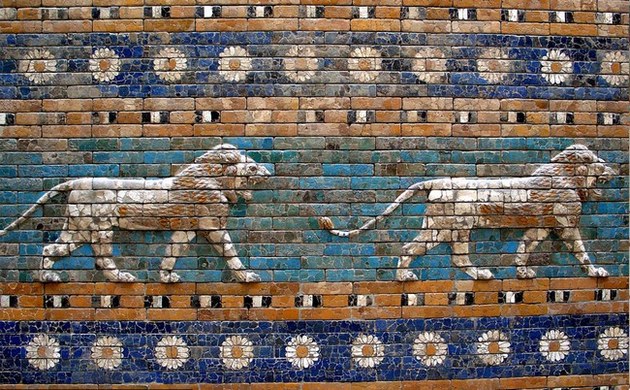 No less popular in Pergamon Museum are Assyrian reliefs. They depict a variety of mythical creatures, animals, military procession. The West Asian room you can see the main gate of Babylon dedicated to goddess of Ishtar. 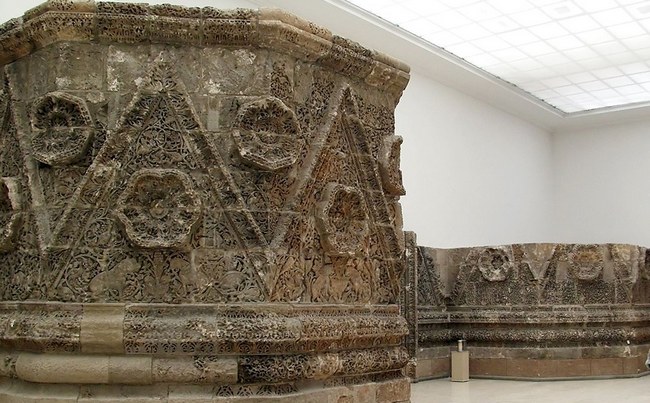 Moving to the second floor of the Pergamon Museum, where the Islamic exhibition. The epicenter here is the frieze that decorated the façade of the Umayyad castle. It is very huge and beautiful. It is possible to see interesting figures of animals and plant patterns that were carved by ancient stonemasons. I must say that the frieze was completely destroyed. The Museum bit by bit restored it, and now everyone can see it the Pergamon Museum.

Also in the Islamic exposure (it was opened in 1904), you can see a unique collection of rugs, which gave the Museum, Wilhelm von Bode (well-known Berlin historian).

Another famous name Museum – the Pergamon.